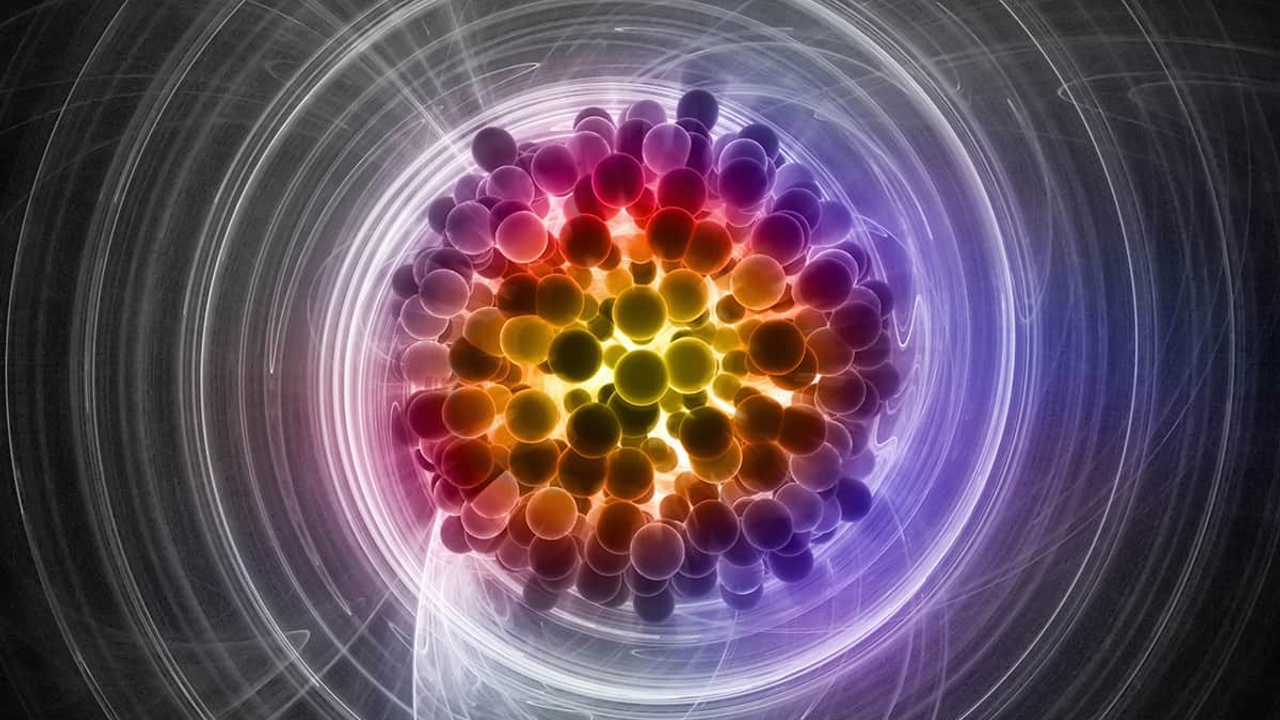 What happens when we heat atomic nuclei at high temperatures? We eventually achieve a new state of matter called quark-gluon plasma. Quark-gluon plasma may be defined as a state of matter in which the elementary particles that make up the hadrons of baryonic matter are freed of their strong attraction for one another under extremely high energy densities. These elementary particles comprise quarks and gluons. Quark-gluon plasma mainly occurs when the temperature is so high that the protons and neutrons literally melt! Physicists are trying to probe this state of matter in high-energy collisions at particle accelerators around the world with the aim to know more about its properties and interactions.

The formation of quark-gluon plasma is important because it imitates the earliest conditions in our universe, nearly about 20μs after the Big Bang. Thus, it is being probed at facilities like the Relativistic Heavy Ion Collider (RHIC) situated at the Brookhaven National Laboratory in order to recreate the Big Bang scenario and study the high energy conditions that resulted in the genesis of matter from the elementary particles constituting the quark-gluon plasma.

Recently, based on an advanced model of nucleus-nucleus collision and hydrodynamic evolution of quark-gluon plasma produced as a result of the collision, a team of physicists set new limits on the size of nucleons [1]. According to their paper published in PRL, this has high potential when it comes to studying heavy-ion collisions and is supposed to establish a solid connection between the flow data in nucleus-nucleus experiments and data on deep inelastic scattering on protons and neutrons that constitute the colliding atomic nucleus.

The work described above provides insight into the relationship between quark-gluon plasma and the size of protons and neutrons. Interestingly, physicist Nassim Haramein has propounded multiple discoveries related to protons. He provided an estimate for the charge radius of the proton, the standard model value of which was in disagreement by 4% [2]. He also compared the model of protons to cosmological black holes, theorizing that a proton in many regards is similar to a Schwarzschild black hole [3].

It has also been explained in an earlier article by RSF research scientist Dr. Ines Urdaneta that the proton has been incorporated as the holographic unit of the universe in Haramein’s Generalized Holographic Model (GHM). The GHM model suggests that the proton contains all the information and which also provides a resolution to the longstanding problem of proton decay. The reader is advised to go through her article to understand the full context.

It is thus explicit that the GHM model and consequences posed by quark-gluon plasma, some of which have been described in this article, go very well together and with the development of the new paper, which is aimed at unifying the fundamental forces utilizing the Planck plasma dynamics, we are expected to uncover more properties of QGP including new insights on its fractality which has already been realized in the physics community.