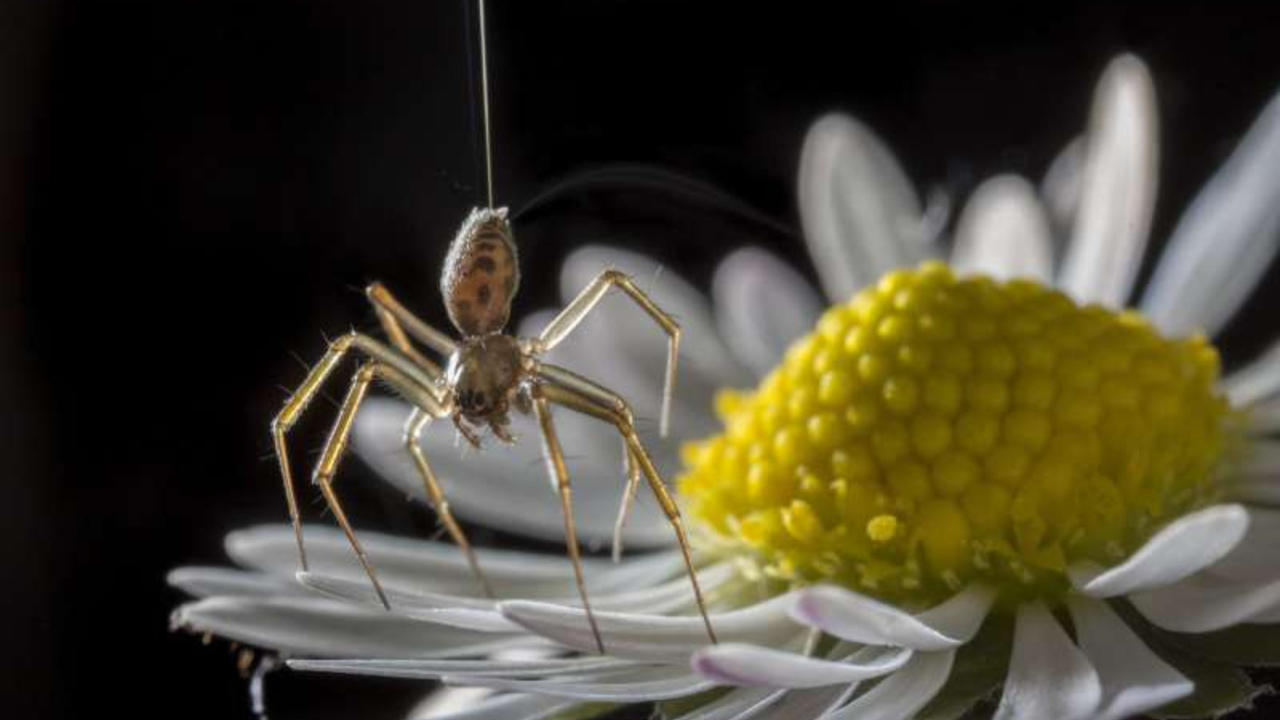 Small spiders achieve flight by aiming their butts at the sky and releasing tendrils of silk to generate lift. Darwin thought that electricity might be involved when he noticed that spider silk stands seemed to repel each other with electrostatic force, but many scientists assumed that the arachnids, known as “ballooning” spiders, were simply sailing on the wind like a paraglider. The wind power explanation has thus far been unable to account for observations of spiders rapidly launching into the air, even when winds are low, however.

Now, these aerial excursions have been empirically determined to be largely powered by electricity, according to new research published in Current Biology. Led by Erica Morley, a sensory biophysicist at the University of Bristol, the study settles a longstanding debate about whether wind energy or electrostatic forces are responsible for spider ballooning locomotion.

In the last decade, doubts about the wind power explanation for arachnid flight have mounted alongside observations of spiders ballooning when winds are not strong enough to lift them even a few feet, let alone for thousands of miles. The animals can also reach high altitudes—sometimes five kilometers (three miles) above Earth’s surface—which would be difficult to accomplish with thermal air currents alone.

In 2013, Peter Gorham, a physicist at the University of Hawaii, calculated that it was theoretically possible for spiders to use their silk to conduct static electricity as a means to fly, but Morley’s team is the first to confirm this in the laboratory.

Morley and her team placed Linyphiid spiders in a lab-controlled electric field with charges similar to Earth’s atmosphere, so the group could directly observe the impact of electricity on arachnid flight. The spiders ascended into the air when electric fields were present, and descended when the team turned them off, demonstrating a clear correlation between electrostatic forces and ballooning ability.

Wind also plays a role in spider voyages, but the new paper establishes that the rapid launches, even in calm weather, can be explained by electrically conductive spider silk. Morley hopes to expand on this finding by studying other ballooning insects, like caterpillars and spider-mites, which can shed light on the incredible journeys and global distribution of these tiny fliers.

Almost two centuries after Darwin noted the odd repulsion between the spider strands, his hunch about electrically-powered flying spiders has been proven right.