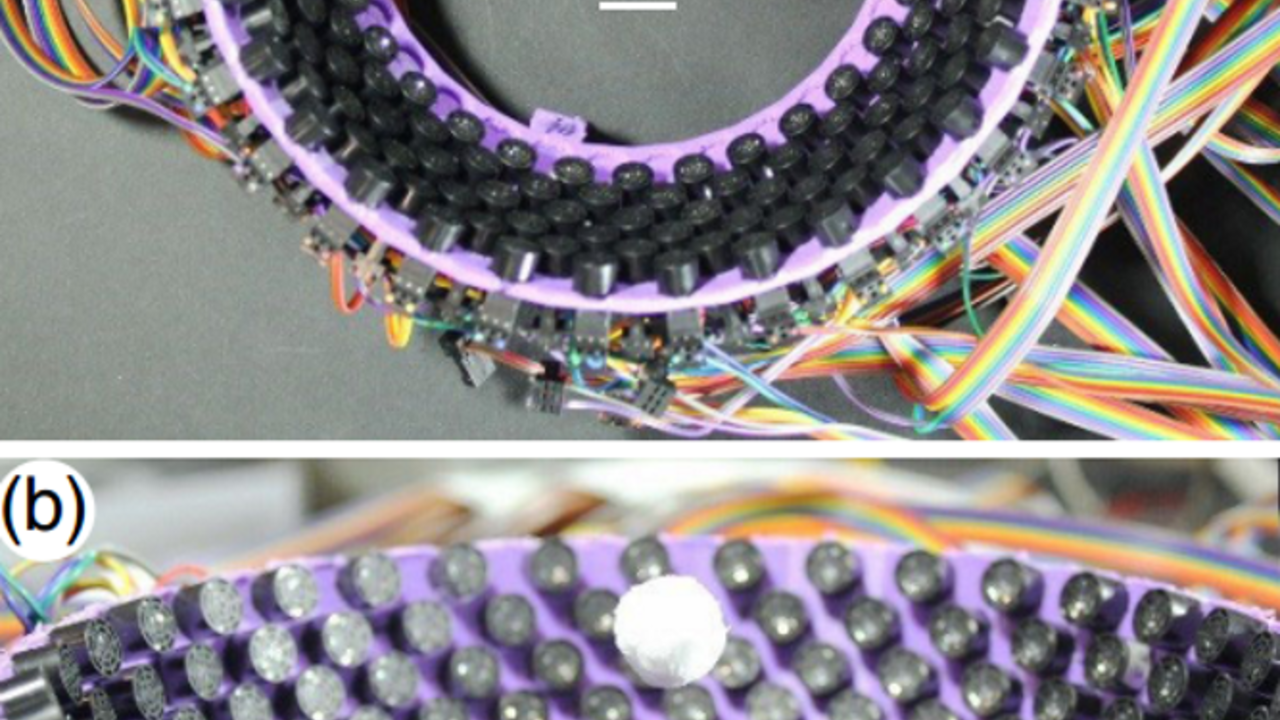 It is remarkable what can be achieved with acoustic waves. During the last two decades, scientists have demonstrated photon creation with the sonoluminescence effect, acoustic levitation and sound hologram. Acoustic vortices are another interesting effect. They have been extensively studied for their ability to trap particles and recently a team achieved the stable three-dimensional trapping of Rayleigh particles (i.e., particle with a radius smaller than the wavelength a ≪ λ).

These acoustic vortices are wave fields with a screw dislocation in the phasewave front and an amplitude null on the axis pin. These helical wavefronts can be generated using various methods among which stands out the use of phased array systems because they allow to electronically control the acoustic beam by means of the application of a given delay law to the array elements.

Acoustic researchers had been frustrated by the size limit for years, so it’s satisfying to find a way to overcome it. I think it opens the door to many new applications.

Recently, a team from the University of Bristol succeeded in trapping small particles in a three-dimensional acoustics traps. Basically, they created the basis for a tractor beam. They demonstrated stable trapping inside acoustic vortices by generating sequences of short-pulsed vortices of equal helicity but opposite chirality. This produces a “virtual vortex” with an orbital angular momentum that can be tuned independently of the trapping force.

The first results were obtained for airborne acoustic vortices, but simulations suggest that the instability due to accumulation of orbital momentum also affects vortices in other media, such as water or blood. It is possible that virtual vortices will allow novel applications in particle centrifugation and manipulation of arbitrarily sized particles. Therefore, the introduction of virtual vortices will extend the current uses of acoustic levitation to allow larger objects to be manipulated and their rotation controlled.

Acoustic tractor beams have huge potential in many applications. I’m particularly excited by the idea of contactless production lines where delicate objects are assembled without touching them.

Bruce Drinkwater, Professor of Ultrasonics from the Department of Mechanical Engineering