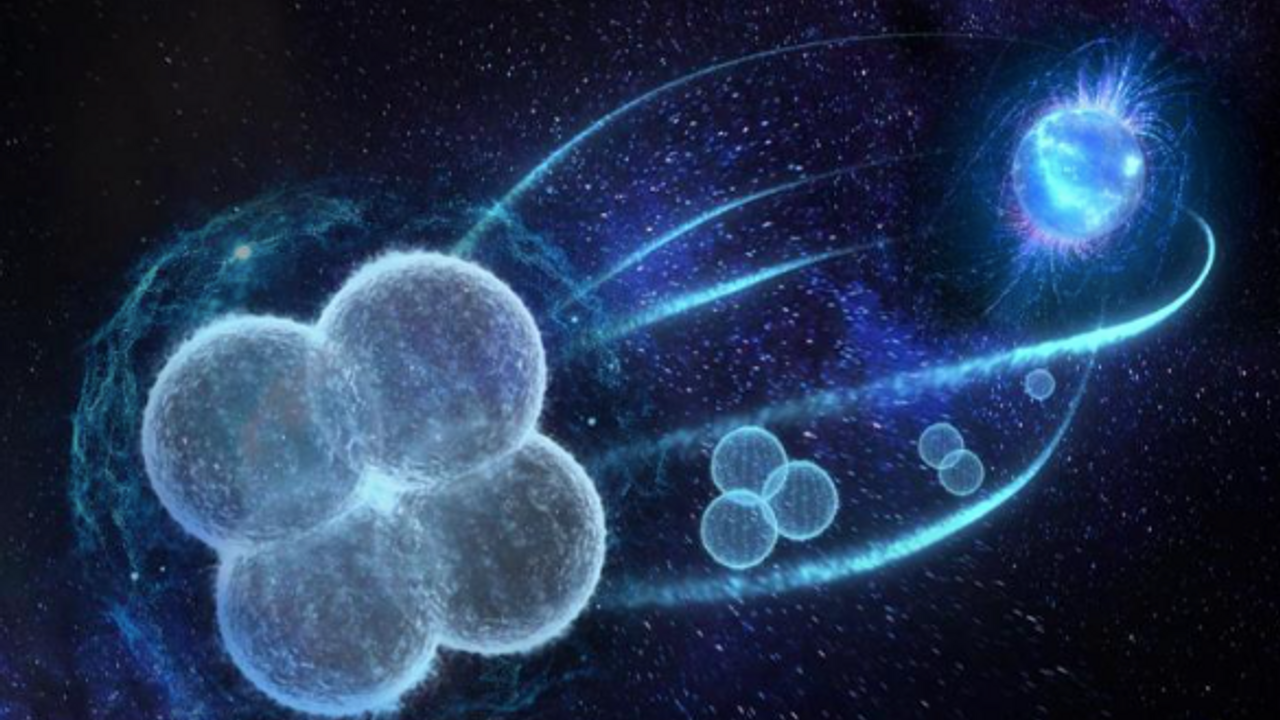 Tetraneutron, as the name suggests, is a hypothesized cluster of four neutrons bounded together as a single and compact stable system. It is generally believed that the tetraneutron state is not a long-lived phenomenon and would be observed for a temporary period which is less than a billionth of a trillionth of a second and ultimately gets decayed. Scientists call this state a resonance, as viewed from the window of particle physics. Also, from the theoretical standpoint, the existence of this 4-neutron state is not much supported by the standard mainstream models of nuclear forces and its physical existence would also mean that the foundations of our understandings regarding nuclear forces and their interactions would have to be significantly revised.

Now, a team of researchers from the Technical University of Darmstadt in Germany has published a paper in Nature reporting the experimental detection of this strange exotic state [1]. The team has thus confirmed its theoretical prediction which was made 6 years prior to this experiment [2].

The figure below shows a schematic representation of the experiment that was conducted at a Japanese research laboratory called RIKEN. An atomic nucleus of Helium-8 collided with a target proton at rest and the momentum of the scattered proton was measured along with the momentum of the alpha particle, that escaped in a different angular direction from the beam axis.

Despite the experimental detection, there has been skepticism surrounding this phenomenon by some experts in the scientific circles pointing primarily in the direction that the foundations of this phenomenon are not being understood correctly. One of the critical claims is that the observed resonance is not a true one. According to nuclear physicist Natalia Timofeyuk, the bound state of neutrons could have resulted because the neutrons may have just retained a “memory” of their arrangement inside the atomic nucleus of helium-8.

It is probably not the first time that the detection of the tetraneutron has been experimentally probed [3]. However, talking of the previous investigations, one of the main problems has been concerning the reproducibility of the observations since the results of those experiments were not reproduced, not even with methods different than those employed in the original experiment by Marques et al.

It would be interesting to see whether the recent results by Duer et. al. is being replicated again on different occasions. It is however quite unlikely that the findings of the recent experiment would be failed to be reproduced given the enhancement of the results this time. The support for this optimism is essentially twofold,

A lot more is yet to be revealed about the nature of the tetraneutron and future probes along the lines of the recent experimental detection should coherently throw more light on the properties of this exotic state of matter.

Nassim Haramein, in his upcoming paper, would address the unification of all the fundamental forces which would be based on his modification of the holographic approach called the generalized holographic model. As we have noted in this article, the detection of the tetraneutron would also mean modifying our understanding of nuclear forces. This modification would compel us to probe the laws governing the nuclear forces from a first-principles understanding which has already been considered by Haramein et al and is also a prime feature of his framework which makes it unique. The first-principles approach toward the unification of forces would be explicated even more clearly in the upcoming paper.