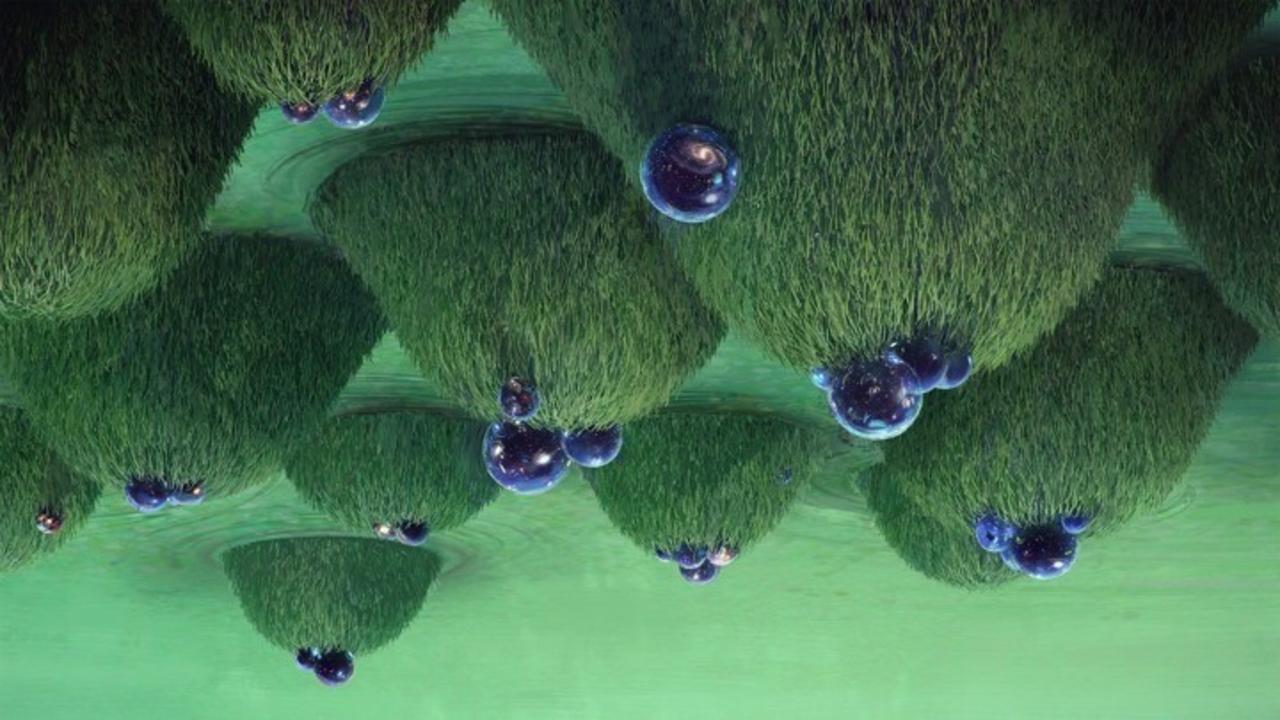 The universe as we currently understand it may not be allowed to exist – at least according to the cosmological model of string theorists.

To understand the behavior and evolution of the universe, cosmological models provide a mathematical description capable of making validated predictions. Current models are based on Einstein’s general relativity and assume a ‘flat’ universe – that is a universe that appears flat on large scales. Within this framework the geometry of the universe can then be described as a closed ‘de Sitter’ universe or open ‘anti-de Sitter’ universe.

Observations show that the universe is expanding at an ever so-slightly increasing rate and that as it expands the vacuum energy remains constant. The best cosmological model to describe such a universe is an inflation model which occurs in a quasi-de Sitter universe – that is an almost de Sitter universe – as the presence of matter and structure does not allow for a purely symmetrical universe.

String theory offers one hundred cenquinsexagintillion (10^500) universe landscapes to work with. However even with this wealth of possibilities it has not been able to find our quasi-stable de Sitter universe. In a recent paper published by Georges Obied and his colleagues a possible explanation for this has been put forward, in which they propose a criterion for which kind of universes are allowed to exist and those that are not. The resulting ‘allowed’ universe points to an expanding universe in which the vacuum energy decreases at a rate above a specific lower limit. Thus, according to string theory, the much loved quasi-de Sitter universe is not allowed.

That is unless the density of dark energy in our universe instead takes a form called “quintessence”—an energy source that will gradually diminish over tens of billions of years.