Marshall Lefferts has been a student of Nature since the age of five when he made his first trip to a remote cabin in the deep wilds of the Adirondack Mountains with his parents and brothers. Fifty-seven years later, he still goes to that cabin and listens intently to what Nature wishes to teach him, and much of what is shared in his book, Cosmometry, has come from those magical and insightful experiences. He also began studying music at the age of eight and is now a multi-instrumentalist, performer and composer.

In his first year of college in 1978, following a spontaneous epiphany of awakening, he began studying the martial art of Aikido and became inspired by the writings of R. Buckminster Fuller, having the good fortune of meeting Bucky the following year. Veering away from traditional academia into the indigenous education of the great Universe-ity, Marshall has traversed an unconventional path in service to the bigger picture of what’s going on here on planet Earth during this time of critical transition. 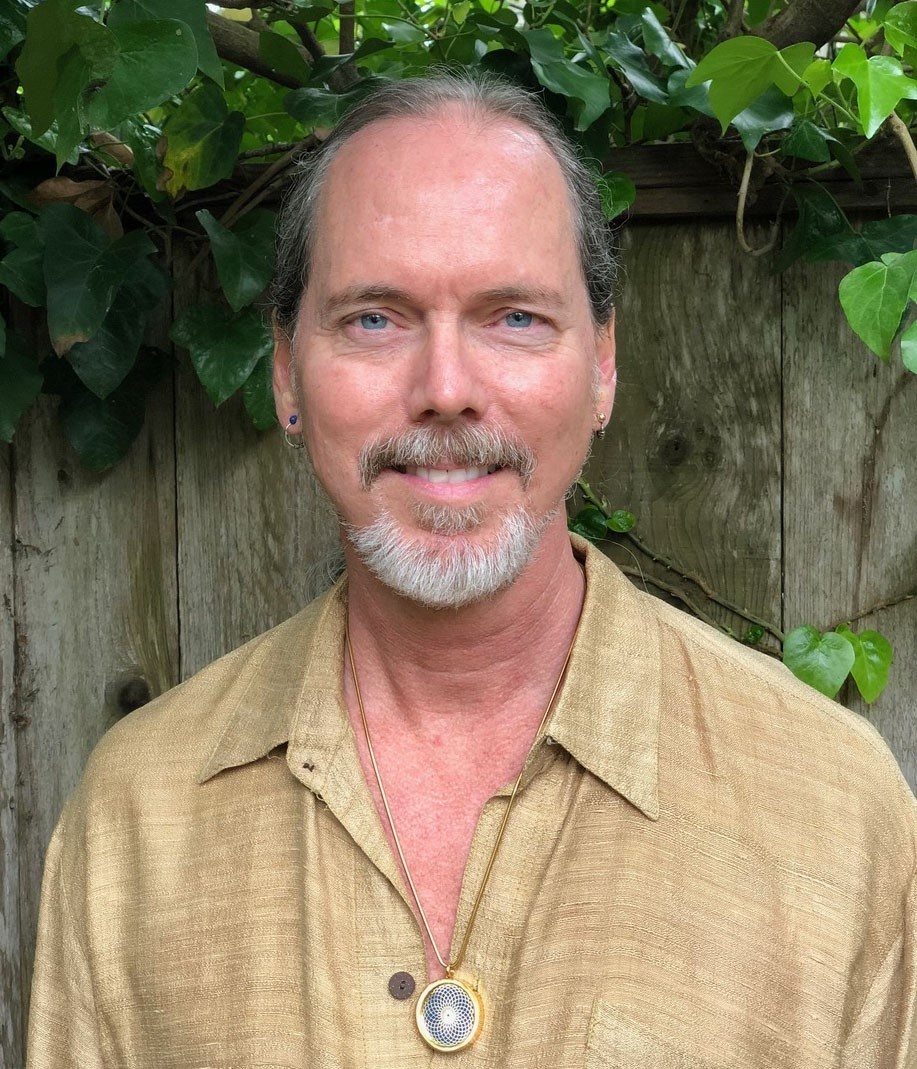 Along the way he became a Producer of media projects, starting with Star Trek CD-ROMs in the early 1990’s, then co-producing a short film about Mars Pathfinder for the Jet Propulsion Laboratory in 1997. In 1998, he met Barbara Marx Hubbard and subsequently became Co-Director of the Foundation for Conscious Evolution from 1999-2004, launching evolve.org in 2000. During these same years he produced internet media projects for the Buckminster Fuller Institute, then located in Santa Barbara, CA, where he was living. From 2005-2009 he lived on the Big Island of Hawaii, immersing in the study of “pod consciousness” with the Hawaiian Spinner Dolphins, and composing, recording and producing a collaborative album of original music, called Mystery of Souls.

Marshall is a Board Member of the Resonance Science Foundation (serving as President from 2006 to 2019), as well as co-designer, writer and producer of the Resonance Academy, launched in 2014, for which he continues to serve as a member of the Faculty. From 2007 to 2012, Marshall served as Associate Producer for the documentary film, Thrive: What On Earth Will It Take?, which is now one of the most widely viewed independent documentary films, and is collaborating again with the Thrive team as Co-Director of Visual Effects and Associate Producer for Thrive II: This Is What It Takes! (coming in 2020).