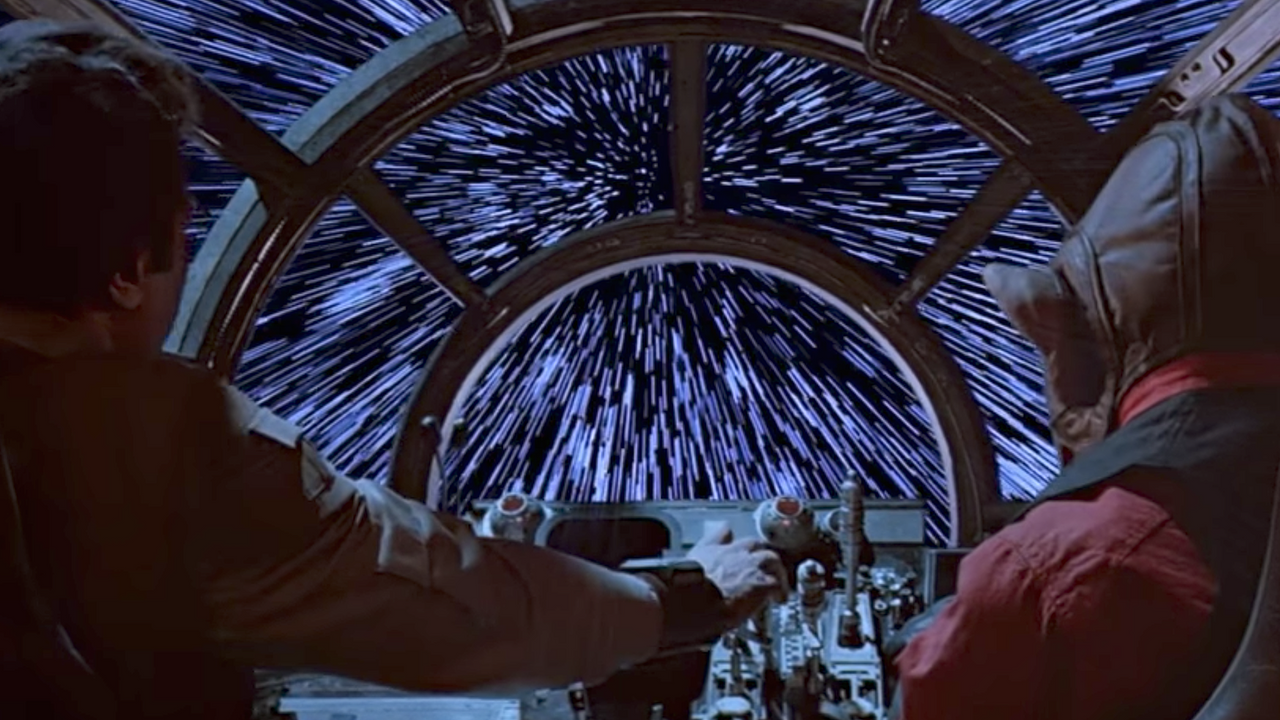 Lando Calrissian Heads to Hyperspace. An accelerating object, such as a spaceship traveling at relativistic speeds (close to the speed of light), should generate showers of faintly glowing particles, according to the predicted phenomenon known as the Unruh effect.

Einstein’s principle of equivalence states that gravity and acceleration are indistinguishable from each other. The best example to see this, is to place oneself inside an elevator. Initially it is static in a floor, and when it starts to move upwards (i.e., it accelerates or changes its speed) one feels pushed towards the floor, as if one is pulled by gravity, even though the effect comes from an acceleration in the opposite direction.

Now, let us imagine that an object is in space, in a perfect vacuum; a supposedly friction-less environment, and it accelerates suddenly. The first question that arises is … how can it even move, if there is...