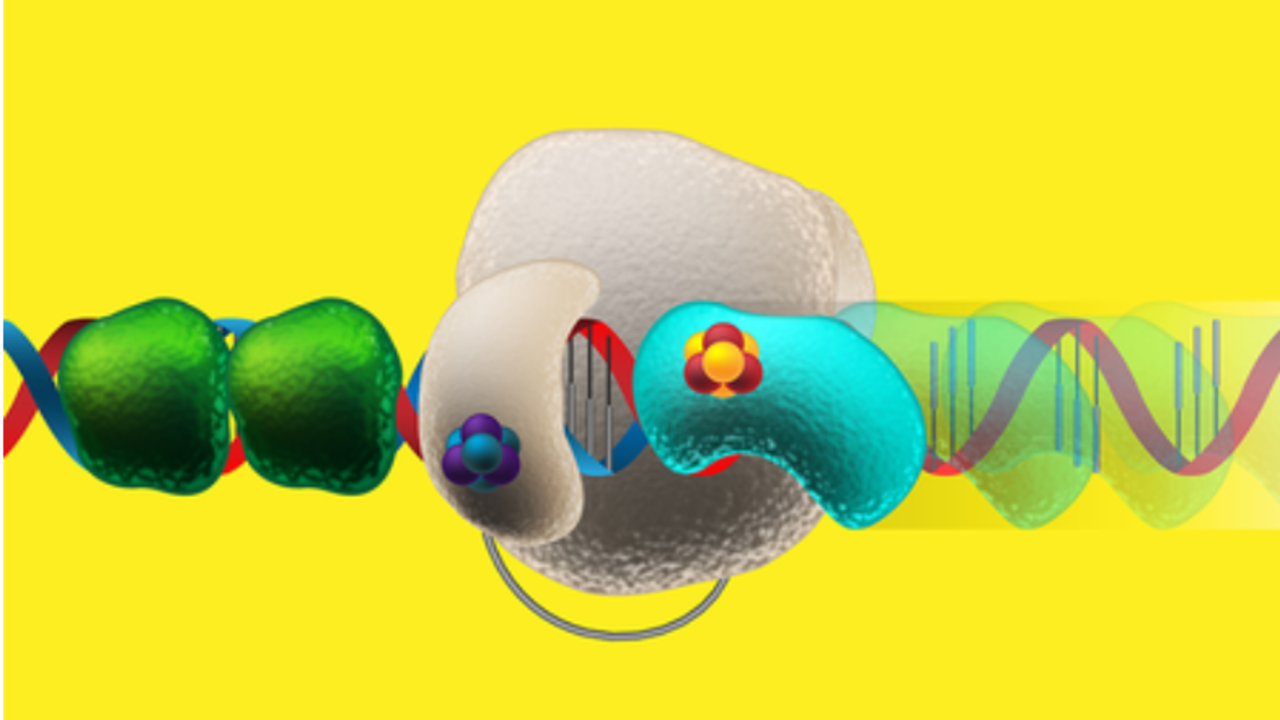 Known as DNA charge transport, this biochemical process was first discovered in the early 1990s by Caltech's Jacqueline Barton, the John G. Kirkwood and Arthur A. Noyes Professor of Chemistry, through chemistry experiments using synthetic DNA. Her research group then found evidence that this charge transport chemistry might be utilized by DNA repair proteins in bacteria. Now, a new study shows that DNA charge transport is also at work in human versions of DNA repair...

Not Junk: ‘Jumping Gene’ Is Critical for Early Embryo 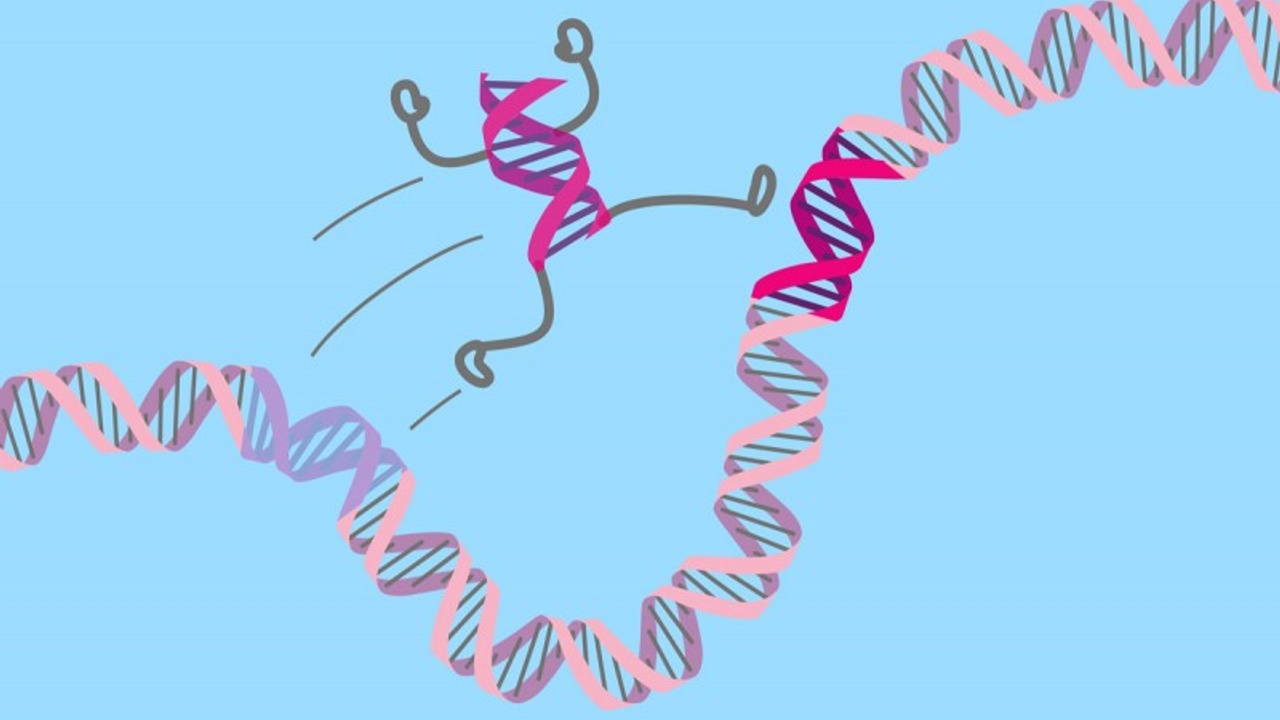 A so-called “jumping gene” that researchers long considered either genetic junk or a pernicious parasite is actually a critical regulator of the first stages of embryonic development, according to a new study in mice led by UC San Francisco scientists and published June 21, 2018 in Cell.

Only about 1 percent of the human genome encodes proteins, and researchers have long debated what the other 99 percent is good for. Many of these non–protein coding regions are known to contain important regulatory elements that orchestrate gene activity, but others are thought to be evolutionary garbage that is just too much trouble for the genome to clean up.

For example, fully half of our DNA is made up of “transposable elements,” or “transposons,” virus-like genetic material that has the special ability of duplicating and reinserting itself in different locations in the genome, which has led researchers to dub them genetic parasites. Over the course... 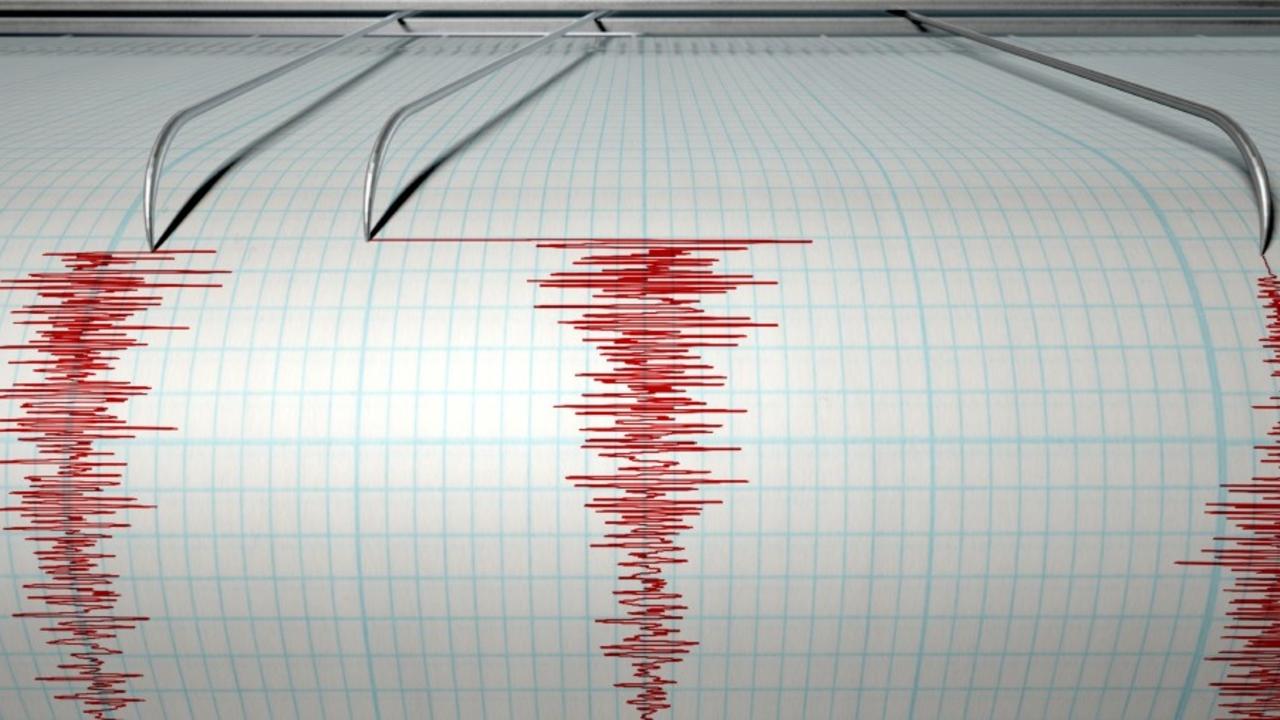 The Search For Supernovae With The Re-Purposed Kepler – K2 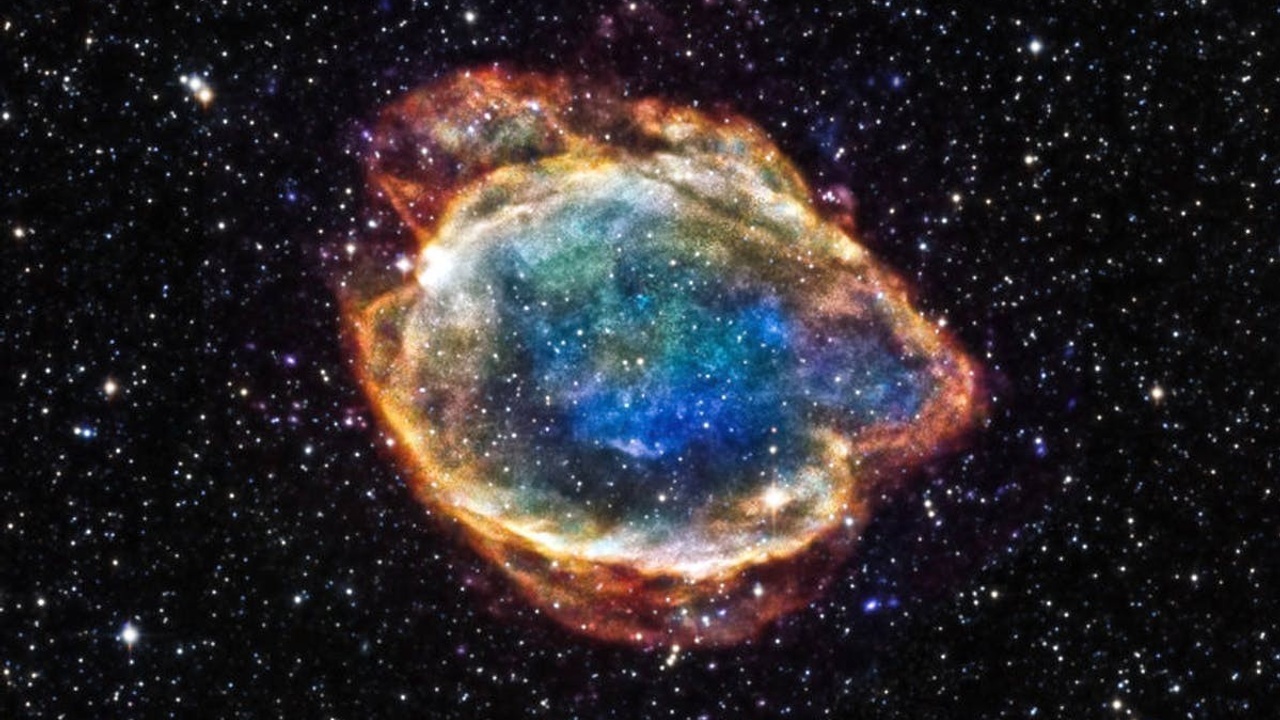 The latest supernovae survey reveals the crucial importance in furthering our understanding of supernovae and reaching confident conclusions as soon as possible.

The standard theory of stellar evolution results in an explosion and is revealed in a rare and beautiful astronomical event. Astronomers search for these events in the hope that they will provide greater insight into our understanding of stellar evolution. Although each supernovae event is different, specific stars will yield certain characteristics. One type of Supernovae event that is of particular interest is the type associated with a binary star system in which one of the components is a white dwarf – this is known as a Type 1a supernova. White dwarfs are extremely dense stars that have exhausted all their hydrogen and their extreme density is thus a result of them not being able to support the inward pull of gravity... 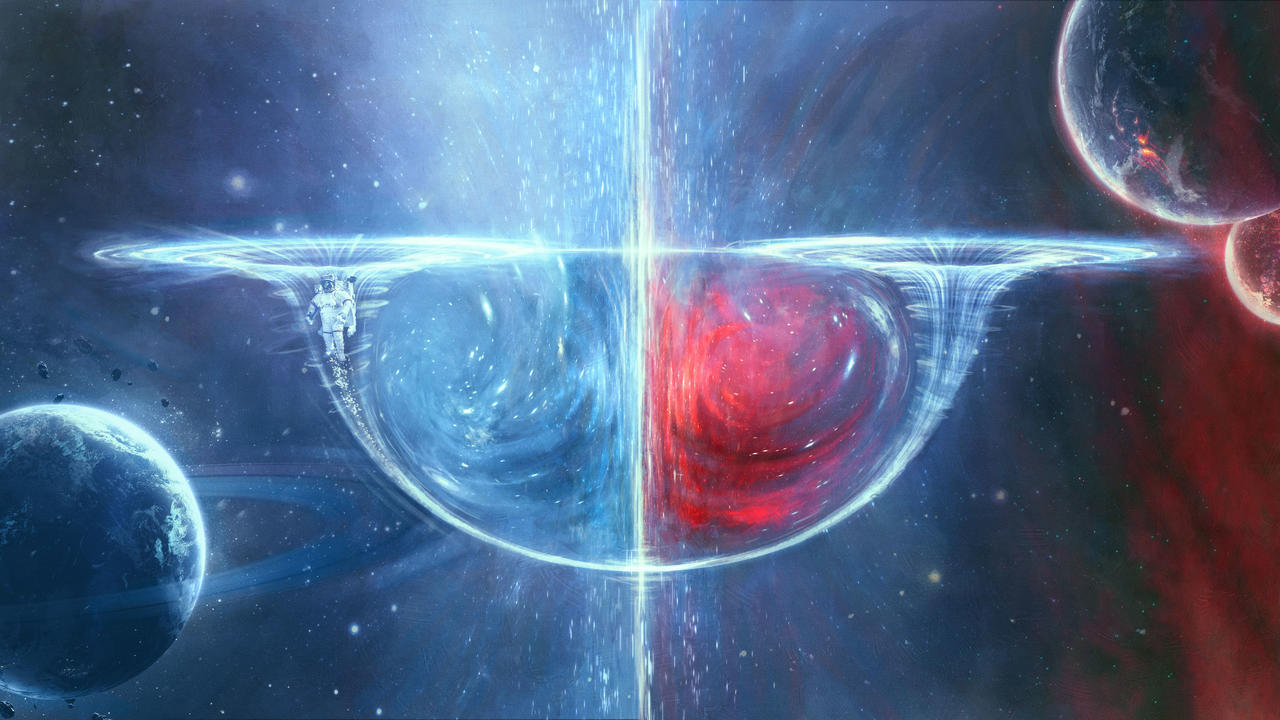 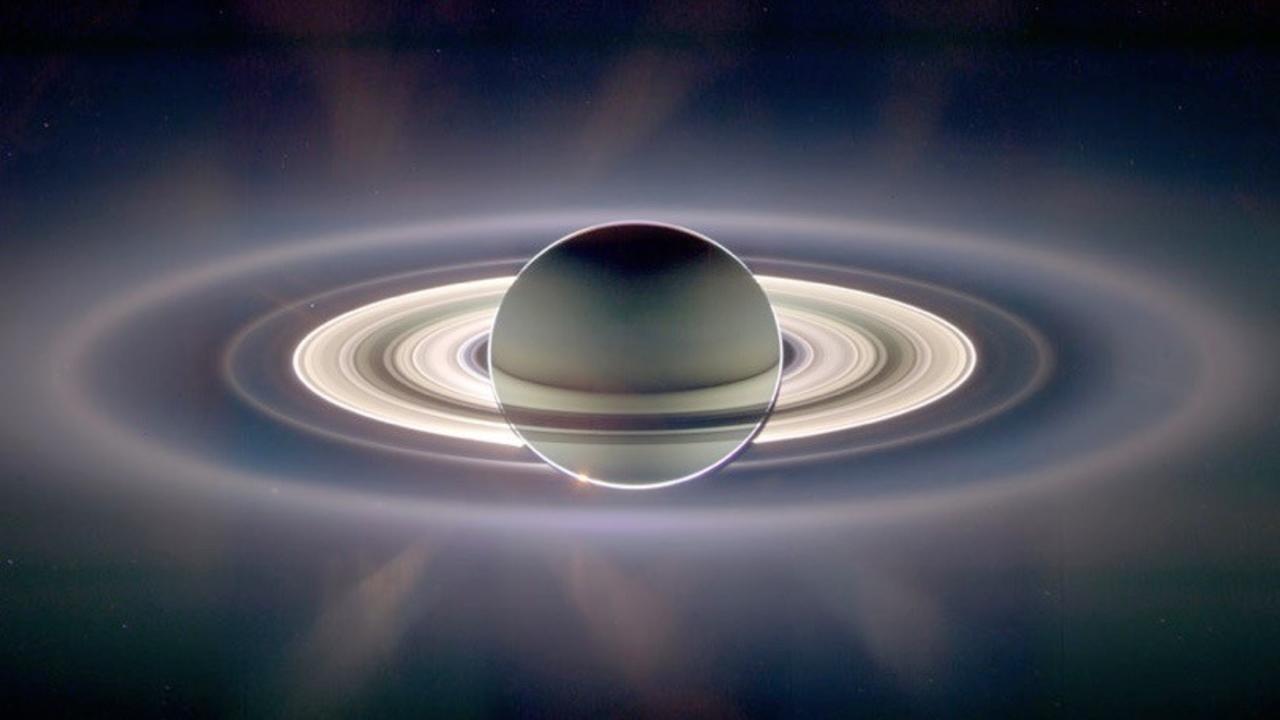 The rotation speed – spin rate – of Saturn was previously found through observations of its magnetic field. Now, scientists have determined the spin rate through ripples in its rings!

NASA's twin voyager probes, launched over 40 years ago, observed the swirling magnetic field of Saturn, from which it was able to deduce a rotation period for the magnetic field and conclude a spin rate of 10 hours and 40 minutes. During this mission, in the 1980’s, the ring system was observed in great detail revealing the gravitational effects of Saturn’s moons on the rock and ice particles in the rings. When the particles and moons orbit at simple ratios of each other, the particles are periodically kicked by the moons. These kicks, known as orbital resonance, can launch waves that propagate away from the planet – with some anomalous “backwards” waves.

Detailed observations of these waves have been made, since 2000,... 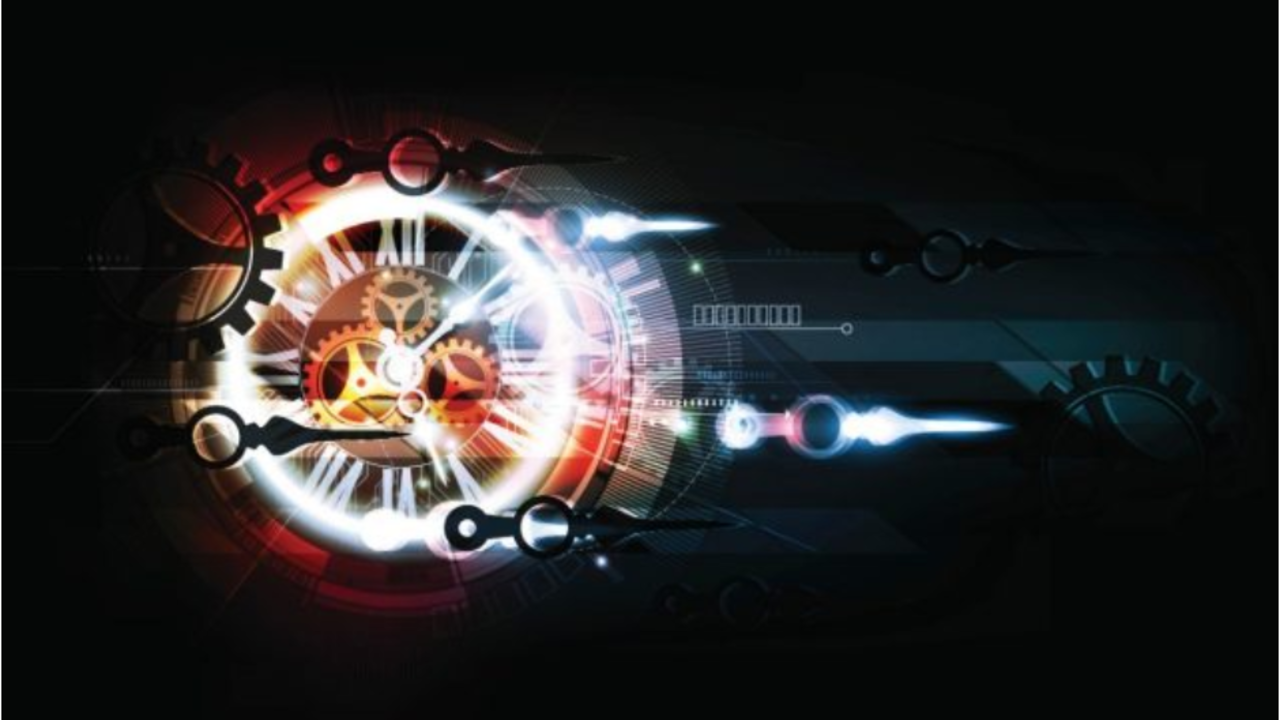 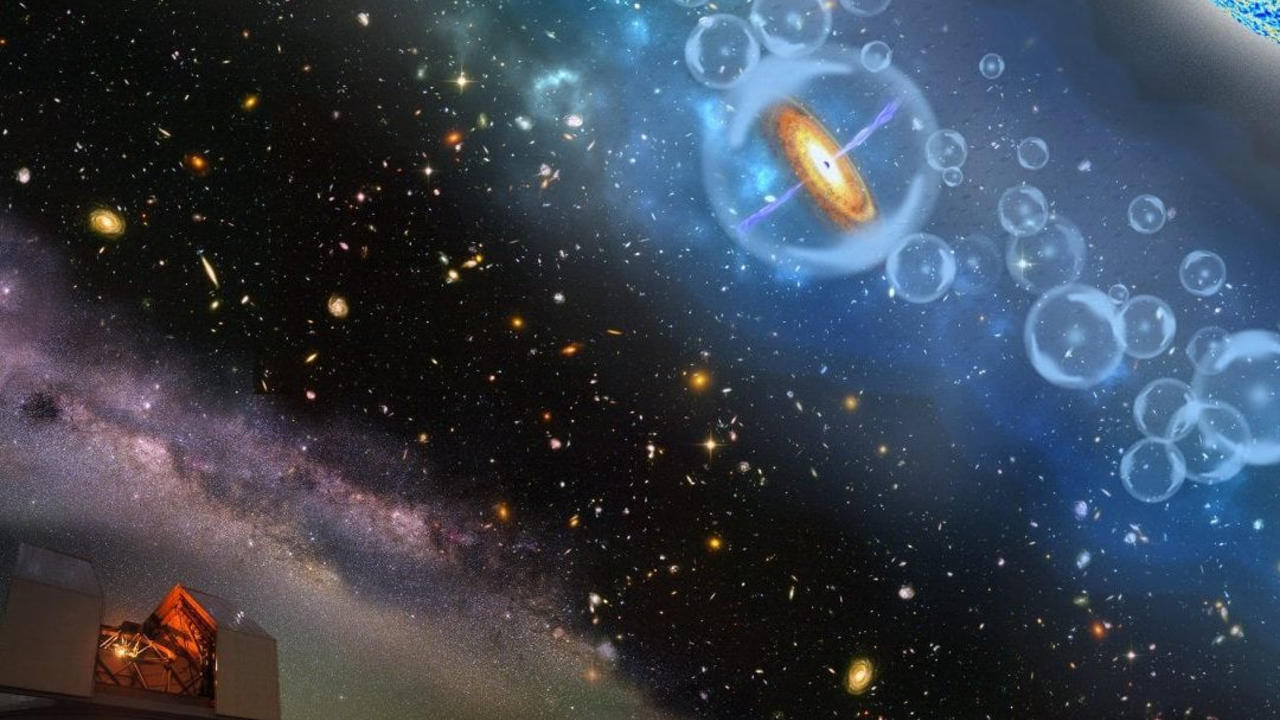 There is nothing in the world except empty curved space. Matter, charge, electromagnetism, and other fields are only manifestations of the bending of space. Physics is... 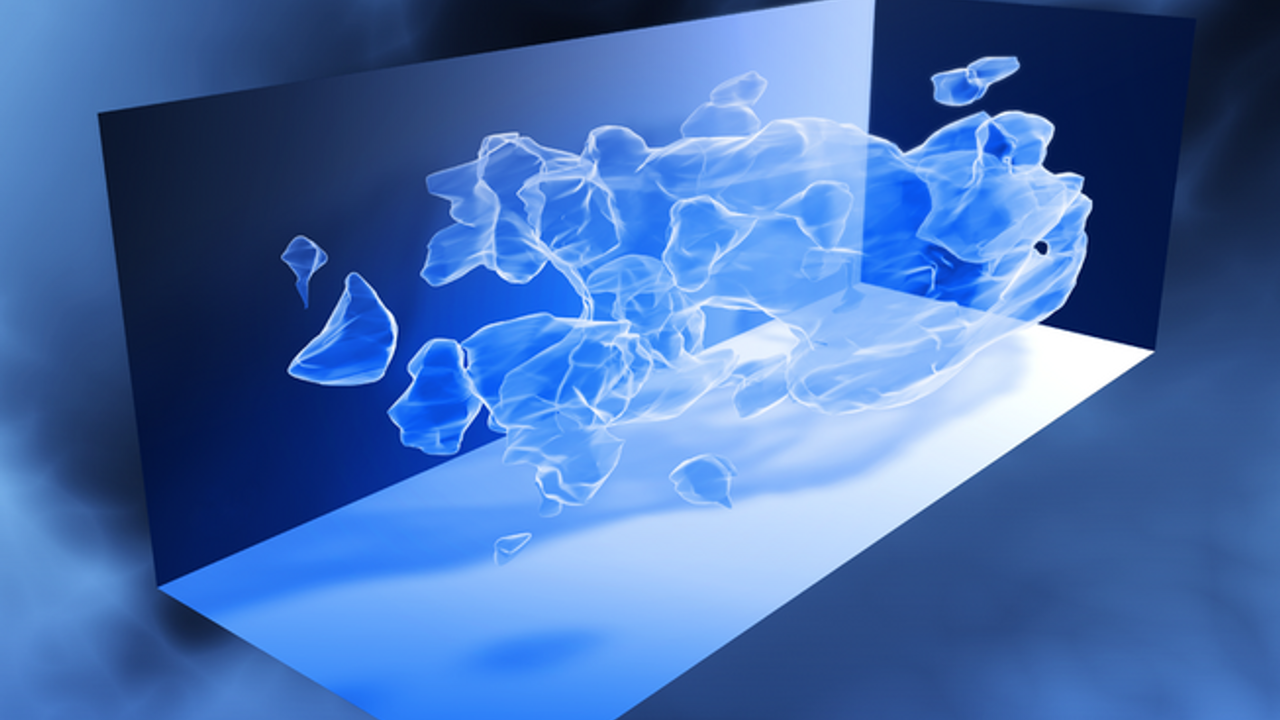 The largest particle detector of its kind has failed to turn up any hints of dark matter, despite searching for about a year.

Known as XENON1T, the experiment is designed to detect elusive dark matter particles, which are thought to make up most of the matter in the cosmos. Physicists don’t know what dark matter is. One of the most popular explanations is a particle called a WIMP, short for weakly interacting massive particle. XENON1T searches for WIMPs crashing into atomic nuclei in 1,300 kilograms of chilled liquid xenon. But XENON1T saw no such collisions. The particles’ absence further winnowed down their possible hiding places by placing new limits on how frequently WIMPs can interact with nuclei depending on their mass. 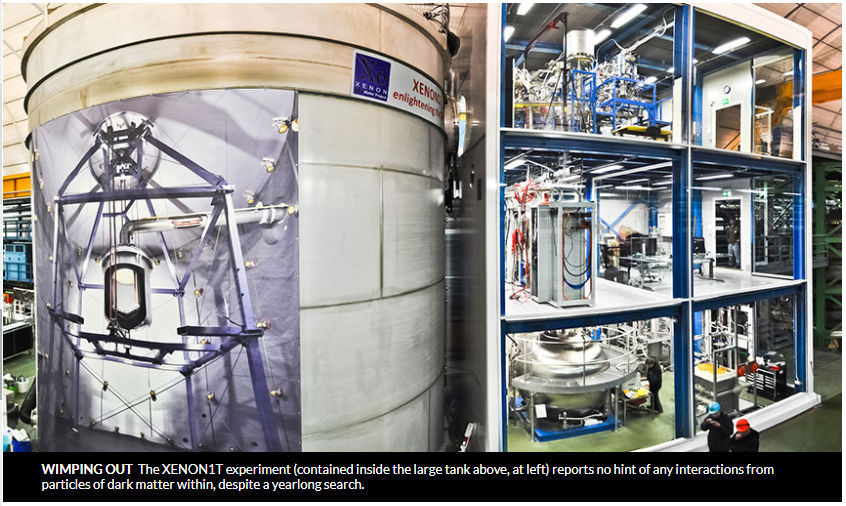 Researchers describe the results May 28 in two talks, one at Gran Sasso National Laboratory in Italy, where XENON1T is located, and the other at the European particle physics lab CERN in Geneva. XENON1T...

Cosmic Dawn Could Now Be in Sight 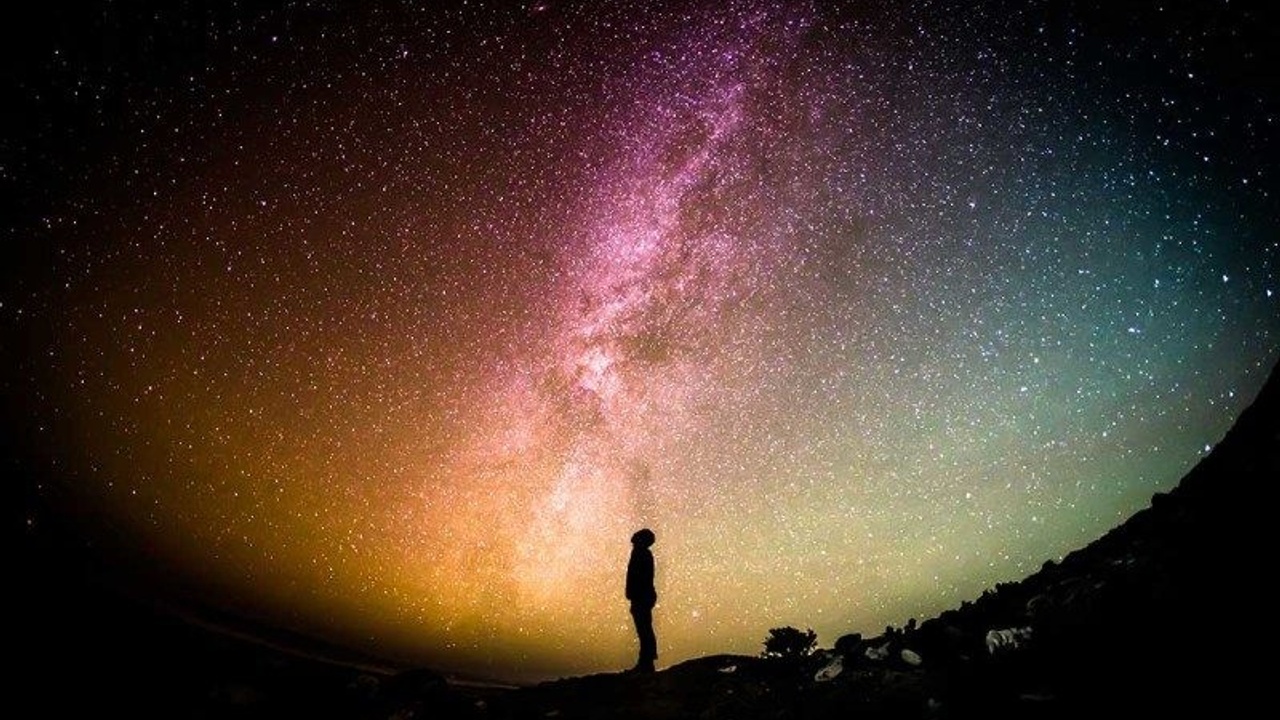 Cosmic dawn, the epoch given to the point in time when the first ever stars formed, may now just be in sight.

To look back in time to when the first ever stars formed in the Universe, we need ever more powerful telescopes to be able to detect the faintest of light. This electromagnetic radiation, that has travelled billions of light years across the universe, is stretched towards the red end of the spectrum – its wavelength is said to be red-shifted. A measurement of this redshift can tell us how far this light has travelled and thus what epoch in time it came from.

A team of scientists led by Takuya Hashimoto, from Osaka Sangyo University in Japan, have just observed the gravitationally lensed galaxy, MACS149-JDI, and confirmed it to be one of the farthest objects from Earth. Utilizing the Atacama Large Millimeter/Submillimeter Array (ALMA) and the European Southern Observatory’s Very Large...