What’s Really Going on Inside a Neutron Star 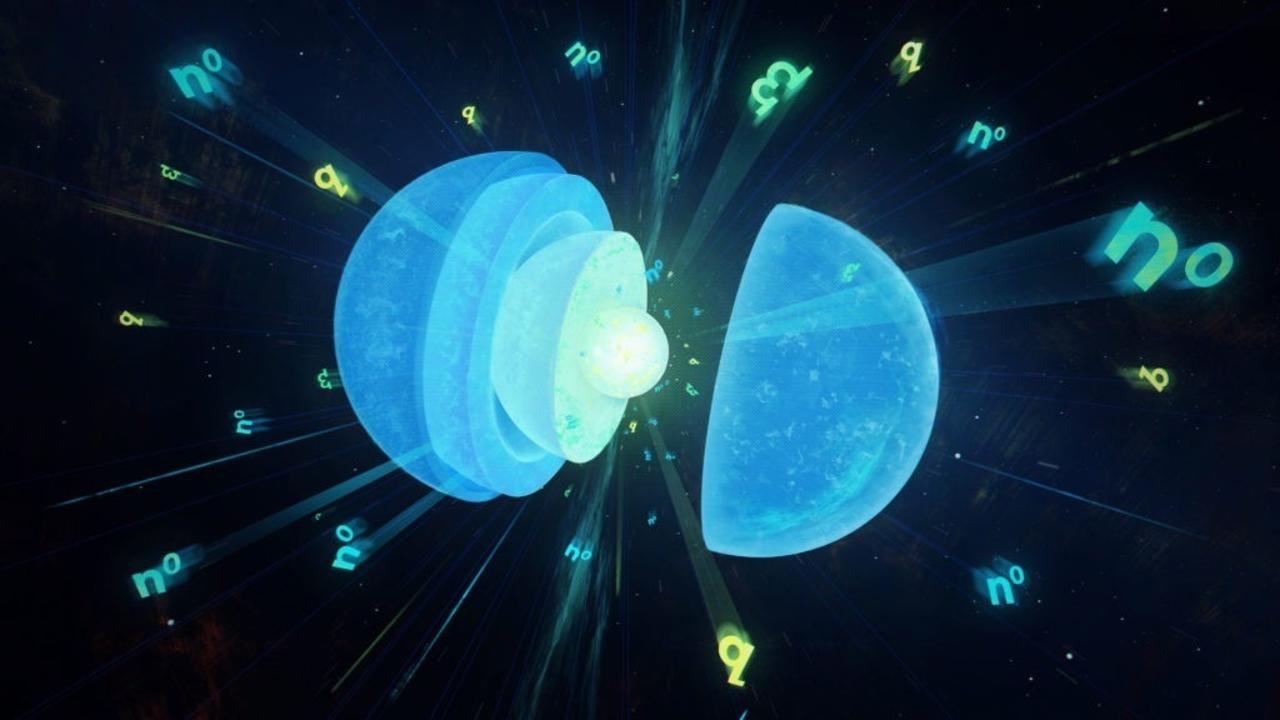 Scientists are finally getting closer to figuring out the puzzle of the structure of neutron stars and revealing the nature of their ultra-dense interiors.

In theories of stellar evolution, neutron stars are considered one of the end states of stars, along with white dwarfs and black holes. As a star evolves it will enter stages of expansion as hydrogen is fused into helium and so on through the periodic table of elements. Depending on the mass of the star, a limit will be reached whereby nuclear fusion can no longer take place and the star is no longer able to overcome the immense gravitational force which it has been holding back for all these years. As a result, the star implodes, ejecting its outer layers as a planetary nova or a supernova, leaving only a mere remnant of its former self behind – or so the story goes.

For massive stars, the implosion is so great that it crushes its stellar matter to such high densities that the oppositely charged electrons and protons are forced so close together that they fuse to become neutrons, hence creating a neutron star. This neutron star is so dense that a single teaspoonful could weigh a billion tonnes! For stars massive enough, it is further theorised that the gravitational collapse would be so great that it would instead crush the neutron star down to the size of an infinitesimal point, creating a black hole.

The type of stellar remnant – whether it be a white dwarf, black hole or neutron star – can be revealed through observational analysis, yet the exact details of its structure remains a mystery. In the case of a neutron star the, equation of state – that is, an equation describing the physical state of a system in terms of its internal pressure and density – can reveal the nature of the interior structure. For example, if the material is harder to compress, then the pressure will increase a lot for given density change and the relationship is given by a so-called ‘hard’ equation of state. Conversely, if the material is easy to compress, then the pressure will only increase by a small amount for a given change in density, and the relationship is given by a ‘soft’ equation of state. Essentially the equation of state tells us the squishiness of the material.

The NICER instrument on board the International Space Station was designed specifically for the exploration of neutron star interiors through X-ray timing analysis.

Material accreted on to the surface of a pulsar, either from its binary companion or from its own opposing magnetic pole, will form hotspots. These hotspots emit X-rays which can be tracked to within 100 nanoseconds of precision by the NICER instrument as the pulsar rotates around its axis of rotation. Such precision allows for accurate determination of the mass and radius of the pulsar. Both teams independently find similar results and to a much greater precision. They intend to apply this technique to more pulsars and within the next three years with the hope to have enough masses and radii to constrain the equation of state so that the nature of the interior can finally be revealed.

The so-called squishiness of the interior of a neutron star will help further our understanding of its composition. Current possibilities include quarks, particles made of strange quarks known as hyperons, or a state of matter where all boundary conditions come down and individual systems coalesce into one entity known as a Bose Einstein Condensate (BEC). The unified physics perspective sees all matter as an emerging property of the fundamental toroidal dynamic of the granular Planck scale structure of space time. This same ‘black hole’ dynamic could exist in stars and indeed could be the ultra-dense property that makes up the interior of neutron stars.