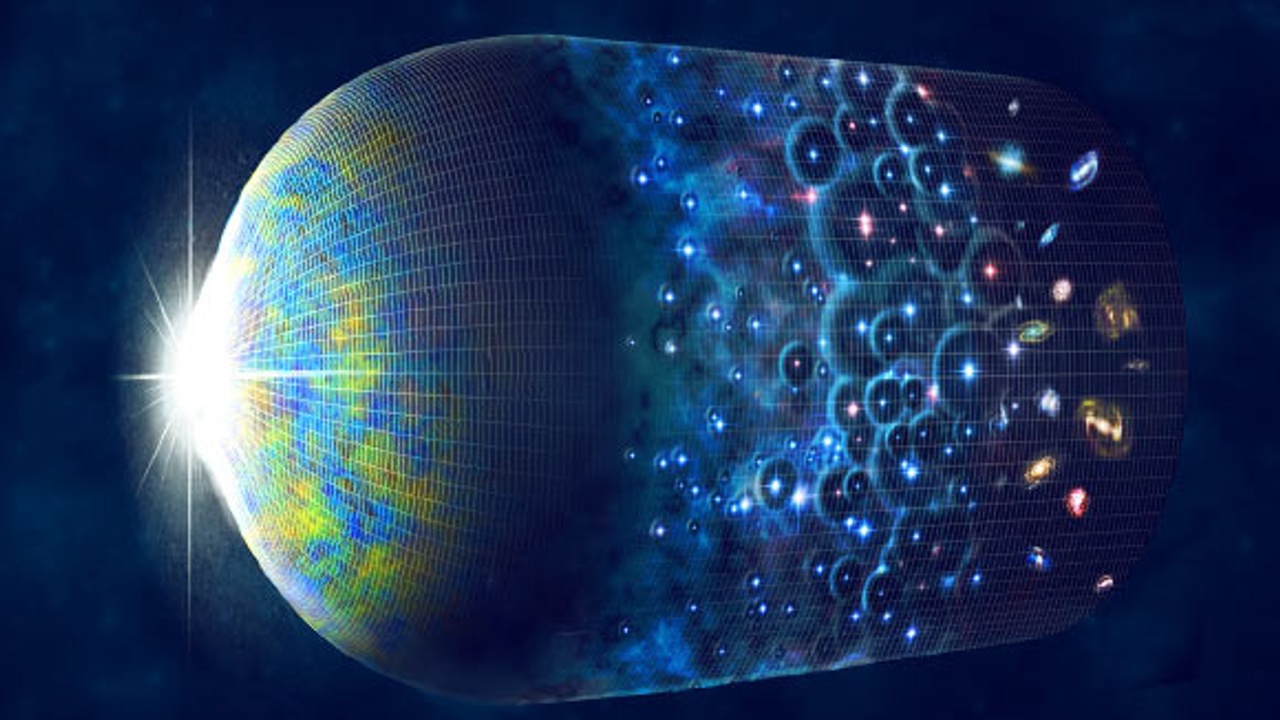 Anti-matter, which is basically the opposite of matter, in most respects behaves just like its matter counterpart, the only key difference is in the charge that it carries. For example, the anti-particle of the electron, a negatively charged particle, is called the positron, which as the name suggests is positively charged. An interaction between electron and positron causes annihilation leaving just photonic radiation behind. The case is similar for other particle-antiparticle pairs though the products obtained in the case of other pairs depend on the complexity of the particles involve.

Current data from various experimental probes suggest that matter heavily dominates antimatter in the universe as we have no significant trace of the latter and all we see are objects made from baryonic matter. It is with great difficulty that we are able to artificially produce and detect minuscule amounts of antiparticles in cloud chambers and particle accelerators like the LHC. Where did all the antimatter go? This problem is famously called the Baryon Asymmetry and physicists are having a hard time figuring out the correct explanation for it, despite dozens of proposals being made every now and then. Scientists believe that this problem would also lead us towards understanding the dominance of baryonic matter in our universe and their origin altogether.

To understand the overall scenario explicitly, let us look at another prime feature of cosmology, the theory of cosmic inflation. It basically deals with the phase of exponential expansion of space after the Big Bang. A new work published in the Physical Review Letters coherently integrates inflation with the baryon asymmetry problem and subsequently the origin of matter [1]. Supposedly, the resolution of the latter involves particles heavier than that created in accelerators like the LHC and would thus require probing much higher energies than those possible by man-made colliders.

It turns out that the early universe could be approximated to behave as a gigantic particle collider. This according to the authors, opens up a portal to understanding the origin of matter. Yanou Cui, who is an associate professor of physics and astronomy at the University of California, Riverside (UCR) and also a co-author of the PRL paper, says, “Cosmic inflation provided a highly energetic environment, enabling the production of heavy new particles as well as their interactions. The inflationary universe behaved just like a cosmological collider, except that the energy was up to 10 billion times larger than any human-made collider."

The authors have also suggested testing Leptogenesis, a well-known mechanism that could help unravel the mystery behind the origin of baryonic matter and resolve the paradox. Conventionally, leptogenesis has been considered to be untestable as it involves probing energy scales much higher than that feasible through current particle accelerators owing to the high mass of the right-handed neutrino. However, the present research team has devised a new method to tackle the same. Their technique is based on deciphering the properties of the spatial distribution of objects in the universe which apparently reminds us of the physics during the inflationary epoch.

The property of the early universe behaving as a cosmic collider has enormous possibilities at its disposal and can also enable production of right-handed neutrinos. As the lead author Cui puts it: "Specifically, we demonstrate that essential conditions for the asymmetry generation, including the interactions and masses of the right-handed neutrino, which is the key player here, can leave distinctive fingerprints in the statistics of the spatial distribution of galaxies or cosmic microwave background and can be precisely measured...The astrophysical observations anticipated in the coming years can potentially detect such signals and unravel the cosmic origin of matter."

Despite the several proposed solutions, it seems that the current framework of fundamental particle physics isn’t suitable enough to satisfactorily resolve the baryon asymmetry paradox and one would need a new framework involving new physics to probe the same. Though we have loads of empirical data at our disposal, we need a coherent model to interpret the data correctly and come up with the required solution.

In view of the above, Haramein’s generalized holographic approach, a first principles theory, has previously resolved a number of issues within modern physics such as the vacuum catastrophe, a precise value of the charge radius of the proton, and so on [2, 3]. Incidentally, Haramein had also argued in his paper on vacuum catastrophe that the genesis of matter is coherent with the varying mass-energy density of the universe which brings us to the issue of cosmogenesis and which is strongly related to the problems discussed in this article too.

It is thus expected that the framework developed by Haramein et al. would also be able to explain puzzles like baryon asymmetry and subsequently the inception of matter. New insights from Haramein’s forthcoming paper could possibly help with this pursuit. Check the abstract of his paper for more details.