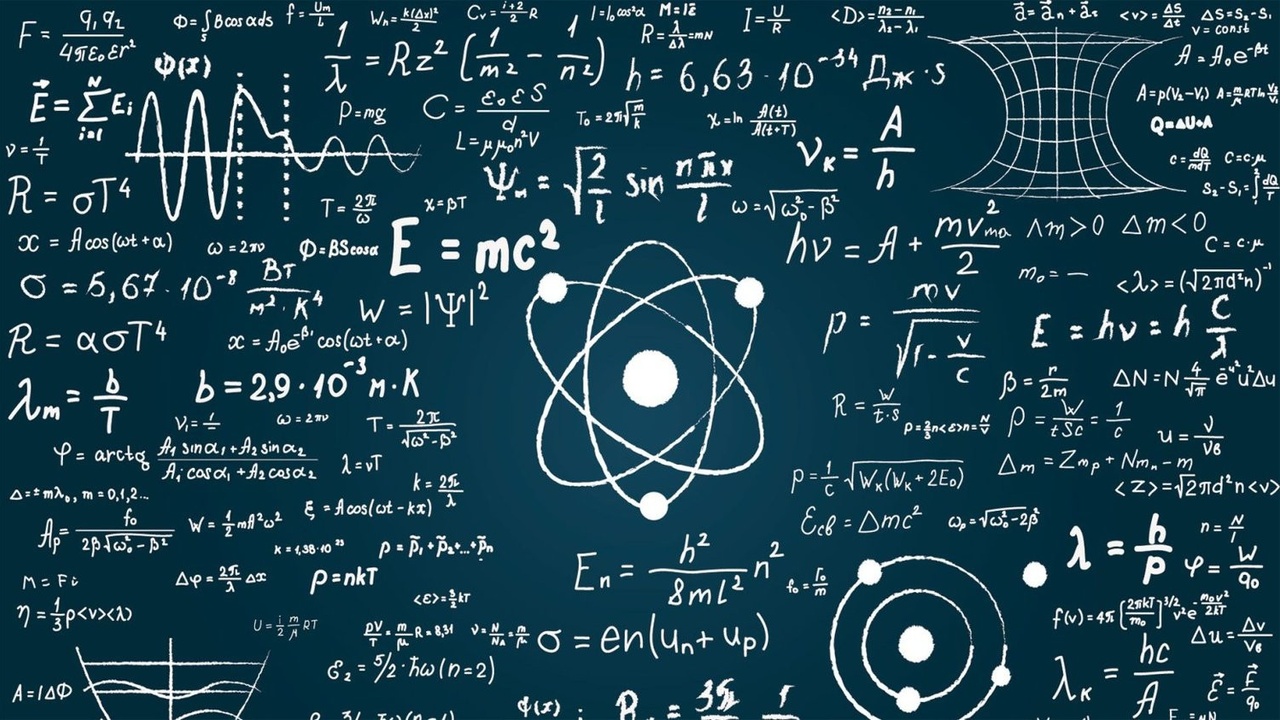 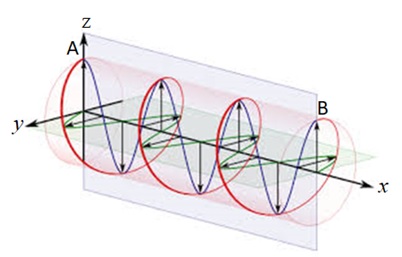 Most of the time, an electromagnetic wave is only depicted in terms of its electrical component since the magnetic component is always perpendicular to the electrical one.  The electromagnetic wave is frequently described by the 2D wave alone, so we lose the rotational aspect of the propagation, and the vibration is reduced to an oscillation in 2D. And as we will see, this simplification has birthed many confusions regarding the dynamics and dimensions of the real 3D system, the dynamics of which are shown below:

Note that the colors have changed with respect to the previous image. Here, the aquamarine is the former red curve, the red is the former blue curve, and the green remains the same. In this depiction, which component of the electromagnetic field (electric or magnetic) is on which axis (x, y or z) is just a matter of convention. Their only conditions are that they oscillate perpendicular to each other and to the direction of propagation of the electromagnetic field. For instance, if we say that the x axis is the direction of the light propagation, then of the two remaining y and z axes in a cartesian reference frame, one will be for the electric field and the other for the magnetic field. In the gif below we show the evolution in time of the propagation of the electric field E and magnetic field B.  This time, the label for the electric component oscillation E is the y coordinate in the vertical axis, and the label for the magnetic oscillation is the z axis.

What is interesting to see above is that in this whole movement there are two speeds involved: the speed at which the electromagnetic wave propagates or travels in the x axis, and the speed at which the fields, electric and magnetic, oscillate in their planes. The first speed will depend on the medium the wave is traversing, reaching its maximum speed c when the medium is empty space, or a vacuum. Therefore, when light is going through water, or glass, or oil, its propagating speed is lower than c. The second speed is known as angular speed, or frequency, and it is an intrinsic property of the wave, depending on the energy it is carrying. We will address this more in detail hereafter.

In general, a 2D wave or oscillation propagating through space is defined by two characteristics: wavelength and amplitude, as seen in the figure below that depicts a 2D wave as an oscillation that starts to the left in the horizontal x axis and goes up and down while propagating to the right along the same x axis, having a fixed wavelength (the distance from crest to crest, or from trough to trough). The amplitude is the height or the vertical distance from the horizontal axis to the crest or trough, and it determines the intensity of this wave. We see that the oscillation repeats itself, after a period T of time. And the number of oscillations it performs during one second, is defined as frequency f, and it is given in Hertz [Hz]. 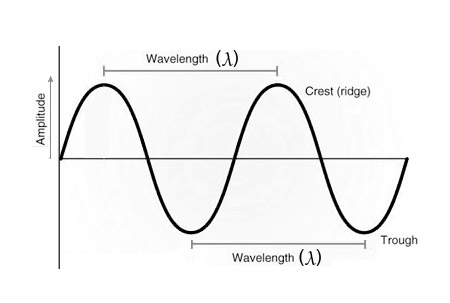 (Please note that this wave is equivalent to the blue curve in the prior figure).

Basically, an electromagnetic wave is a free propagation in space of an oscillation that carries energy in a certain sense and direction, which remains constant unless it encounters something in its way.

Matter is also composed of vibrations that carry energy, but their oscillations are structured differently because they remain confined in a certain region in space, conditioning this region to vibrate at certain frequencies. Very roughly speaking, mass is confined vibration; it translates into a gravitational effect. Meanwhile, light is a propagating vibration, so that the boundary condition between propagating and confined vibration is precisely the proportional constant known as the speed of light c, which sets the limit to the speed a mass can travel, i.e., a maximum speed at which the vibrations will remain confined, and hence exercise gravity. Roughly speaking, this is the meaning of E = mc2 if we follow the mainstream interpretation. For this reason, electromagnetic (light) vibrations are energy carriers that remain massless in motion because they propagate at the speed of light c in the vacuum.

Now, let us imagine that a wavelength is like the length of the legs of a runner, and we have different runners in a race in vacuum or empty space. In the figure below, each runner is a color, represented by a different wavelength. 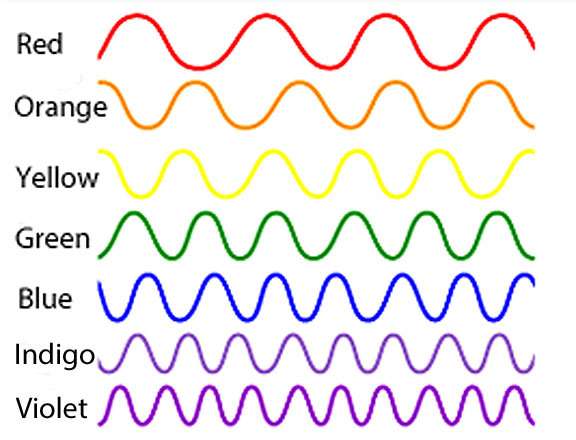 As in any race, all runners (waves) must travel the same linear distance. But in this particular race, all runners arrive at the finish line at the same time. It is like saying that there is no competition since all waves (runners) win! To achieve this, all runners must travel at the same linear speed, which is the speed of light c. But because they don't have the same leg length, the number of steps (which could be thought of as a measure of the number of oscillations) that the runner with shorter legs must walk to get to the same point at the same time as the others is much higher. This is the frequency f, the number of cycles or rotations per second, which is usually given in Hertz (Hz). It also defines the angular frequency, ⍵, or speed at which the angle changes (see this video for more clarity), which is given by ⍵ = 2πf. Each f is a particular color; the runner called Violet has the highest frequency or shortest wavelength. Since he must walk more steps in a certain time, he is “using more energy”. And because he arrives at the same time, one could say that his energy budget must have contained this amount of energy, so he could spend it!

The analogy of the runners in this race would be best applied to monochromatic (only one color) sources of light, i.e., laser beams. Therefore, one sees different colors of lasers, the red one having a lower frequency (larger wavelength) than the green one. Each color has a different wavelength, and hence, frequency. The sum of all these colors produces white light, which is not a color.

In total, we can see that light or electromagnetic waves are a 3D energy fluctuation propagating through space in a certain direction, with a certain sense (clockwise or anticlockwise) and which is usually explained in 2D, as shown below. 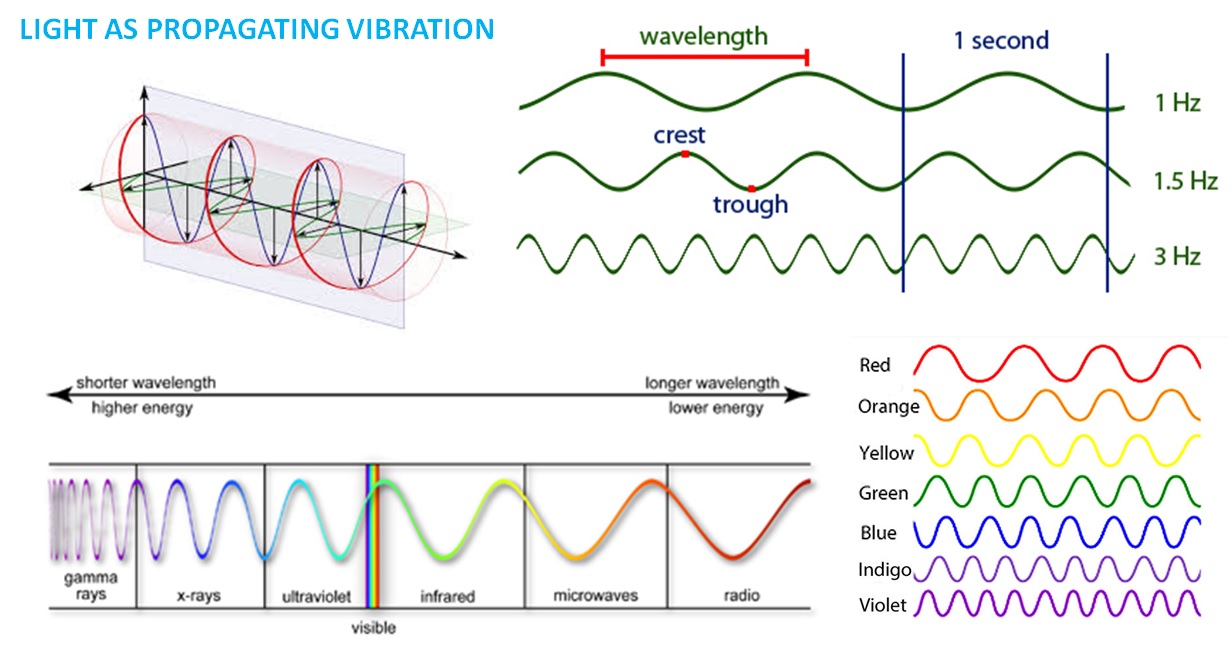 The shorter the wavelength, the more energetic the wave, but the more susceptible it is to changes in its linear speed when it goes through a medium. The direction of the electric and magnetic fields defines the polarization of light.

It was Isaac Newton (1642-1726) who, through a series of experiments that he published in 1672, left the first written testimony and proof that white light was composed of all these colors. He was the first to understand the rainbow, by refracting the sunlight with a prism, resolving it into its component colors: red, orange, yellow, green, blue, and violet. 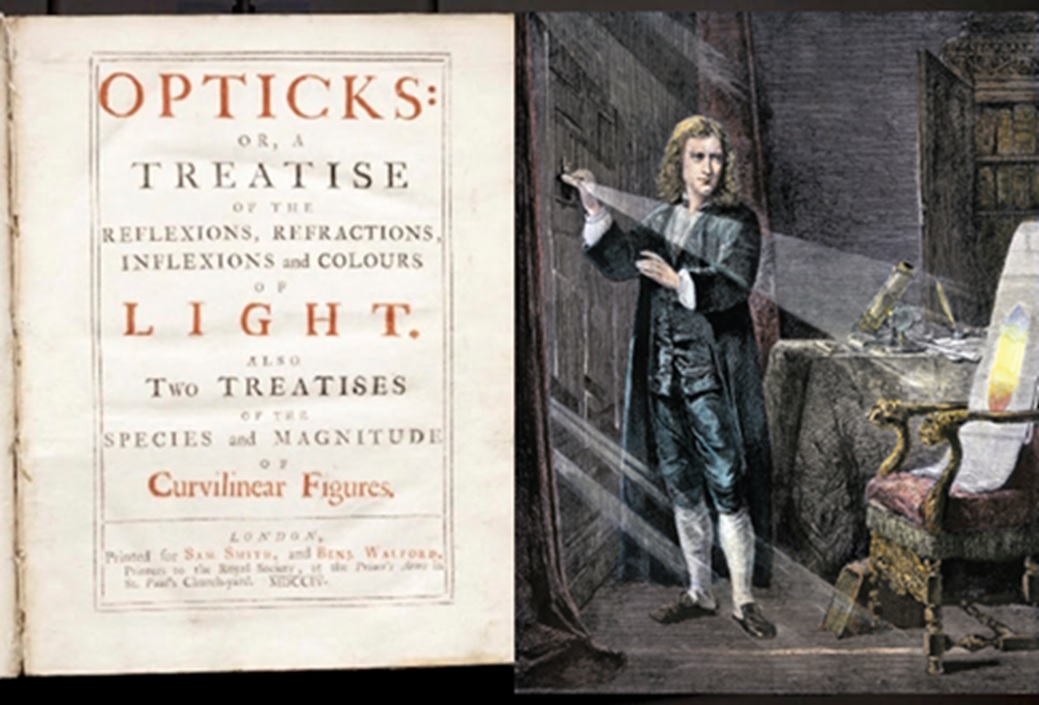 We have covered the most important features of light except for its quantization into particles of light, called photons, attribute that comes from quantum mechanics, which we will address in a the second part of this RSF article, entitled: The origin of quantum mechanics II: the Black body Radiator and the quantization of the electromagnetic field.

Note to the reader: This article is part of section 7.1 of Module 7, from our Unified Science Course.