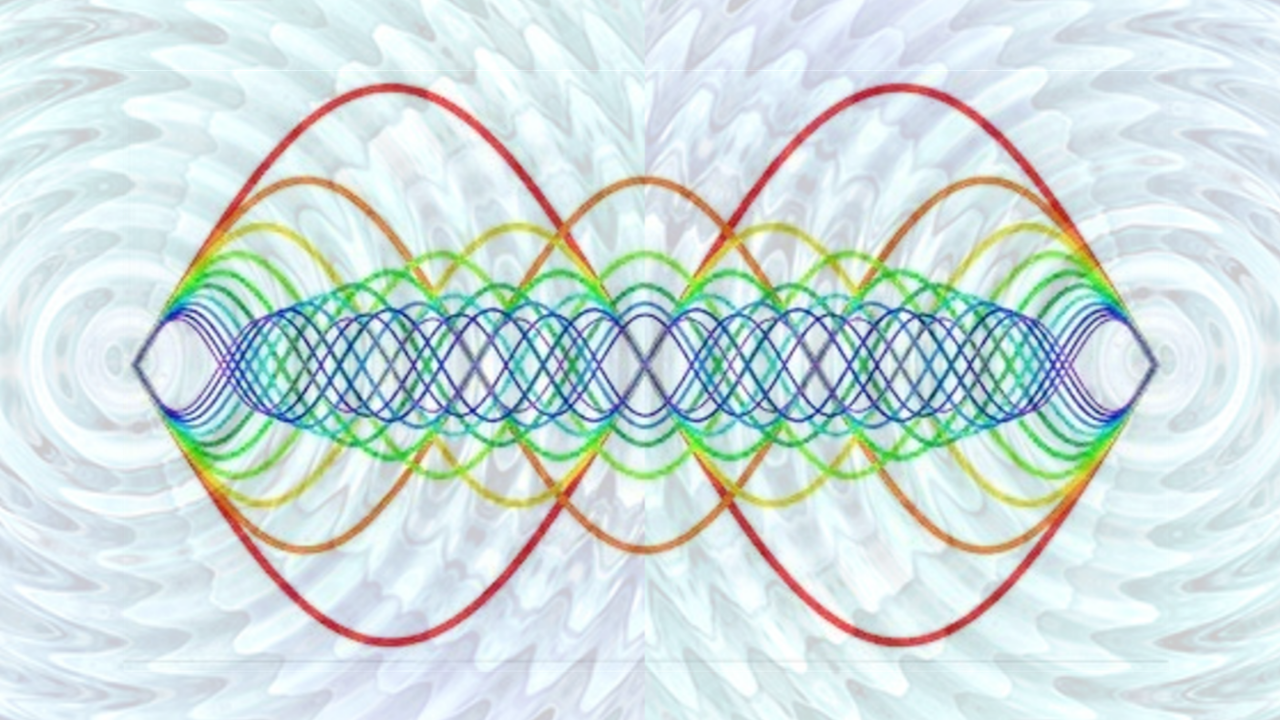 In the book Rhythmic Oscillations in Proteins to Human Cognition [1], a compendium of avant-garde researchers takes a fresh look at the mechanics of nature to emphasize the importance of cyclical, harmonic interrelationships of oscillatory phenomena, especially in biophysics and biochemistry. The book is part of a larger series of publications set to explore and document fundamental research carried out globally from astrophysics to particle physics, from stock market to economic theories, and from plant biology to consciousness. The editors Anirban Bandyopadhyay, a senior Scientist at the National Institute for Materials Science (NIMS) in Tsukuba, Japan— whose patents include a time crystal model for building an artificial human brain [2]— and Kanad Ray, professor and Head of the Department of Physics at the Amity School of Applied Sciences— explain that their objective in the book series is to leave no stone unturned as they investigate and compile research to answer the fundamental inquiry: “are all events in the universe periodic, such that random and linear events are only an illusion due to a poor understanding of the underlying phenomena?”

A perfect example of this inquiry is provided in the book by emeritus professor of biophysics Irena Cosic, whose research and experimentation has shown that of the myriad biochemical interactions taking place within the cell (several billion a second) there are specific resonant electromagnetic frequencies that guide protein-protein, protein-substrate, and DNA-protein cognate interactions via resonant recognition. These findings contradict the conventional model that views such biochemical interactions as initiating randomly when macromolecules and / or substrates happen to randomly collide with each other within the cellular milieu with just the right orientation and timing for a reaction to take place. Dr. Cosic describes her findings and research into guided macromolecular electromagnetic signaling as the Resonant Recognition Model (RRM):

Proteins and DNA/RNA are the main macromolecules in any living organism that are crucial for control and execution of majority biological processes within any living organism. Proteins are the main work forces, while DNA keeps all information about any biological organism and transfers this information through RNA to proteins. The Resonant Recognition Model (RRM) represents whole new view to biomolecular interactions, in particular protein–protein and protein–DNA interactions [3,4]

The RRM is based on the finding that certain periodicities (frequencies) within distribution of energies of delocalised electrons along a protein molecule are critical for protein biological function and/or interaction with its target. The RRM enables these frequency characteristics to be calculated, and Dr. Cosic has had significant successes in predicting protein-protein and protein to target interactions based solely on the electromagnetic signature frequencies of the delocalized electrons of several polypeptide polymers.  Dr. Cosic’s research is pivotally important for understanding the controlled orchestrated mode of biomolecular interactivity within the cell, fundamentally utilizing field interactions and signaling, which fully enables long-range molecular interactivity (for instance spanning hundreds of nanometers versus short-range interactions like van der Waals that may only span 10 nanometers or so), multi-system coherence, and even possible non-local signaling.

The importance of this field-like communication, interactivity, and organization of molecules within the cellular system is extended in the profound work of Professor Dirk K.F. Meijer (et alia), who describes Quantum Consciousness being guided by Hydrodynamic Mechanisms from a Superfluid Quantum Space. Professor Meijer’s research is highly synergistic with that of the Resonance Science Foundation, and indeed in the book he cites our papers, such as the Unified Spacememory Network, which describes mechanisms of consciousness being expressed within the biological system via coupling with the quantum vacuum [5]. We have discussed Professor Meijer’s important work in some of our previous RSF articles such as: A New Study Examines How Consciousness in the Universe is Scale Invariant and Implies an Event Horizon of the Human Brain (Brown, 2017).

Superfluid quantum space theory (SFQS-T), sometimes known as the BEC vacuum theory, is an approach in theoretical physics and quantum mechanics where the fundamental physical vacuum (non-removable background) is viewed as super- fluid or as a Bose-Einstein condensate (BEC). An ultimate goal of this approach is to develop scientific models that unify quantum mechanics (describing three of the four known fundamental interactions) with gravity, making this theory a candidate for defining of quantum gravity and describing all known interactions in the Universe, at both microscopic and astronomic scales, as different manifestations of the same entity, superfluid vacuum.

(A) vortex avenue confined by transfer flow with a dipole source inside and a uniform background flow outside. Yellow streamlines outside of the vortex area represent possible Bohmian trajectories. (B) Transformations of torus shown in a to the tori when the radius b tends to the radius a, or to the double surface sphere shown in b when the radius b tends to zero. Pilot waves of Bohm can be envisioned as motion of vortices guiding a particle along the optimal trajectory, in which the torus bears a wave pattern that accommodates all the information about the environment by reflection and therefore can fully simulate the particle until its final destination.

Meijer’s research supports the Haramein-Rauscher solution [5] and the Unified Spacememory Network model of consciousness as his research team describes torus operators (fractal toroidal geometry) mediating information flux in a super-fluid quantum space by forming a wormhole communication network [6]. The work described in the book collates and synthesizes together an encompassing model of mechanisms of quantum consciousness spanning from Hameroff and Penrose’s model of orchestrated objective reduction in microtubules to Lex Neal’s unified model of integral relativity of awareness and energy [7].

Harmony, frequency, and resonance of sub-systems in the Planck vacuum plasma are fundamental and integral mechanisms of ordering matter and energy and giving rise to coherent structured systems in nature. These fractal chains of resonant harmonic networks extend from the Planck scale of quantum harmonic oscillators to atoms, molecules, and proteins in the biological domain. The musical harmony of the system is what engenders much of the order and dynamics within the cell, and indeed extends to the oscillatory rhythms of entire cellular systems like the heart or neuronal networks of the brain, the information transduction of which is an integral component of our consciousness and awareness. What is important is to remember that these oscillatory rhythms and resonant harmonics connect us to the fundamental field of interaction that is the superfluid vacuum plasma of space, through the molecular dynamics occurring within our cells—dynamics that are anything but random and linear.

[2] A. Bandyopadhyay, Nanobrain: The Making of an Artificial Brain from a Time Crystal, published May 12, 2020 by CRC Press.

[3] Cosic I (1994) Macromolecular bioactivity: is it resonant interaction between macromolecules?-theory and applications. IEEE Trans Biomed Eng 41:1101–1114