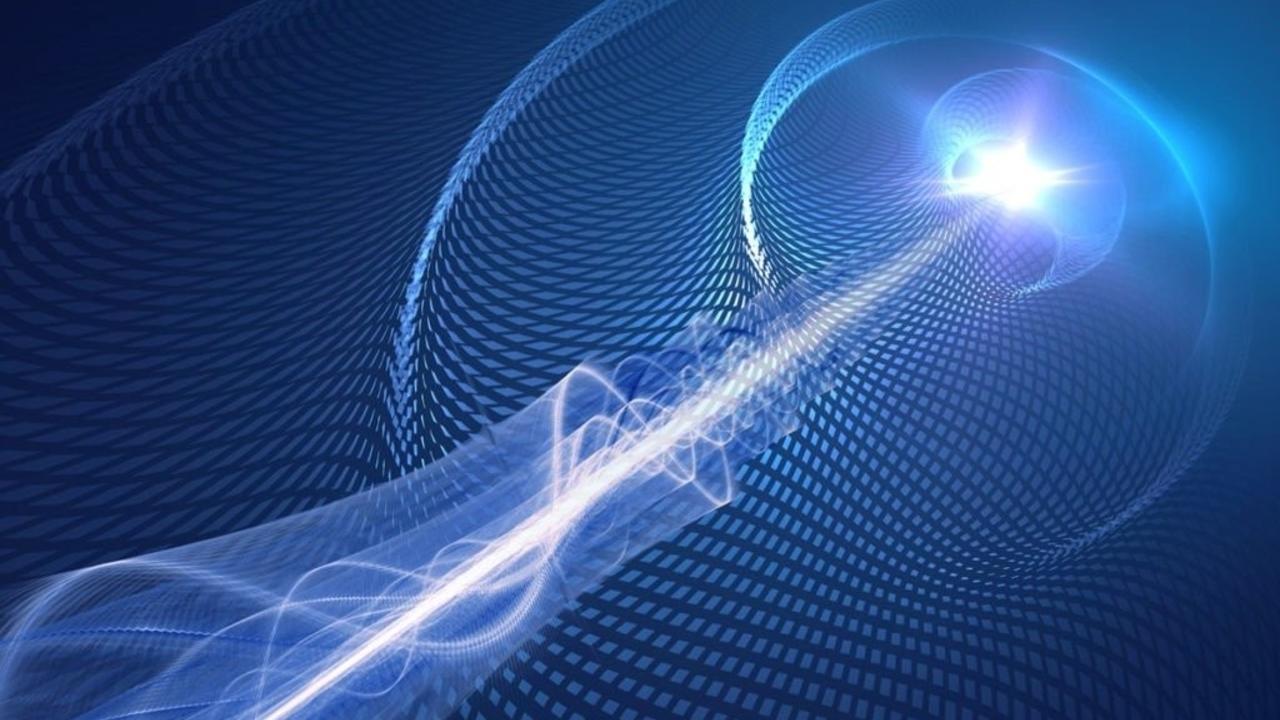 The first steps to achieving efficient electroluminescence necessary for quantum computing have just been made.

Quantum computers encode information in quantum bits otherwise known as qubits. These qubits can exist in the form of a photon or an electron, where the polarisation state of the photon or the spin state of the electron is taken as two bits of information. However, as opposed to classical bits, qubits can also exist in a superposition of states which allows the computer to process significantly more information and at a faster rate. This rate is limited by the transfer of information, which for an electron-spin qubit has so far proven difficult. Currently this has been achieved for distances up to millimetre scales, which although large from the qubit’s perspective, it is too small for practical applications.

To achieve the long-distance kilometre-scale transfer of quantum information encoded as electron-spin qubits, scientists are now looking to electroluminescence.

Electroluminescence is the phenomena of light emission due to an electric current or a strong electric field. The mechanism responsible is the recombination of electrons and ‘holes’ – that is, a space in an atom or atomic lattice where an electron should normally exit. When external electrons recombine with these holes, the excited energy is released in the form of photons of energy, otherwise known as light. The electron-spin state is thus encoded into a photon’s polarisation, which is robust to decoherence in both free-space and fibre optics. The first step in achieving this ambitious project was to develop a technology capable of converting a single-electron state to a single-photon state.

An international team of scientists, led by Tzu-Kan Hsiao, have done just that and demonstrated the emission of a single photon in response to a single electron, marking the first step towards practical information transfer in quantum computing.

Utilizing surface acoustic waves (SAW) – driven by a transducer – the electrons are transported to a region of holes. The reservoir of electrons is separated from the reservoir of holes by a channel, which is squeezed by applying a transverse voltage such that electrons can only pass one by one. When the single electron recombines with a hole an excitation occurs, decaying and creating a single photon of light. Find out more here.

This transfer of information, from the electron-spin to the photon-polarisation, is of great importance to the development of quantum computing. Now, the next goal will be to show spin-to-polarization transfer from the electrons to the emitted photons, and as well to be able to rewrite the transmitted information onto qubits via polarization-to-spin transfer.

In a universe where matter is an emergent property of the spinning dynamic of a superfluid universe, the electron is seen as both a field and a particle – a unit of energy defined from the fundamental Planck scale granular structure of spacetime. The Bohr model of the electron describes it as an individual particle with spatial extent, whereas quantum field theories describe it as a point particle existing in a probable state within the boundaries of an electron probability cloud. So, what is the electron? In a recent paper, we describe the electron as a cloud of potential energy, but what happens when it is released from the confinements of the atom? The work of Tzu-Kan Hsiao is not only key to the development of quantum computers, but as well could help further our understanding on the nature of an electron, especially in its ‘free’ state.