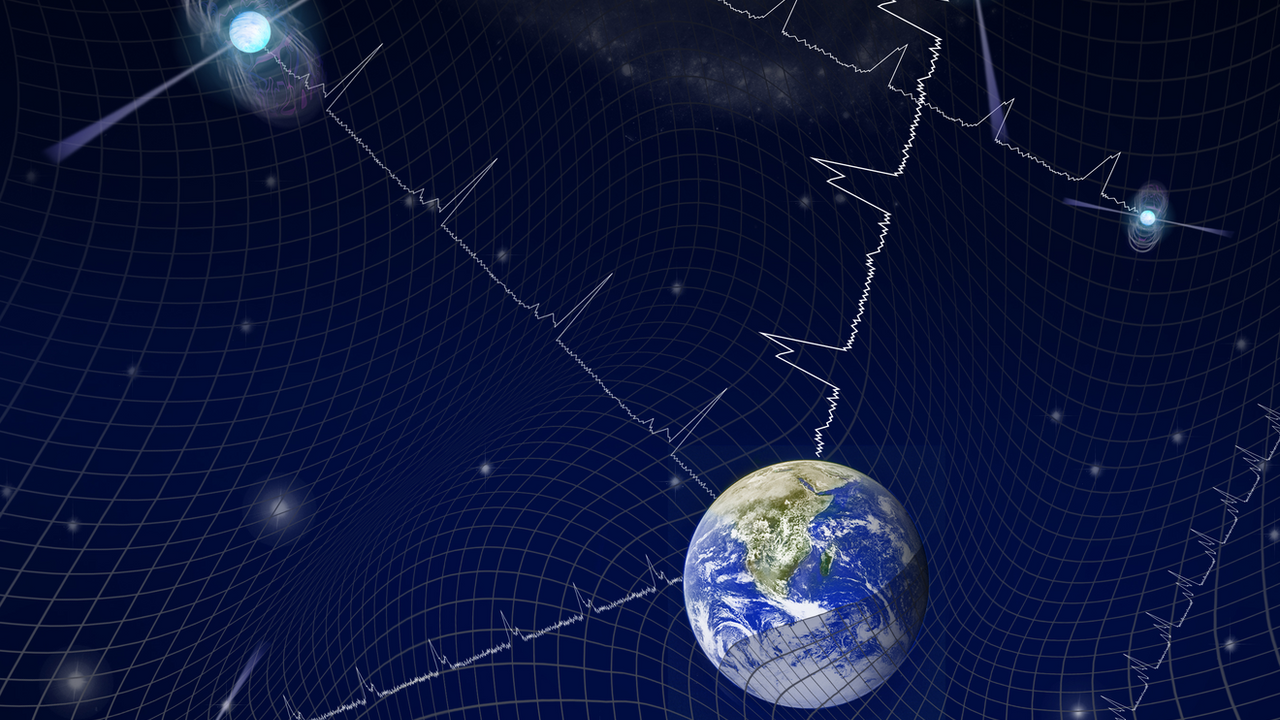 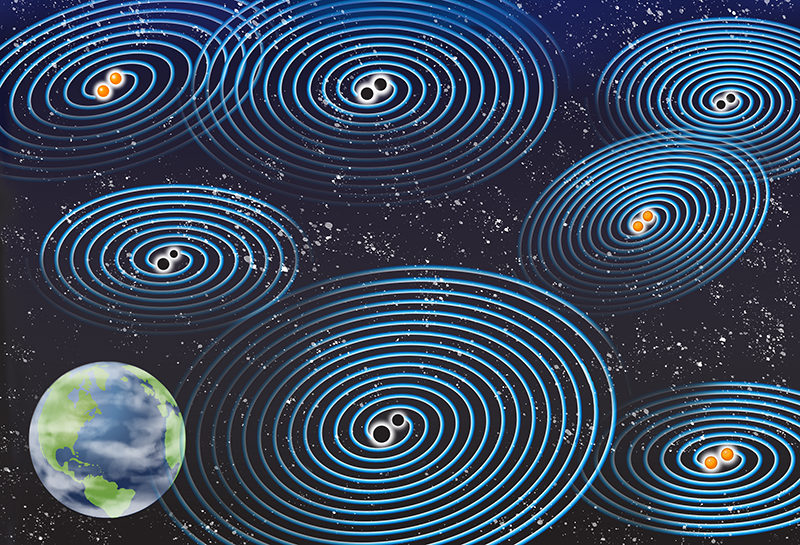 In an effort to detect and confirm this hypothesized gravitational wave background, The North American Nanohertz Observatory for Gravitational Waves (NANOGrav) has spent the better part of a decade using ground-based radio telescopes focused on an array of Pulsars to look for evidence of this constitutive rippling of spacetime. Pulsars are extremely compact massive objects that emit ultra-powerful radio jets from their poles—they are neutron stars with radio beacons like cosmic light houses. Because these extremely compact massive objects spin at insanely fast speeds—hundreds of times a second for something more massive than the sun but only 20 km in diameter— if the poles are oriented towards Earth astronomers can observe millisecond radio pulses. 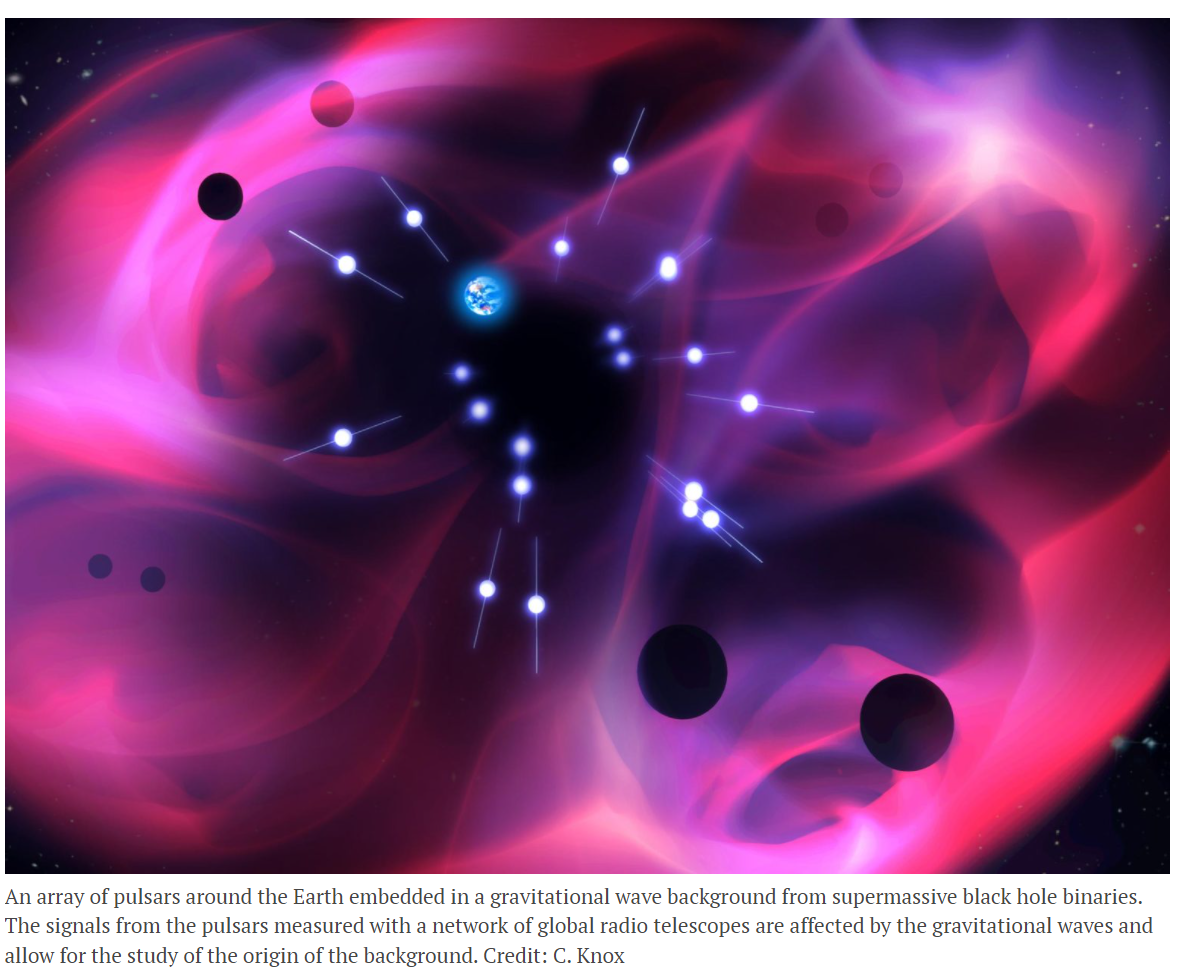 the NANOGrav project performed comprehensive analysis of these radio pulses to ascertain if there is any anomalous deviation in their expected timing (they pulse with the precision of clocks), because if there is a low-level constitutive gravitational wave background, it should be subtly apparent in deviations of the pulsar timing, since the gravitational waves will cause stretching and compression of the radio beams. Interestingly, NANOGrav has reported in a new paper [1] published in the January 2021 issue of the Astrophysical Journal Supplements [2], that just such perturbations have been observed. While the research team has not yet conclusively ruled out other possible reasons for the unexplained fluctuations—there are other known processes that can affect the timing of the pulsar radio pulses—further analysis of spatial correlation in the data may conclusively reveal the presence of an all permeating persistent gravitational wave background.