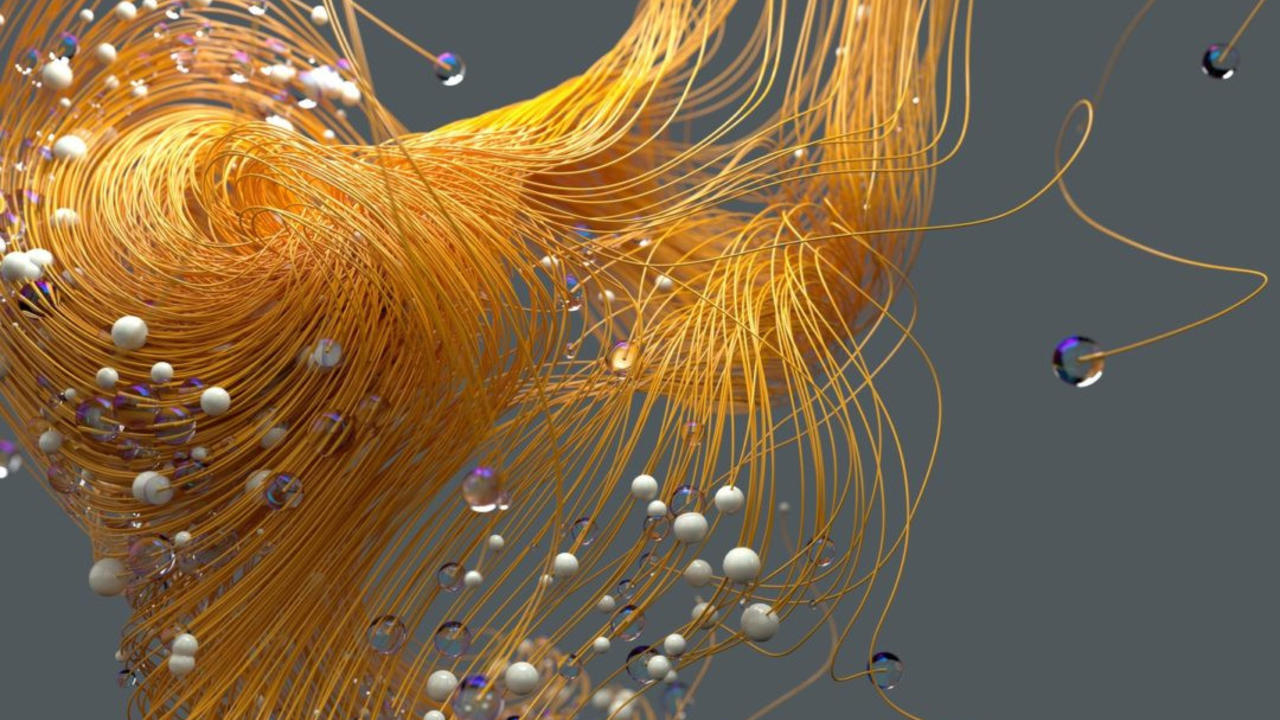 “…there is currently no explanation why the axes of quasars are aligned with the axis of the large group in which they are embedded” – Damien Hutsemékers, astronomer, University of Liège in Belgium

In the Resonance Science Foundation article The Rotating Universe, the evidence for a large-scale spatial coherence of the spin axes of quasars spanning mega parsecs (billions of light years) was reported. This was the first incontrovertible evidence of a cosmological-scale structure, or anisotropy, of the universe—following the controversial findings of dark flow, the axis of evil, the great wall and great voids, and the great cold spot.

Such large-scale structure is problematic to most cosmological models because the universe is assumed to be isotropic and homogeneous; in fact, this is so central to cosmological modeling that it is called the cosmological principle. Any deviation from a symmetric and random orientation of galaxies (isotropic ordering) would mean current models are wrong and would be unexplainable with conventional theory. 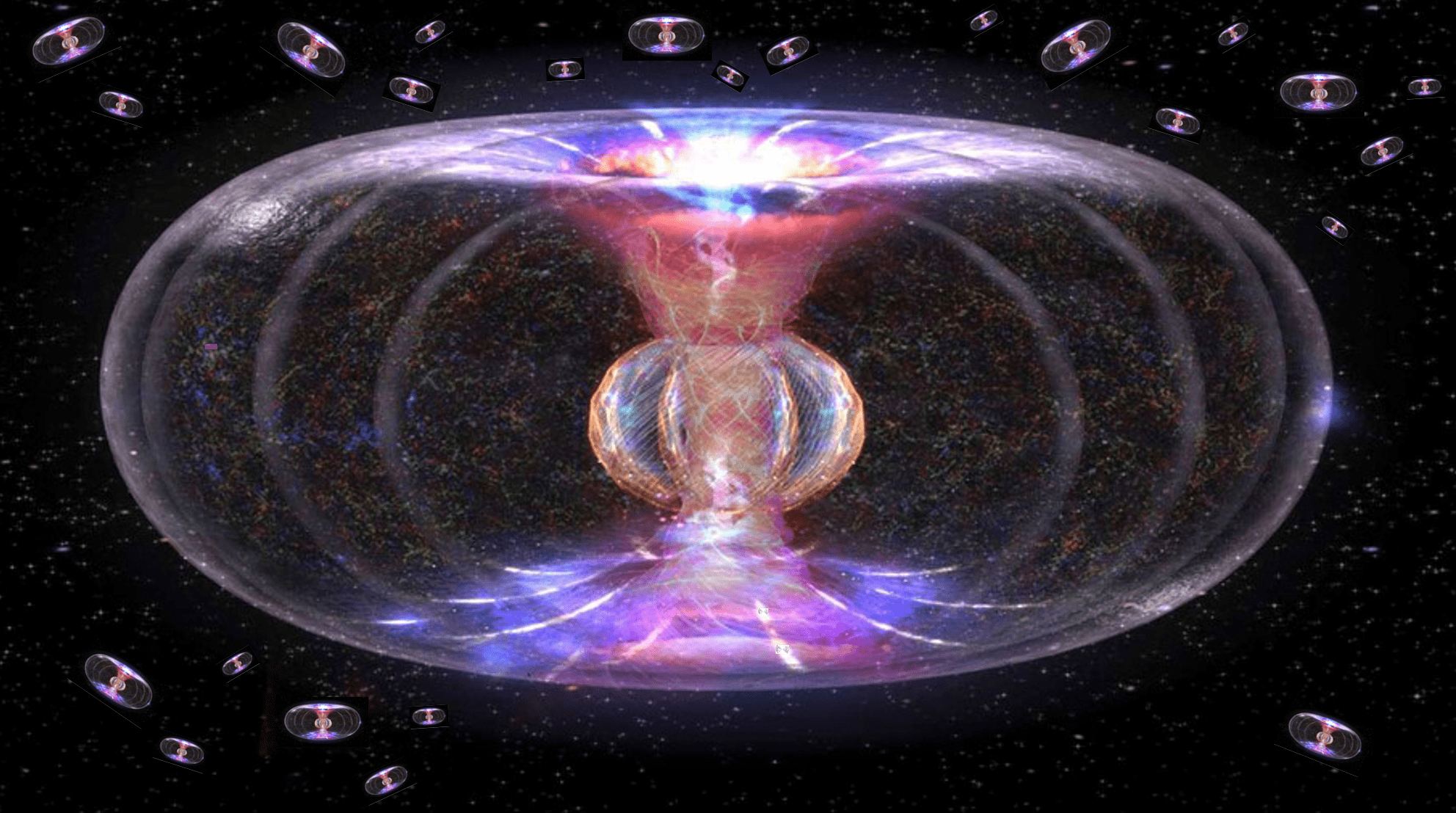 Damien Hutsemékers, the lead astronomer of the team at the University of Liège in Belgium which discovered the anomalous synchronization of galaxies, stated: “Existence of correlations in quasar axes over such extreme scales would constitute a serious anomaly for the cosmological principle.”

However, physicist Nassim Haramein’s cosmological model emerging from his discoveries in unified physics not only describes the origin and nature of large-scale structure, but it also posited a priori such anisotropic ordering. The key solution Haramein provided is that in addition to generating curvature of spacetime geometry, mass-energy also induces a torque component in spacetime so that it curves and spins. Therefore, wherever you have a high-density of matter, such as in protons, planets, stars, galaxies, and the universe itself, there will be spin.

A spinning universe will have properties different from an isotropic universe. Namely, there will be a definite orientation at large-scales, resulting in spatial coherence of a galaxy’s rotational direction and the average motion of its nearby neighbors, and it would be a definite rebuke of the cosmological principle of standard models.

Now, a study published in The Astrophysical Journal has identified “mysterious coherence in several-megaparsec scales between galaxy rotation and neighbor motion.” The study found that hundreds of galaxies were rotating in sync with the motions of galaxies that were separated by up to 6 megaparsecs (about 20 million light years)—a correlation that should be impossible.

Lead author Joon Hyeop Lee, an astronomer at the Korea Astronomy and Space Science Institute, and his colleagues studied 445 galaxies within 400 million light years of Earth and found that the orientation of the rotation of the galaxies was correlated with the average movement, such that galaxies rotating in a specific orientation, say clockwise, were also all co-moving in the same direction, while galaxies that were rotating counter-clockwise were all moving in the opposite direction.

The observed coherence implies that all of the galaxies are embedded in a large-scale structure that is rotating counter-clockwise. This synchronization should not be there according to the currently accepted cosmological model (the lambda cold dark matter or ΛCDM model). However, in Haramein’s unified physics, this is exactly what is predicted to be observed based on his cosmological model.

This, however, is not the only anomalous coherence that has been found between galaxies. Over the last several decades, highly controversial findings—in contradiction to the prevalent cosmological model which predicts close to isotropic distributions and random kinematics for galaxy systems—have discovered that satellite galaxies, or dwarf galaxies, which orbit larger ones like the Milky Way and Andromeda, are neatly organized in an orbital plane and do not have a random motion around the central galaxy but instead a coherent orbital rotation.

As the authors of the study A whirling plane of satellite galaxies around Centaurus A challenges cold dark matter cosmology put it, “This observational evidence suggests that something is wrong with standard cosmological simulations.”