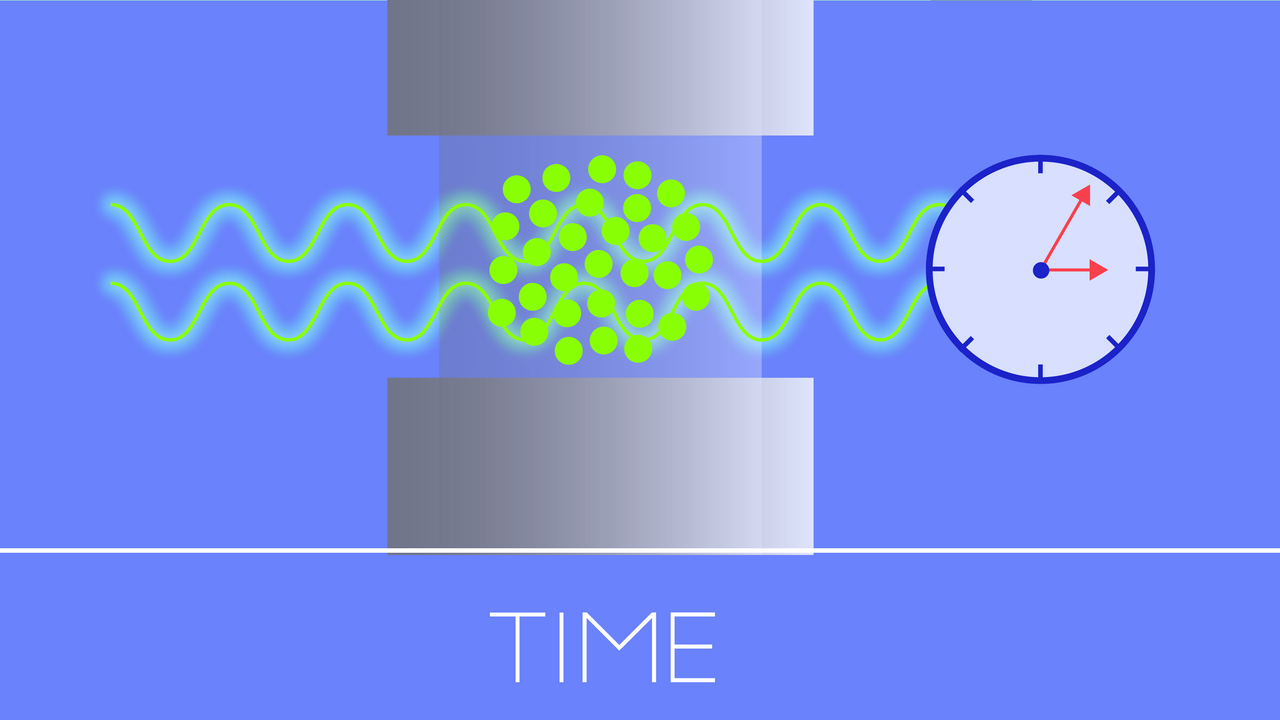 Time, which is regarded as a fourth dimension after the introduction of Einstein’s relativity theory, generally characterizes various properties of physical events such as quantifying the rate of change of physical observables associated with a particular event.

Almost all physical events are modulated by devices that keep time because one needs to keep a track of all the observables that are a function of time. This in turn helps in useful computations associated with a particular experiment. Devices to measure time have advanced from sundials and hourglasses which were used in ancient periods to quantum clocks (which operate by monitoring atomic states) used in modern times. A historical account of all the various devices used to measure time can be found here.

Traditional techniques to measure time such as those by the devices discussed above follow a predefined scheme. This scheme usually involves a certain measurement unit from one point in time to another— for instance, atomic clocks measure a second by figuring out the frequency needed for an electron to transition between two fixed energy levels in a cesium atom. 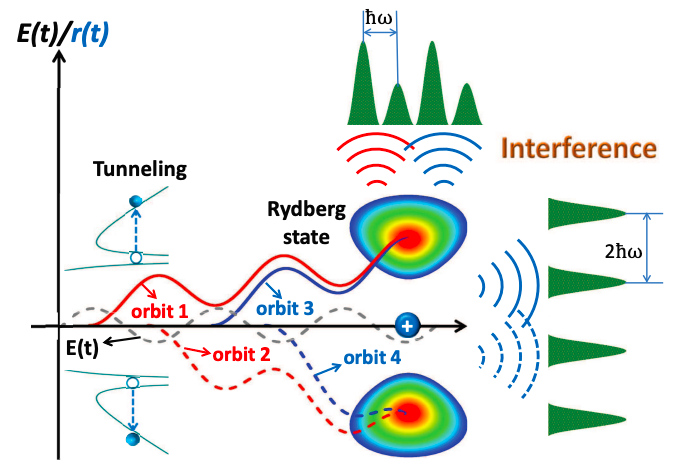 The Rydberg-state excitation process: The dashed grey curve denotes the laser electric field. The valence electron is liberated through tunneling in one of the various optical cycles of the pulse, whereupon it evolves in the laser field. The electrons captured into a certain Rydberg state in one direction (orbit 1 & orbit 3) or the other (orbit 2 & orbit 4) have different phases and will interfere, which leads to a peak structure in the intensity dependence with an interval of ∆ Up = 𝜔 . Interference between the two directions leads to a peak structure with an interval of ∆ Up =2𝜔 . Figure and text source: Jing Chen et al.

However, in recent work, researchers from the University of Uppsala have come up with a state-of-the-art method to count time [1]. Their technique is based on the wave nature emanating from Rydberg wave packets, which are mathematical objects to represent the way by which electrons move inside Rydberg atoms, which are defined as atoms that have been shot with lasers to push their electrons to extremely high energy states plunging the electrons farther away from the nucleus.

The Rydberg wave packets interact with each other to produce interference patterns (the graphical figure above shows how electrons in a Rydberg state having distinct phases produce interference patterns). It is expected that there would be a number of unique patterns created as a result of the interference phenomenon and each distinct pattern would determine the unique amount of time taken for the evolution of an individual wave packet as compared with others in the ensemble. This characteristic feature enables they could be employed as “time stamps”.

The researchers have associated technical terminology with the distinct oscillations resulting from the Rydberg states and these are called quasi-unique beat signatures (QUBS). Each oscillation acts as a fingerprint since it determines the time elapsed after the creation of each wave packet. In their original paper published in the journal physical review research (PRR), it has been mentioned that the QUBS-based timekeeper doesn’t employ a counter unlike traditional clocks like a mechanical, quartz crystal, or atomic. This characteristic truly makes it a highly important novel technique to measure time. This could offer rich consequences with respect to the physical aspects and also supply interesting technological applications to diverse research fields.