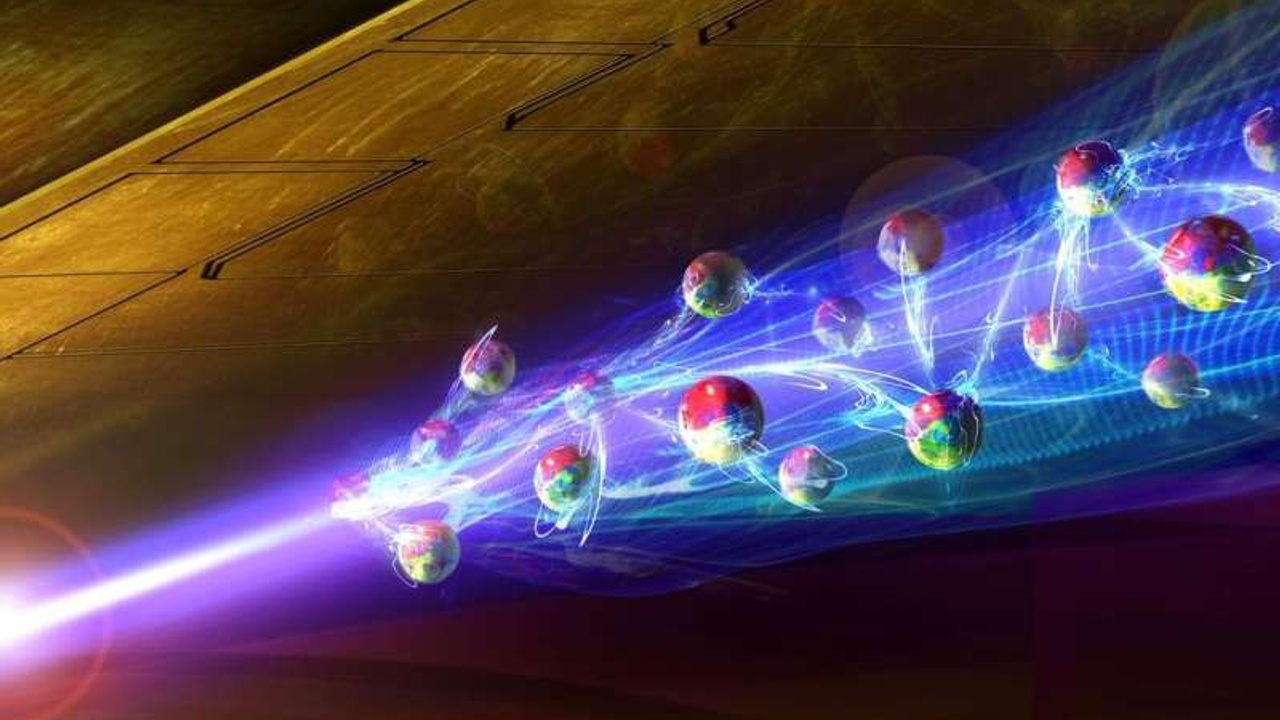 Light and matter are an amazing ensemble and laden with a lot of interesting physics. Scientists have always pondered upon new and exciting effects that could be created using light-matter interaction and one of the related curiosity-driven questions is whether light and matter can coexist as a single entity. New research conducted at TU Wien’s Vienna Center for Quantum Science and Technology (VCQ) in collaboration with the University of Innsbruck shows the possibility that it might do after all [1].

Utilizing the high polarizing ability of a laser, atoms were configured in a way that measurements resembled, in an unprecedented scenario, a special state of light and matter, much like a light-matter molecule.

Generally, dynamic atoms are in a high energy state which makes it difficult for a measurement to reveal an inherent attractive force between them. In order to overcome this challenge, the researchers involved in this study cooled the atoms to ultra-cold levels which are nearly less than a millionth of a kelvin thus making it easier for the effects to manifest because of the lowered mobility and then ultimately helped with the measurements. 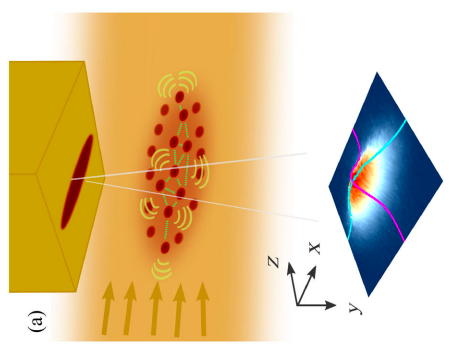 3D illustration of the experimental setup. A 1D BEC is magnetically trapped below an atom chip. After releasing the atoms from the trap, they are illuminated with a spatially homogeneous laser pulse to induce the LIDD interaction. The beam is aligned nearly parallel to the long (z) axis. Figure and text taken from the original paper.

It is well known that an atom in its natural state is electrically neutral. Still, the charge distribution inside the atom can be influenced by the action of an external field which in most cases is an electric field. Now the influence is such that the atom gets polarized and becomes a dipole with a positive and a negative side respectively. Using the same strategy, the concerned researchers of this novel study were able to polarize several atoms stacked next to each other in a way that two neighboring atoms always turned different charges towards each other, leading up to an attractive force. However, the polarizing agent used in this case was electromagnetic radiation sourced through a Laser rather than an electric field. Nevertheless, this attraction between the atoms should not be confused with the usual atomic coupling inside a molecule since the former is much feebler in nature.

The new findings are primarily of interest in atomic and condensed matter physics, with possible implications in the astrophysical domain as well. Talking about the applicability of the same, a co-author of the work says, “This attractive force is a complementary tool for controlling cold atoms. But it could also be important in astrophysics: In the vastness of space, small forces can play a significant role.”