Extraterrestrial Technosignature Still a Viable Explanation for 'Oumuamua, was it an Interstellar Probe? 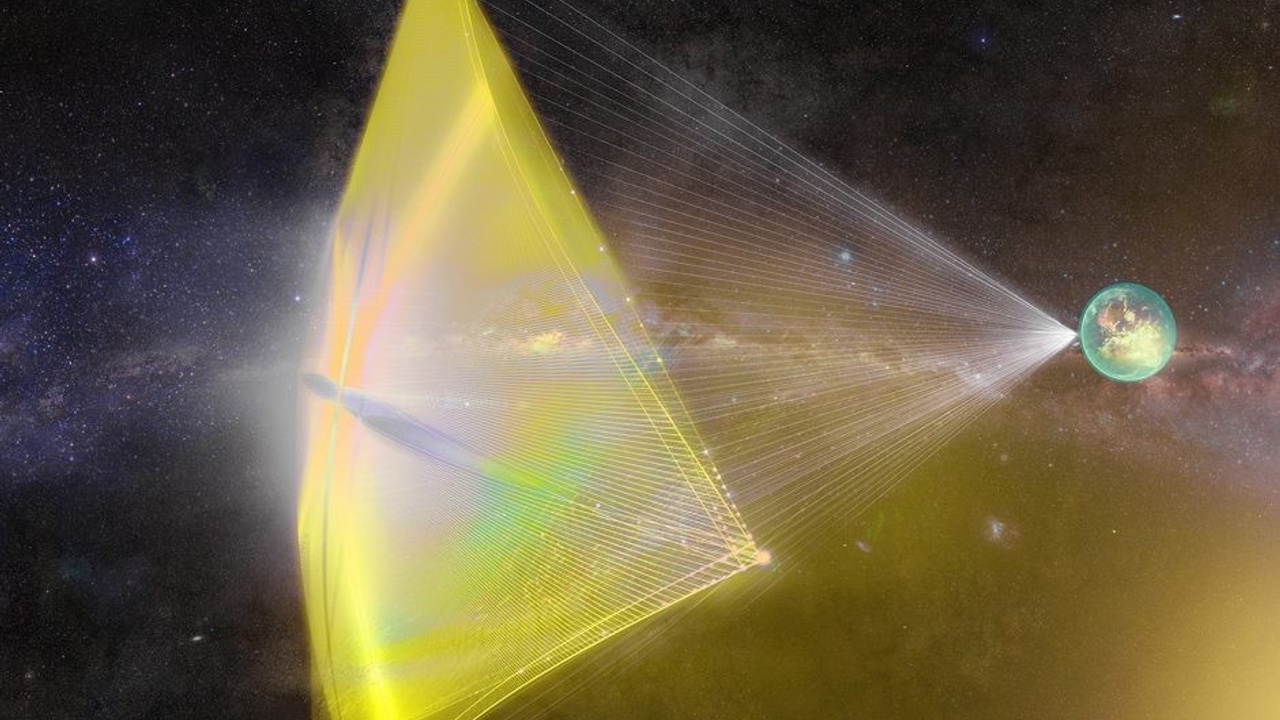 In 2019 we reported on the first interstellar visitor to our solar system and the interesting proposal by Harvard astronomer Avi Loeb that it could be a possible technosignature of extraterrestrial engineering. Loeb proposed this hypothesis to answer many of the anomalous observables of the interstellar visitor, named 'Oumuamua, such as its oscillating reflectivity— indicating that its profile is changing from a large area to a smaller one, so that it is either flat like a solar sail, or long and thin like a cigar shape and tumbling— the lack of any outgassing as it passed by the Sun, and its anomalous trajectory whereby it accelerated as it left the gravitational well of the Sun and our solar system.

Loeb further expounds that the sudden acceleration and deviation of 'Oumuamua from its expected orbit appeared to be the result of radiation pressure, which is precisely how solar sails achieve propulsion. What’s more, the interstellar object’s orbital trajectory put it on a pass-by of Earth— in other words, its orbital dynamics allowed it to get a close look at the only habitable planet in our Solar System, which is precisely what one might expect of an interstellar probe.

If it seems far-fetched that an extraterrestrial intelligent civilization may exist that can send a probe to our solar system, consider that with our extant technological capabilities we are already preparing our own interstellar probe with Project Starshot, an initiative sponsored by the Breakthrough Foundation, which will use a solar sail to propel humanity’s first interstellar probe to the Alpha Centauri stellar system. So even at a rudimentary level of technological sophistication, such as our civilization, solar sail propulsion is a viable methodology for interstellar transit. We are the example that a civilization does exist in the galaxy that is capable and willing to send out interstellar probes.

Despite the overwhelming facts that it is perfectly reasonable to consider certain classes of phenomena as possible intelligently engineered extraterrestrial technosignatures—to the conservative mind-set it remains an absurd suggestion (probably more for emotional reasons than logical ones), and many astronomers are intent on finding any explanation for the observables of 'Oumuamua that do not involve intelligence of a non-human variety.

One such explanation came in March of 2021, when two researchers from the School of Earth and Space Exploration (SESE) at Arizona State University offered an alternative hypothesis. In two published studies, SESE Exploration Fellow Alan Jackson and Professor Steven Desch argued that ‘Oumuamua may have been a nitrogen ice fragment ejected from a young star system (possibly in the Perseus Arm of our galaxy) ca. 400 to 500 million years ago.

Jackson and Desch addressed the size and materialconstraints of ‘Oumuamua in their first paper, and showed how it's albedo was similar to the nitrogen ices on the surface of Triton and Pluto. In a subsequent paper, they showed how these types of nitrogen ice fragments could be generated by the collision of extrasolar objects similar in constitution to Pluto and Kuiper Belt Objects. The nitrogen ice fragment hypothesis is appealing because the outgassing of nitrogen from any such object as it approaches the Sun would not be visible to telescopes like the one used to view Oumuamua. And the non-gravitational anomalous acceleration of Oumuamua can potentially be explained by the outgassing, acting as a kind of propellant as the object travels away from the Sun and out of the Solar system.

In their latest study The Mass Budget Necessary to Explain ‘Oumuamua as a Nitrogen Iceberg, Siraj and Loeb show that even under the most optimistic assumptions possible, the amount of material needed to produce the required population of exo-Pluto like objects would require more than ten times the entire mass of stars in the Milky Way Galaxy. Under less than optimistic assumptions—which factors in the process of cosmic ray erosion of nitrogen fragments from exo-Pluto like objects—the amount of material needed would exceed the mass of the galaxy by a thousand-fold. As Siraj explains:

“These numbers render the nitrogen model untenable, since only a small fraction of the stellar mass in the Galaxy goes towards the production of exo-Plutos.” Source: Universe Today, Not Saying it was Aliens, but ‘Oumuamua Probably Wasn’t a Nitrogen Iceberg…

Considering Siraj and Loeb’s calculations, there is reason to doubt the nitrogen iceberg hypothesis, and the facts still stand that an intelligently engineered probe similar to a solar sail is a possible explanation for our solar system’s first observed visit of an interstellar voyager.

Considering the ever-mounting number of habitable exo-planets continuing to be discovered juxtaposed with the seeming silence of intelligent extraterrestrial signals in the Radio frequency range from decades-long studies like SETI, the question is often posed: where is all the other life in the galaxy? So much good real estate out there, yet so little evidence of any denizens. This apparent conundrum is often referred to as the Fermi Paradox.

Yet, the solution to the Fermi Paradox may be very simple— that when indications for the presence of intelligent extraterrestrial civilizations are present the evidence is ignored or dismissed. So, the paradox is not sourced in a lack of ET technosignatures, but instead in a willing dismissal of any such signatures. Take the videos of Unidentified Aerial Phenomena (UAP) officially recognized by the US Pentagon as authentic:

Analysis of the capabilities of the craft show they are beyond any known extant human technology. Yet such clear evidence is summarily dismissed with explanations from top scientists like Neil deGrass Tyson that it is probably a glitch in the hardware of the U.S. Navy’s advanced aerial tracking technology, exemplifying that scientists and others are more willing to offer obviously ridiculous explanations, under the specious guise of being rational, than to consider the possibility that we may have the evidence of extraterrestrial intelligence available to view on YouTube.