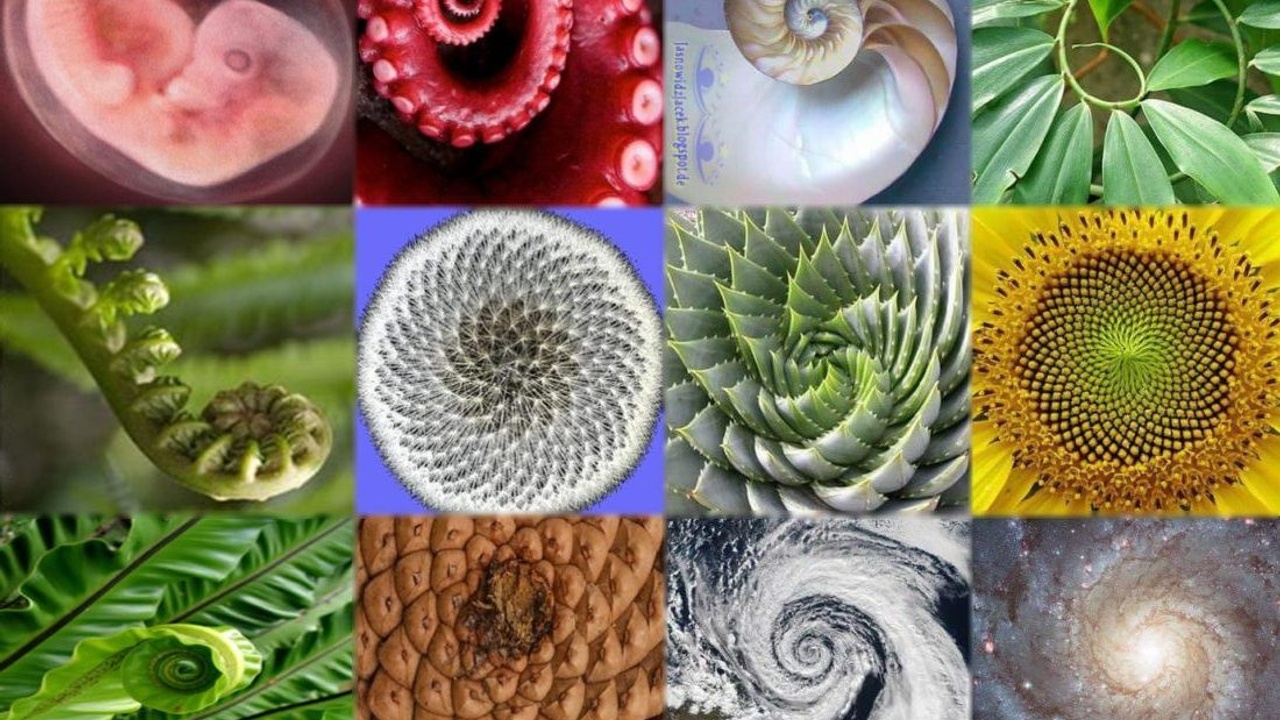 In former works we have addressed the importance of topology in material science and quantum systems.

The word topology refers to the contours of a surface or the shape of an object. In mathematics, topology classifies objects by the number of holes they have. A ball is a sphere with no hole, whereas a doughnut, with its one hole, is topologically different. The ball is topologically equivalent to an apple, and a doughnut to a cup, but not to a ball or a pretzel, since going from one topology to another would require a dramatic change, like ripping a hole. This topological feature or state provides a sort of stability to the system, and for this reason, the topological states discovered in some materials are robust and resist disruptions, unless they are as dramatic as the one mentioned previously.

Topological materials provide certain electronic states that persist despite a modification to their physical shape. What’s important isn’t the shape itself but the structure of its electronic bands; regions of electronic energy distribution particular to each material. The electronic band structure is the digital print of a solid or crystalline structure and defines the electronic and chemical properties of the material such that the properties are homogeneous along the whole sample. But in topological materials, there can be the case where the bulk of the material is insulator, whereas the surface of the material is conductive; in this case the energetic band is also physically located in a particular region of space and the properties distributed in the material are nonhomogeneous along its volume, such that one can combine electric properties of different materials in a single material and control the location of these properties. And these weird effects are not disrupted by small defects in a crystal; if there’s some damage in the surface, the current simply flows around it, because the surface state is very stable. Not even a major disruption such as a high increase in temperature is enough to modify topological properties. 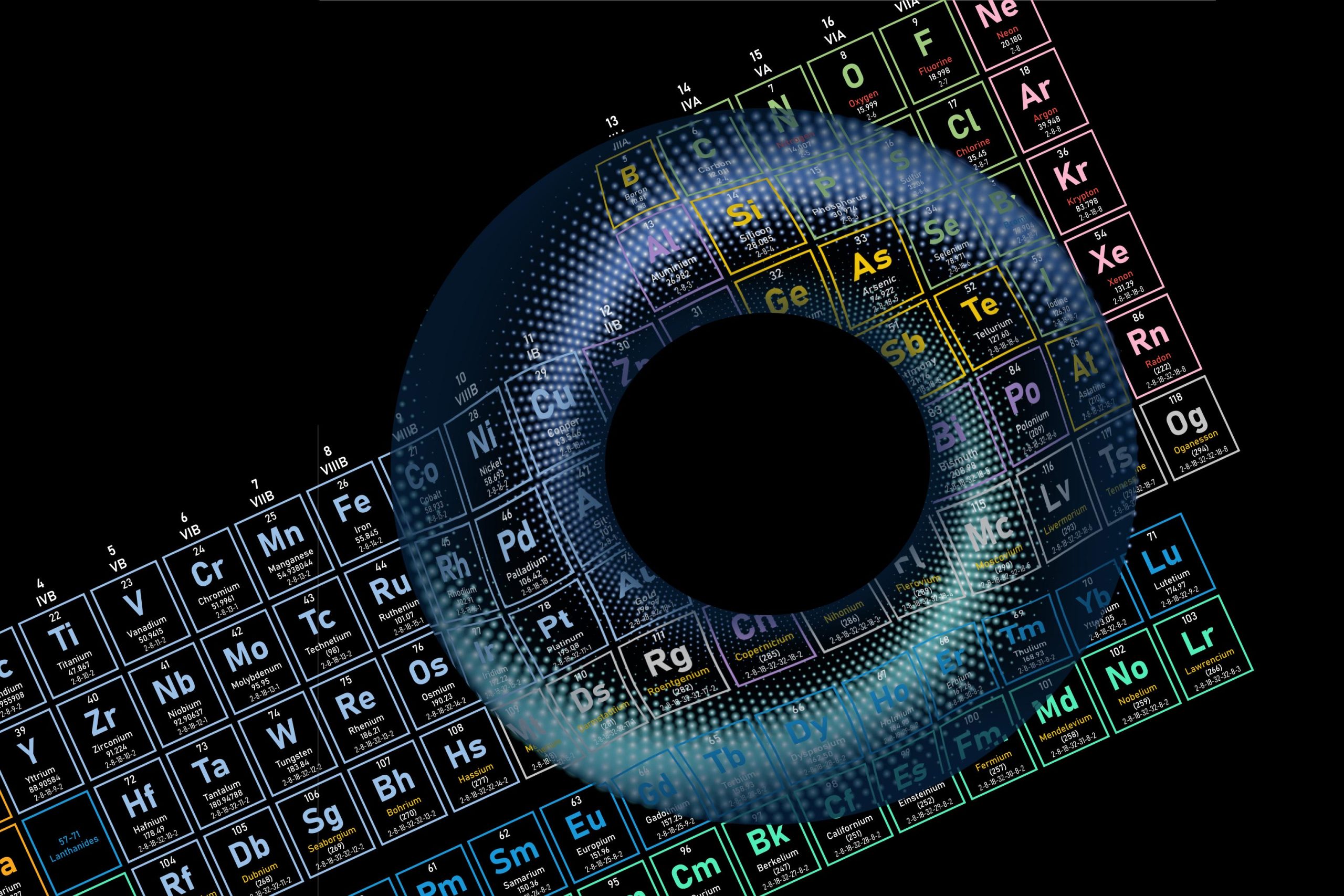 To know beforehand if a material is topological, researchers have developed a method to analyze the materials, based on their constituent elements, crystal structure and positions of atoms. A new database reveals that over 90,000 known materials have electronic properties that remain despite strong disruptions [1].

These topological properties may also be induced in materials that originally don’t present these states, and computational platforms for quantum simulations are an excellent tool to study the circumstances in which these states arrive. Using these tools, a work by Philipp Dumitrescu et al. has found that these capabilities can also enable dynamical phases (phases that change over time) and critical phenomena that exhibit topologically robust methods, to create, manipulate and protect quantum entanglement (effect that normally decoheres almost immediately due to interactions) against large types of errors.

The authors of the study published in Nature demonstrate what they called an “emergent dynamical symmetry protected topological phase (EDSPT), in a quasi-periodically driven array of 10 ytterbium atoms ions used as quantum bits, i.e., a quantum processor supported on these 10 atoms. Each ion is individually controlled by electric fields produced by an ion trap, and they are manipulated or measured using laser pulses.

This phase showed to exhibit edge qubits that are dynamically protected from control errors, cross-talk, and stray fields.  As the abstract states:

“Crucially, this edge protection relies purely on emergent dynamical symmetries that are totally stable to generic coherent perturbations. This property is special to quasi-periodically driven systems: as we demonstrate, the analogous edge states of a periodically driven qubit-array are vulnerable to symmetry-breaking errors and quickly decohere. Our work paves the way for implementation of more complex dynamical topological orders that would enable error-resilient techniques to manipulate quantum information”

Interestingly, the laser pattern they used to drive the dynamical quasi periodicity of the system, was the Fibonacci sequence. They pulsed laser light at the computer’s qubits using the sequence based on the Fibonacci numbers and compared it with the periodical case, finding that with the quasi-periodic pattern the edge qubits stayed quantum for the entire length of the experiment, about 5.5 seconds in total. Meanwhile, for the periodic case, it was much less, around 1.5 seconds, which is impressive as well, since qubits interacting strongly with one another would be expected to decay much faster.

The periodic case is when a laser alternates between two pulses of lengths A and B (A,B,A,B..) while in the Fibonacci sequence, each part of the sequence of pulses is the sum of the two previous ones (A, AB, ABA, ABAAB, ABAABABA, etc.), as the pascal triangle below depicts: 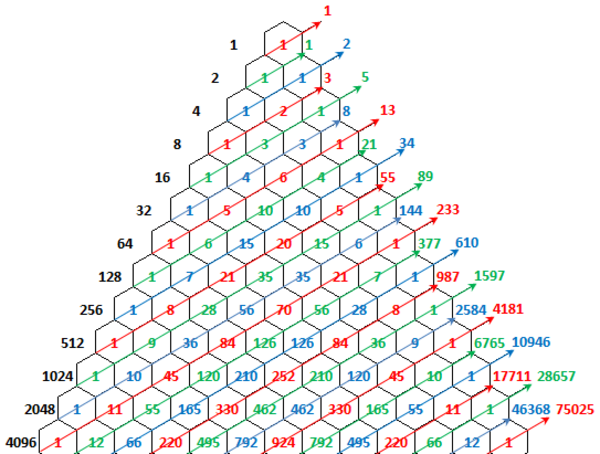 In general, when one plots the Fibonacci sequence as a projected square area, one obtains the very familiar Fibonacci spiral, where the units blocks are represented by the square grid. The spiral starts with the 1 and 1 units (squares white and dark purple, which contain just one block of the grid), as it propagates to the light purple square (which contains the sum 1+1=2, so the area is a square of base and height of 2 units), then follows the aquamarine (1+2=3 units for base and height), then the green larger square with 3+2=5 units squares for base and height, and so on … It is curious that the Fibonacci sequence is the one at which the entanglement and hence the quantumness of the system is most protected from perturbations, since the spiral based on that sequency seems to be at the foundation of many natural phenomena, such as a tornado pattern, the curving of a nascent leaf, the curving of a seashell, and more.

The authors of the study are emphatic about the fact that “the dynamical topological protection of the EDSPT edge states does not require any fine-tuned symmetry, but rather stems from purely emergent dynamical symmetries that are “absolutely stable” to generic coherent perturbations. The quasi-periodicity of the drive is essential for achieving this property.” [2]

This work opens the door for implementation of more complex dynamical topological orders that could enable error-resilient techniques to manipulate quantum information., therefore, making quantum information processing more reliable and less vulnerable to disrupted computations. This work also paves the way to new strategies for dynamically extending coherent information storage in the presence of strong interactions and cross-talk between many-qubits, which is of main importance as well in quantum computers.

This extraordinary experimental result gathers many features of interest in the frame of our Unified view. We are particularly focused on experimental outcomes that hint into the characteristics that a system should have to preserve quantum effects such as entanglement. since entanglement is a primary agent in our theory.

The fact that a Fibonacci sequency in time may play an important role at quantum regime, and that at the macroscopic scale, nature is a manifestation of such sequence projected in space, may be more that just a curiosity or a hazardous coincidence. Maybe the fact that such sequence pattern preserves entanglement, is the reason why most natural phenomena behaves as a Fibonacci spiral, therefore suggesting the possibility that quantum effects are absolutely present at macroscopic scales. Former experiments have already observed entanglement at ambient conditions, such as the one observed between two diamonds. We are getting used to these findings that increase considerably over time.

When interviewed about their work, the authors have said that the phase presents the benefits of two time dimensions, despite there still being only one singular flow of time (see reference here). Although the original paper does not mention explicitly this last, it seems rather intriguing and we look forward to delving deeper into this aspect of the discovery.