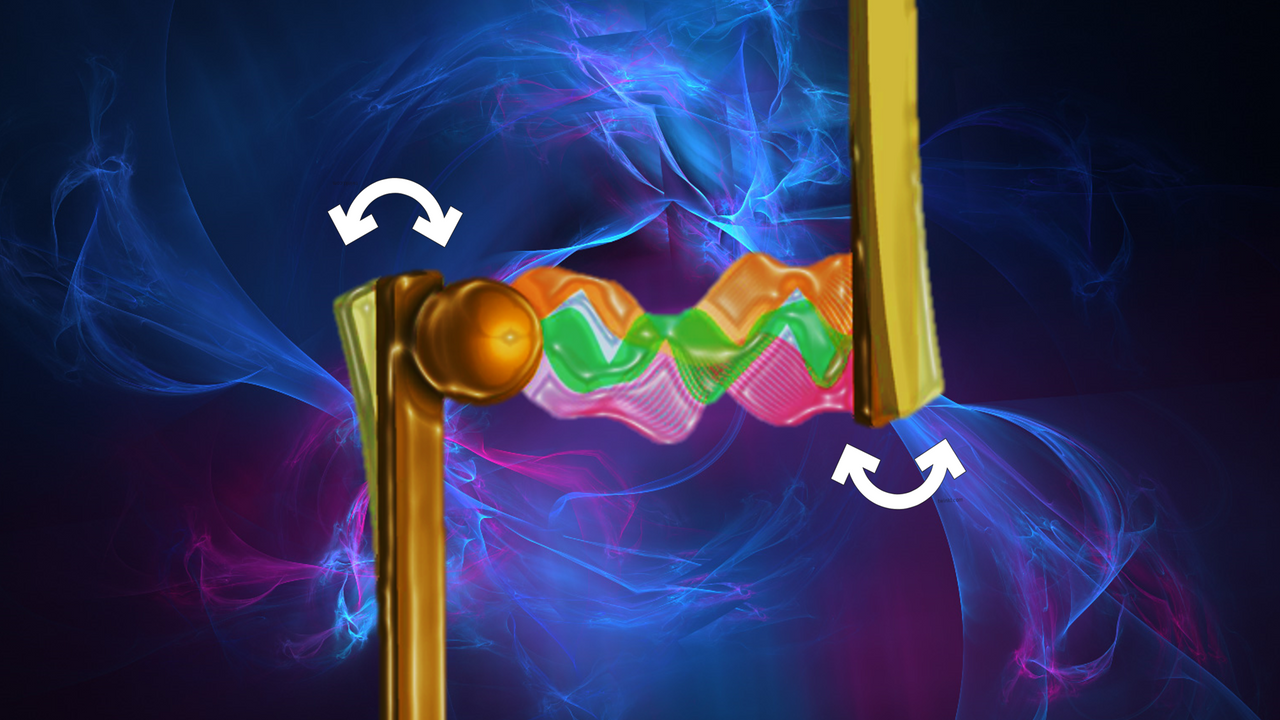 A fundamental outcome of quantum field theory is the prediction of an ever-present non-zero energy in the vacuum state. In classical physics, a vacuum is totally devoid of energy or substance. In modern physics, all forces and associated particles are field-like, and their manifestation is a result of excitations of the respective quantum field. As such, according to quantum field theory, even in a vacuum there are quantum fields, and importantly these fields are always undergoing random excitations, even at the point where there should be zero energy—i.e., there are constitutive zero-point energy fluctuations.

These quantum vacuum energy fluctuations are not trivial, in the theory of Quantum Chromodynamics (QCD) they are what gives hadrons, like the proton, their mass. Within QCD theory, about 2% of the mass of neutrons and protons comes from the so-called Higgs interaction, the remainder of the mass (the other 98%) comes from energy fluctuations of the QCD vacuum generating a quark-antiquark and gluon condensate—see Nobel physicist Frank Wilczek’s lecture on the “materiality of a vacuum” to learn more about the properties of the “aether” particularly in application to QCD.

The phenomenal energy of the quantum vacuum makes up our quotidian world, matter is made of vacuum fluctuations, and physicists like Nassim Haramein have applied this understanding to reveal how particle masses arise, as well as the forces and constants of nature [1],[2]. This constitutive fluctuation of the energy density of space, on very short distances and timescales, is not just theoretical—its effects have been empirically observed and characterized. The most well known effect of which is the Casimir force, which in its simplest form produces an attraction between objects that are at sub-micron distances from each other, due to how the objects cancel out certain modes of the quantum vacuum fluctuations, generating a force—but which has also been used to generate repulsive forces (for levitation), has released photons from the vacuum through the dynamical Casimir effect, and has also been utilized to realize nonlinear oscillation [3], quantum trapping [4], phonon transfer [5] and dissipation dilution [6].

As can be seen, there are many potential technological applications of the Casimir effect (not least of which would be an anti-gravitational force if the effect could be sufficiently amplified and controlled). Now, a team has reported on a non-reciprocal device based on quantum vacuum fluctuations, that can affect unidirectional transfer of energy, like a diode. In a publication in the journal Nature Nanotechnology, the team reports a quantum-vacuum-mediated non-reciprocal transfer of energy between two micromechanical oscillators [7]. The research team that published the study, headed by Tongcang Li of Purdue Quantum Science and Engineering Institute at Purdue University, have for the first time demonstrated a breakthrough in utilizing quantum vacuum fluctuations to regulate energy transfer at the nanoscale and build functional Casimir devices.

Similar to the control of electric current with diodes, the research team purports to have developed an efficient “Casimir diode” that can rectify energy transfer coupled by the Casimir interaction. The research team explains that the non-reciprocity, or unidirectional energy transfer, is realized by dynamic modulation of the nonlinear Casimir interaction in a specially constructed optical cavity in which frequency modes of membranes of two micromechanical oscillators are coupled using light and dynamically modulated to a special state of the frequency modulation called the exceptional point (see Figure 1b & 1c), an optical-mechanical (or optomechanic) technique. By utilizing the strong nonlinearity of the Casimir interaction and asymmetric structure near the exceptional point to break the time reversal symmetry by modulating the separation between dual-cantilevers (the micromechanical resonators) at the desired frequency and amplitude the researchers have realized non-reciprocal energy transfer with the Casimir interaction. 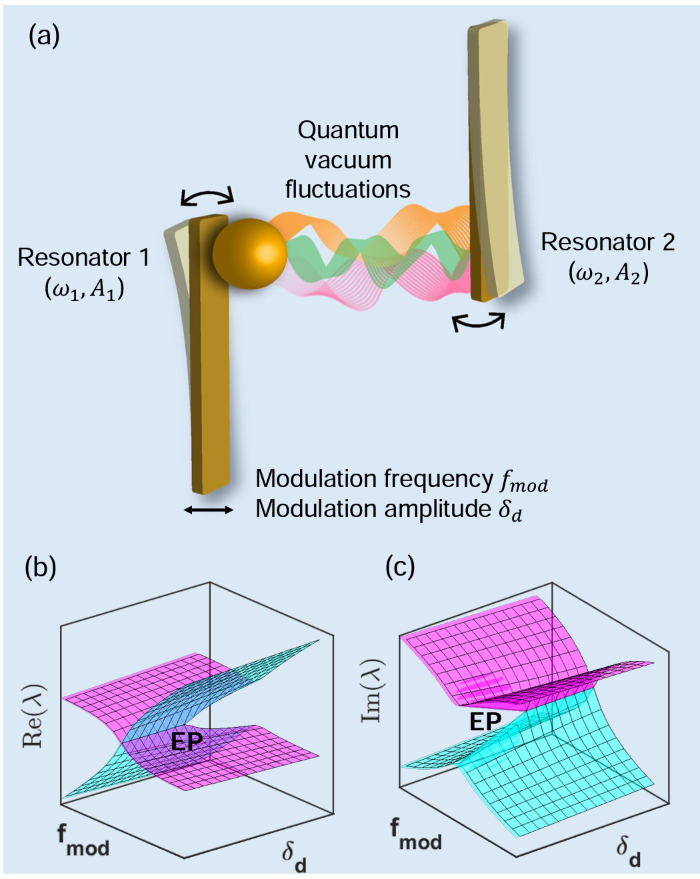 Figure 1: Casimir effect in the dual-cantilever system and eigenvalues near the exceptional point. (a): Two modified cantilevers with resonant frequencies ω1 and ω2 experience a Casimir force due to quantum vacuum fluctuations. The vibration amplitudes of two cantilevers are denoted as A1 and A2. An additional slow modulation with a frequency fmod and an amplitude δd is applied on resonator 1 to realize parametric coupling. (b) and (c): The real part and the imaginary part of the eigenvalues are shown as a function of the modulation frequency fmod and the modulation amplitude δd. The two eigenvalues exhibit a nontrivial topological structure near the exceptional point (EP). Image and description from [7] Z. Xu, X. Gao, J. Bang, Z. Jacob, and T. Li, “Non-reciprocal energy transfer through the Casimir effect,” Nat. Nanotechnol., vol. 17, no. 2, Art. no. 2, Feb. 2022.

The results are another empirical demonstration of the substantive and non-trivial nature of the quantum vacuum zero-point energy, and the nonreciprocal operations open new directions for controlling optomechanical systems, as exemplified by the team’s revolutionary “Casimir Diode”. The technique offers an impressive degree of control of micrometer or nanoscale optomechanical systems since the direction of energy transfer depends on the sequence of operations. Certainly, the remarkable system will provide the flexibility for future applications in Casimir-based devices.