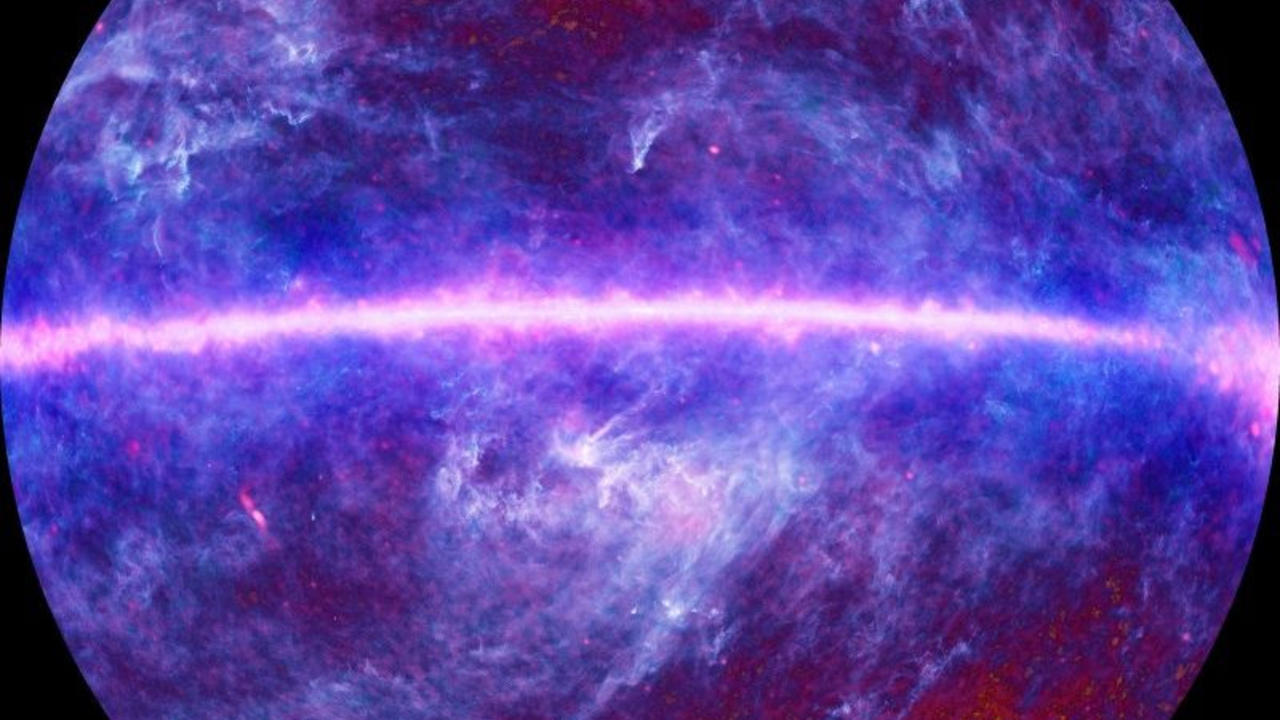 Finally, we can all agree that the vacuum is just not living up to its name and is in fact teeming with energy. The question now is, how much energy?

Well the answer to that question is yet to be agreed upon and as always, it’s those quantum physicists and cosmologists that are in dispute. However, this dispute is rather significant – specifically 122 orders of magnitude significant. This discrepancy, known as the vacuum catastrophe, is named as one of the worst predictions in physics.

So why the discrepancy … well, it all depends on how you see the vacuum.

At the quantum scale scientists are only able to make inferences about what is going on. Albeit those inferences are pretty spot on, with quantum physicists successfully making very precise predictions. However, this predictive power does not give insight into the nature of the quantum realm and thus the quantum vacuum. Previously it was thought to be not much more than a mathematical convenience with no relevant physicality. This thinking was cemented in 1887 with the Michelson Morley experiment, which concluded that space was empty and void. However, as painful as it was for some, whisperings from this dark void started to be heard.

In 1947, Hans Beth showed that spectral observations of hydrogen could be explained if the energetic effects of “quantum vacuum fluctuations” were included. Great scientists like Dirac had alluded to such an effect over a decade before – dubbed the Dirac Sea – and of course Newton and Maxwell did not think of space as completely empty, instead thinking of it as more like a fluid. Even Einstein in his later years agreed that “according to the general theory of relativity space without ether is unthinkable”. Finally, in 1996 the effects of the quantum vacuum, theorised by Hendrik Casimir and known as the Casimir effect, were measured thus verifying the effects of this intangible realm. The idea of space not being empty now seems to be the general consensus, with prominent physicists such as Nobel laureate Frank Wilczek, describing us as “… children of the ether …” in a 2017 lecture entitled “Materiality of a Vacuum”. 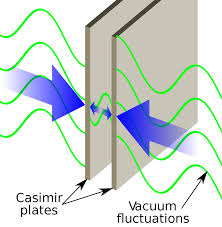 So, now on to measuring this infinite sea of energy which can be done by simply adding up the lowest possible energy of a harmonic oscillator over all possible modes. However, the shorter the wavelength of the vibratory mode, the higher the frequency and thus the greater contribution to the vacuum energy density – resulting in an infinite vacuum energy density. We therefore need to first define our frame of reference and only include wavelengths that are greater than that frame of reference. The obvious frame of reference is that of the Planck length – which is the smallest unit of length in the Universe (within our universe at least).  This gives a gargantuan value of 1093 g/cm3 – which is very very dense!

However, when we look at the opposite end of the scale – the cosmological scale – we find a value that is smaller by an order of 122 magnitudes. To make measurements of the vacuum energy density at this scale – we have to rely on observations by astrophysicists and some assumptions about the cosmological model.

The first assumption is that we live in a homogeneous and isotropic universe. In other words, the universe looks the same from all locations (homogeneity) and has no preferred direction (isotropic) – however this assumption implies that the universe is not spinning, but we’ll leave that for another time.

The second assumption is that at large scales the universe appears flat. Now like most things in the Universe, including the Universe, there is a critical point – at which change happens. The current model states that we live in a flat universe and for this to be true the total mass energy density of the universe must equal this critical value. Based on the current observations the material world only makes up 5% of this critical density of the universe, with dark matter (27%) and dark energy (68%) accounting for the rest.

The third assumption is that the universe is expanding. Originally proposed in 1972 by the Belgian astronomer and cosmologist Georges Lemaître who theoretically postulated that the universe began with the cataclysmic explosion of a small primeval super-atom. This idea came as a shock to the scientists of the time as it was believed the universe was static. 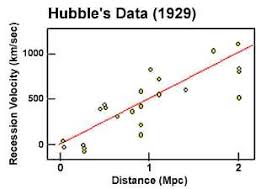 However, in 1929, while making an observational study of galaxies, Edwin Hubble found that the recession velocity of galaxies increased with increasing distance – that is the space between galaxies is expanding. The rate of expansion, now known as Hubble’s constant , is the main parameter in models of the expanding Universe.

Eventually it was found that the universe was expanding at an accelerated rate, so despite its removal, it was reintroduced as a “negative” energy that was thought to be driving the expansion. So, although a constant its presence does not seem to be so constant. Should it be here or shouldn’t it, that is the question?

Well, assuming the Universe is pervaded by a form of energy (aka dark energy) and we represent that energy in terms of the cosmological constant – then the answer is yes it should be here. However, instead of being merely an additive factor the cosmological constant is coupled to the density – specifically the critical density of 10-29 g/cm3 – which is 122 orders of magnitude less than that predicted by quantum field theory!

To understand this better and resolve this discrepancy, we need to first start with a quantized view of the universe from the very small to the very big. The generalized holographic model introduced by Nassim Haramein offers such a view – and it’s all about those Planck units – defining the fundamental quantized information bit, or voxel, of the universe. 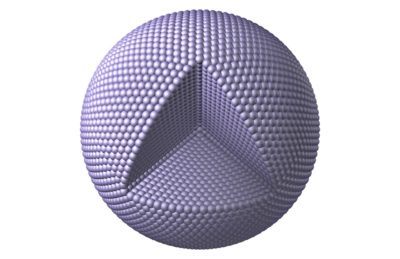 In this model the energy – or information – of any spherical system is proportional to the number of Planck Spherical Units (PSUs) or voxels within the spherical volume and the number of voxels available on the spherical surface horizon. This holographic relationship between the interior and the exterior defines the mass-energy density of the system while the inverse defines the mass expressed by the system at any given moment.

Similarly, when looking at the exterior energy available in terms of Planck voxels on the surface horizon of a spherical shell universe it was found to equate exactly with the critical density of the Universe without requiring the addition of dark matter and dark energy. That is, if we scale the vacuum energy density at the Planck scale (1093 g/cm3) by the proportion of that energy available on a spherical surface horizon we find that as the horizon expands to the size of our universe the vacuum energy density decreases by 122 orders of magnitude.

It’s as if a proton escaped another universe and expanded to form our universe, much like that of as Lemaître’s expanding primeval super-atom. As well one could conclude from our understanding of energy – or information – that the universe is expanding and accelerating because it is learning about itself and thus it requires more surfaces to store the holographic information. The rate of expansion is thus governed by a pressure gradient due to the information transfer potential at the horizon.

This quantized view of the universe is not only able to resolve the vacuum catastrophe but as well offers insight into the evolution and dynamics of our universe. The details of this work were recently published in the Journal of High Energy Physics, Gravitation and cosmology.