The Role of Consciousness in the Universe 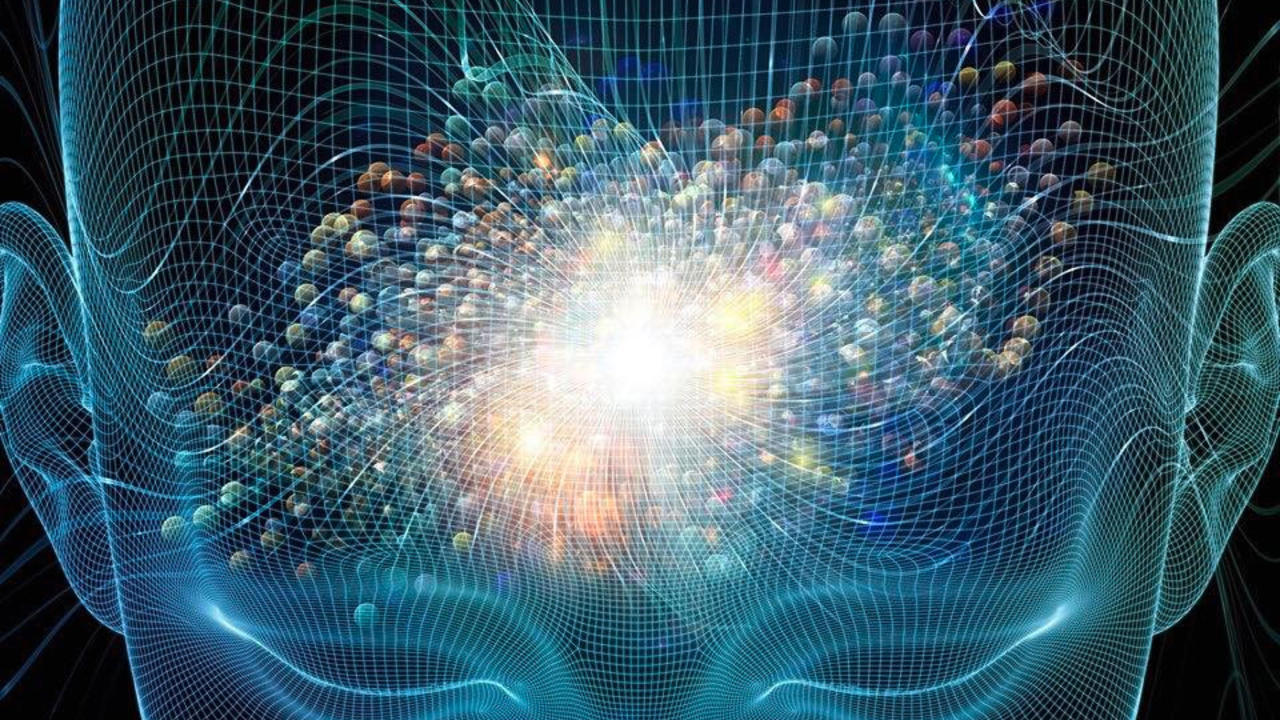 The role of science, as a methodology and tool, is to help us better understand the nature of our world and universe, and ultimately our relationship to it. This means that no legitimate phenomenon that is observed should be excluded from this quest for greater elucidation. However, there has been a general exclusion of developing a science of consciousness—that is, explaining the nature, source, and role of consciousness in the universe.

The primary reason for this general neglect of such a highly germane topic to anyone who experiences periods of “wakefulness” (i.e. all of us that are conscious and aware) is the unfounded assumptions underlying the scientific consensus opinion on the nature of consciousness.

A major unchecked assumption is that consciousness is only an epiphenomenological state generated by electrical activity of the highly developed central nervous system of the human brain. Under this assumption, for many researchers it suffices to restrict scientific investigation of consciousness to delineation of mechanisms of the brain (we will see why this does not address the hard problem of consciousness).

This assumption has concerning inconsistencies: the most potentially erroneous of which is the notion that only animals with highly specialized central nervous systems display consciousness—the state of having an internal experience—and that all “lower” organisms are only automatons responding unthinkingly to environmental stimuli.

The problem with this assumption is that it is based solely on arbitrary biases for where it is assumed the spectrum of conscious levels of awareness begins and ends: some extend it across the board—including humans, as essentially automatons albeit with the illusion of “conscious free will”—while others arbitrarily specify the cut-off point for consciousness at “large animal brains”. Yet, simply observing the behavior of what is erroneously considered “simple organisms” reveals complex and adaptive behaviors, learning, memory, and other key markers that are indicative of the presence of an internal state of conscious awareness.

Even a cursory examination of the behaviors of some highly motile unicellular organisms, which being a single cell certainly do not have neurons, demonstrates behaviors that are veritably indistinguishable from larger multicellular organisms—even those with developed central nervous systems and brains. Only a small fraction of researchers would even come close to considering that a unicellular organism is anything other than a living machine, and certainly not having an internal experience, again because it is assumed that consciousness can only arise from a (very) large brain.

However, there is a growing number of researchers who disagree, particularly in light of the recently emerging field investigating the role of quantum mechanical mechanisms of information processing in the living system, which when considered in its full scope can bestow a single cell with the computational power normally attributed to an entire brain. And, as is addressed in my paper Unified Physics and the Entanglement Nexus of Awareness, understanding the quantum correlates of spacetime geometry and the resulting memory capabilities of spacetime (space-memory) that emerge from a unification of Quantum Mechanics and General Relativity describes how these quantum mechanisms of information processing involve multiply-connected spacetime geometries.

This means that the information processing that occurs in generating the phenomenological qualia of consciousness are field-like, spanning multiply connected spacetime frames, like an entanglement nexus of awareness. Such an elucidation of the mechanisms of awareness begins to place consciousness at a more intrinsic and integral level within the physical dynamics of nature and brings into question the purely emergentist perspective that consciousness is an inconsequential epiphenomenological state of brain activity.

Additionally, it begins to address and solve other problematic areas of the science of consciousness. Particularly, that consciousness is, almost by definition, a purely subjective phenomenon. Subjective generally refers to something that exists only in the experience of the observer. There are qualities of “real things” that we experience—referred to as subjective qualia—such as sight, smell, taste, and feeling.

The common logic is that these subjective qualia do not actually exist, certainly not in the “real world,” but are only ephemeral states generated in the awareness of the conscious experiencer, whose consciousness itself is veritably a hallucinatory state induced by complex electrical signaling in the brain (i.e. not real either). If something is subjective, ostensibly it cannot be objectively quantified.

Therefore, consciousness is not something that can be described by science, it is a philosophical issue— aside from describing the underlying electrical signaling activity of the brain that is real and physical. However, describing biochemical and electromagnetic correlates of behaviors and states of awareness is easy, the hard problem(1) is describing how electrical signaling generates an experiencer, the internal experience of the consciousness. But, how do you objectively quantify or measure an internal state or qualia experienced within the consciousness of an aware entity?

Objective quantification is thought to occur outside and beyond the subjective nature of the observer, such as the weight, length, or location of an object. Note that the “objective” phenomena I have just listed are all subject to the observer’s relative frame of reference, such that observers moving at different accelerations (in different spacetime frames of reference) will measure different values for weight, length, location, and even time—and all observers will be correct with their different measurements! Not very objective at all, but this is the fact presented by the theory of relativity.

In our research paper, Unified Physics and the Entanglement Nexus of Awareness, this is referred to as the subjective–objective dichotomy of consciousness science. In our research, the subjective–objective dichotomy is resolved by evaluating the physical mechanics of brain-to-environment interactions (or even just cell-to-environment interactions) within the elucidative framework of the unified spacememory network—first described in our earlier publication The Unified Spacememory Network; from cosmogenesis to consciousness, Nassim et al., Journal of NeuroQauntology, Vol 14, No 4 (2016).

The unified spacememory network describes quantum physics as a property of the fundamental information structure (geometry and Planck voxelization) of spacetime. In this solution to a unified physics of quantum and relativistic regimes, phenomenal quantum mechanical states are not just the result of “quantum weirdness”, but instead arise from an underlying multiply-connected spacetime geometry.

Phenomena like quantum entanglement, therefore, emerge from the multiply-connected geometry of spacetime, leading to the description of this quantum geometrodynamics of spacetime as the entanglement nexus of spacememory. So, what does this mean? Well, the information exchange between spacememory and the biological system is a major driver of organizational structure and synergy leading to non-random order.

As can be imagined, non-random order and highly coherent and directed biomolecular dynamics are needed to engender and coordinate conscious experience in the organism. This informational interaction of the biomolecular system with the most fundamental field of information, spacememory, results in the generation of strong coherence, also known as entanglement and nonlocal interaction. Since spacetime is the one thing connecting all things, an entangled state within the brain (or body or cell) is exchanging information with the entire system (the universe) via the entanglement nexus of spacememory.

Therefore, in the “real world”, there is no color blue. The color blue is a symbol generated in the simulacrum of the external world by the conscious entity, a symbol that is only a representation of the real property of that electromagnetic radiation which is a wavelength at ~490 to 450 nm. The wavelength is what objectively exist in the real world, but the universe has no quality of “blue” except for the experience of it in the virtual world of the experiencer.

This is a prime example of what RSF refers to as the disconnected worldview, a systemic impediment in science that results from the inability to fully apply the understanding that everything is integrally connected within the universe. So, let’s re-examine the situation taking into account the entanglement nexus of spacememory described in the publication, Unified Physics and the Entanglement Nexus of Awareness.

Strong coherence and entanglement are being generated constitutively within the biological system, and, as described, these quantum states are the result of dynamics occurring in the multiply-connected spacetime metric. Entanglement occurs when systems interact, and the conscious organism is constantly in interaction with the environment, which is the source of external stimuli generating experiences within the internal awareness of the organism. This means that the biomolecular activity corresponding with perceptive awareness of external stimuli is coupled to the external environment through entanglement, which is an information exchange with the holographic field of the spacememory network.

This means that the experience within the awareness of the conscious observer, such as the perception of the color blue, is not occurring solely within the subjective mind of the observer, but instead there is an information exchange via the entanglement nexus of spacememory such that internal qualia of the conscious entity imprints the putative subjective qualities into the properties of the external objective phenomena.

In this way, the universe “knows” the color blue, and in fact, the wavelength of light corresponding to that perception is influenced by the subjective experience and is imbued with the qualities of “blue.” This applies to all external objects, which are imbued from the collective qualitative experiences of all conscious observers.

This has some interesting implications such as considering the unity of experience, as the color blue can be experienced in an infinite number of different ways by all the different conscious observers, and there is no way to know how someone else experiences the color blue. However, if the wavelengths corresponding to the color blue are actually informed via the entanglement nexus of spacememory about the quality of the color blue, then it is very likely that all observers experience it in the same way—such that it is no longer entirely subjective.

The external objective world thus has a sense of beauty, or other qualitative characteristics, and the subjective mind of consciousness is not separate and distinct from the hitherto assumed objective world. Consciousness therefore plays an intrinsic and integral role in influencing the behavior and characteristics of the physical world, just as the physical world influences and shapes the mind of the conscious experiencer. The subjective–objective dichotomy is therefore shown to be an incomplete and obsolete assumption of the nature of reality and our relationship to it.