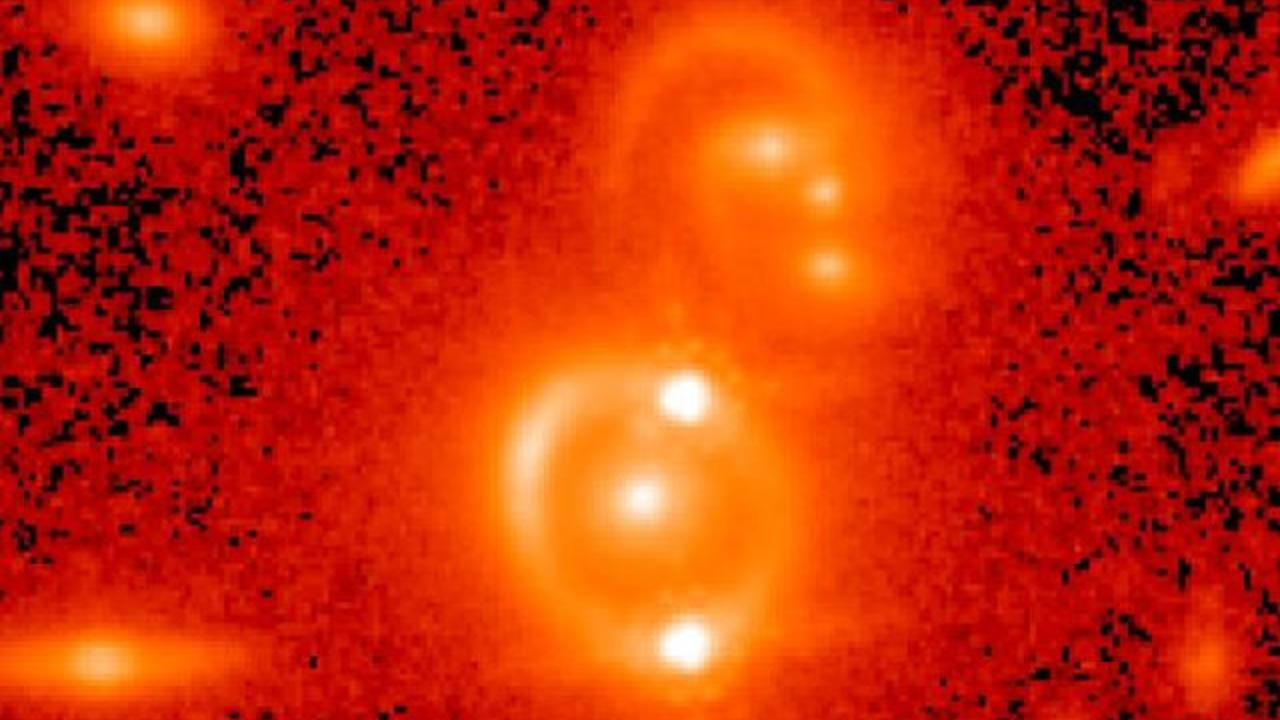 The expansion of the universe, as characterized by the Hubble constant, now has a new variable to add to the equation – the light from quasars!

The Hubble constant has long been a topic of debate with early measurements implying values of 625 km/s/Mpc and 500 km/s/Mpc. The latter value was found in 1928, by Edwin Hubble, through his observational studies of the recession velocities of galaxies. Hubble found that the recession velocity of galaxies increased with increasing distance at a proportional rate, now known as the Hubble constant. Since then, the techniques for determining the Hubble constant have undergone much improvement, yet a discrepancy still exists between the different measuring techniques.

The recession velocities of standard candles in the form of Supernovae Type 1a, give a value of 73.48 km/s/Mpc with 2.3% precision. Read more here  and here. However, the alternative method for measuring the Hubble constant – from the cosmic microwave background (CMB) – yields a slightly lower number of 67.4 km/s/Mpc with < 1% precision, see here.

If that wasn’t enough, now there is another method to add to the mix!

A team of researchers from UCLA decided to solve the discrepancy problem by looking to another light source that had previously been over-looked. They chose to study the light emitted from quasars – luminous active galactic nuclei (AGN) powered by massive black holes – and specifically quasars whose light had been bent by the gravity of an intervening galaxy. This effect is known as gravitational lensing and in some cases produces two images of the quasar on the sky – one of the original and one of the lensed. In such a case, the lensed image will be observed before the original image, thus as the quasar fluctuates in brightness the images will appear to flicker one after the other. Provided we have knowledge about the redshift of both the quasar and the intervening galaxy, as well as the gravitational effects of the intervening galaxy, the distance of the quasar can be deduced.

To put this method to the test, it was decided that the guinea pig would be the well-known quasar SDSS J1206+4332. Utilizing several years’ worth of observations, a precise measurement of the time delay was determined, and the resulting Hubble constant was found to be 72.5 km/s/Mpc.

This value is in good agreement with the value found through supernovae studies, and thus is a good confirmation of both techniques. However, we are still left with the same question as to what causes this The CMB is the oldest relic of our Universe whereas cepheid variables and type 1a supernovae are much younger than the CMB, so a clue could be in the age of the object that the measurement is being made from? Quasars are not as old as the CMB but are generally older than type 1a supernovae. So, if age has something to do with the discrepancy then you would assume that quasars would yield a slightly lower value than that found from supernovae studies, but not nearly as low as the values found from CMB studies. Maybe a unified picture can help us to solve this mystery. Keep watching this space!