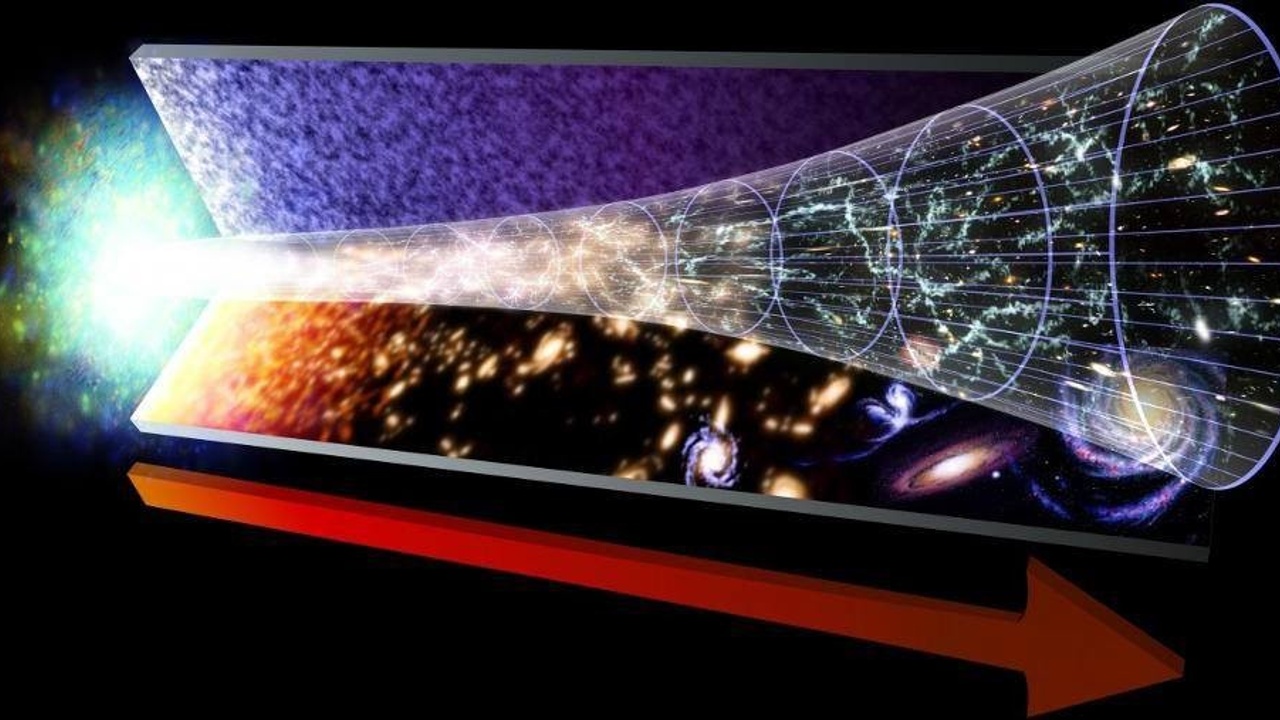 In Penrose and similarly-inclined physicists' history of space and time (which they call conformal cyclic cosmology, or CCC), universes bubble up, expand and die in sequence, with black holes from each leaving traces in the universes that follow. And in a new paper released Aug. 6 in the preprint journal arXiv—apparent evidence for Hawking points in the CMB sky— Penrose, along with State University of New York Maritime College mathematician Daniel An and University of Warsaw theoretical physicist Krzysztof Meissner, argued that those traces are visible in existing data from the CMB.

Daniel An explained how these traces form and survive from one eon to the next.

"If the universe goes on and on and the black holes gobble up everything, at a certain point, we're only going to have black holes," he told Live Science. According to Hawking's most famous theory,  black holes slowly lose some of their mass and energy over time through radiation of massless particles called gravitons and photons. If this Hawking radiation exists, "then what's going to happen is that these black holes will gradually, gradually shrink."

At a certain point, those black holes would disintegrate entirely, An said, leaving the universe a massless soup of photons and gravitons.

"The thing about this period of time is that massless gravitons and photons don't really experience time or space," he said.

Gravitons and photons, massless light speed travelers, don't experience time and space the same way we — and all the other massive, slower-moving objects in the universe— do. Einstein's theory of relativity dictates that objects with mass seem to move through time slower as they approach the speed of light, and distances become skewed from their perspective. Massless objects like photons and gravitons travel at the speed of light, so they don't experience time or distance at all.

So, a universe filled with only gravitons or photons will not have any sense of what is time or what is space," An said.

At that point, some physicists (including Penrose) argue, the vast, empty, post-black-hole universe starts to resemble the ultra-compressed universe at the moment of the big bang, where there's no time or distance between anything.

"And then it starts all over again," An said.

So, if the new universe contains none of the black holes from the previous universe, how could those black holes leave traces in the CMB?

Penrose said that the traces aren't of the black holes themselves, but rather of the billions of years those objects spent putting energy out into their own universe via Hawking radiation.

"It's not the black hole's singularity," or it's actual, physical body, he told Live Science, "but the… entire Hawking radiation of the hole throughout its history."

Here's what that means: All the time a black hole spent dissolving itself via Hawking radiation leaves a mark. And that mark, made in the background radiation frequencies of space, can survive the death of a universe. If researchers could spot that mark, then the scientists would have reason to believe that CCC vision of the universe is right, or at least not definitely wrong .

To spot that faint mark against the already faint, muddled radiation of the CMB, An said, he ran a kind of statistical tournament among patches of sky.

An took circular regions in the third of the sky where galaxies and starlight don't overwhelm the CMB. Next, he highlighted areas where the distribution of the microwave frequencies match what would be expected if Hawking points exist. He had those circles "compete" with one another, he said, to determine which area most nearly matched the expected spectrums of Hawking points.

This isn't the first time that Penrose has put out a paper appearing to identify Hawking points from a past universe. Back in 2010, he published a paper with the physicist Vahe Gurzadyan that made a similar claim. That publication sparked criticism from other physicists, failing to convince the scientific community writ large. Two follow-up papers (here and here) argued that the evidence of Hawking points Penrose and Gurzadyan identified was in fact the result of random noise in their data.

Still, Penrose presses forward. (The physicist has also famously argued, without convincing many neuroscientists, that human consciousness is the result of quantum computing.)

Asked whether the black holes from our universe might someday leave traces in the universe of the next eon, Penrose responded, "Yes, indeed!"