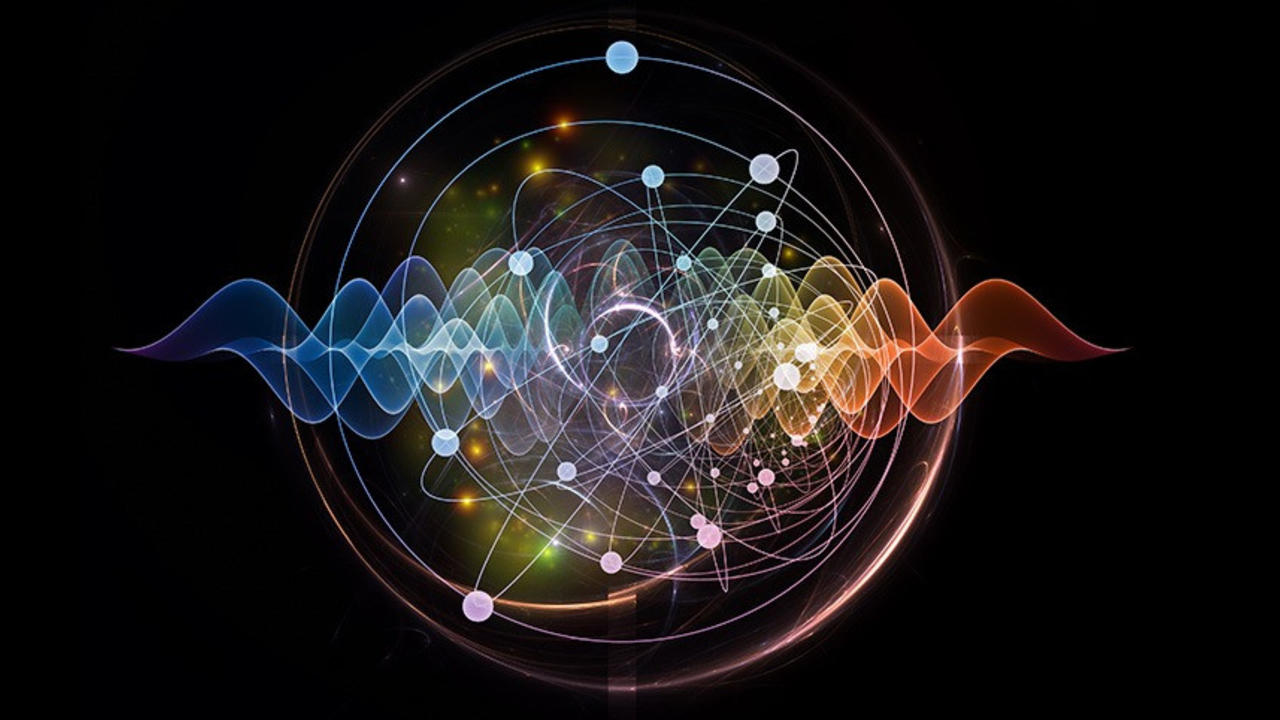 This chiral effect is notably present in DNA molecules or in the photosynthesis process. In the first case, spin selectivity is observed and could play an essential role at the quantum level to code information. The involvement of electrons in information transmission and the CISS effect within the chiral DNA polymer has been confirmed by previous studies: i.e. DNA Acts Like a Wire to Conduct Electron Signals Between Proteins for Repair and Replication.

In photosynthesis, the electron’s high conductivity is a key component inside the photosynthetic protein–pigment complexes. The conductivity of the photosynthetic apparatus is due to its geometric and atomic structure. The main function of the light-harvesting complexes is to gather light energy and to transfer this energy to the reaction centers for the photo-induced redox processes in which a high and efficient electron transfer is essential.

The photosynthetic machinery produces high energy electrons that should quickly react with other atoms within the complex. However, because of the unique molecular structure and quantum properties of biomolecules within the living system, the high energy electrons are transferred with 100% efficiency within the photosynthetic core. This is the opposite result of what was expected from physicists, who generally regards the cell as a disorganized, chaotic environment that should be wholly inhospitable to maintaining quantum states. However, because of the unique structure of biomolecules, producing properties like the CISS effect, the cellular machinery is observed to be able to transmit high energy electrons with 100% efficiency—a level of efficiency usually only seen in superconductors.

Due to the CISS effect, electron-transfer in chiral molecules is spin dependent. The phenomenon is particularly visible in the spin-selective transmission of electrons through self-assembled monolayers of double-stranded DNA. In this case, spin polarization is higher than any other known spin filters and the spin-polarized photoelectrons are observed even when the photoelectrons are generated with unpolarized light. 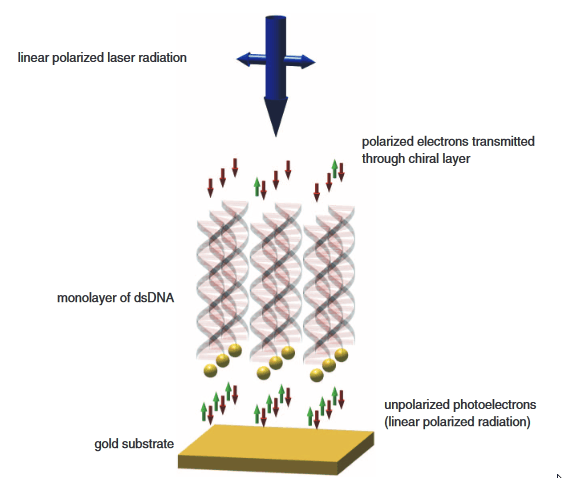 A scheme describing the monolayer of dsDNA as spin filter. Unpolarized electrons are ejected from the gold substrate by a linearly polarized light. Most of the electrons transmitted through the DNA are polarized with their spin aligned antiparallel to their velocity. The electrons that are not transmitted are captured by the DNA and tunnel back to the grounded substrate within the time period between two laser pulses.

This would be a great contribution to society, as it may enable a whole new approach to the future of electronics.

Electron spin effect on molecular biology illustrates how quantum mechanic is intimately to molecular biology. It also shows how Nature is using quantum information as a quantum computer to store and manage data in its core processes. And everything is spinning

"When we study physical systems in nature, we can readily see that there are fundamental patterns that can be found at all observable scales/" – Nassim Haramein