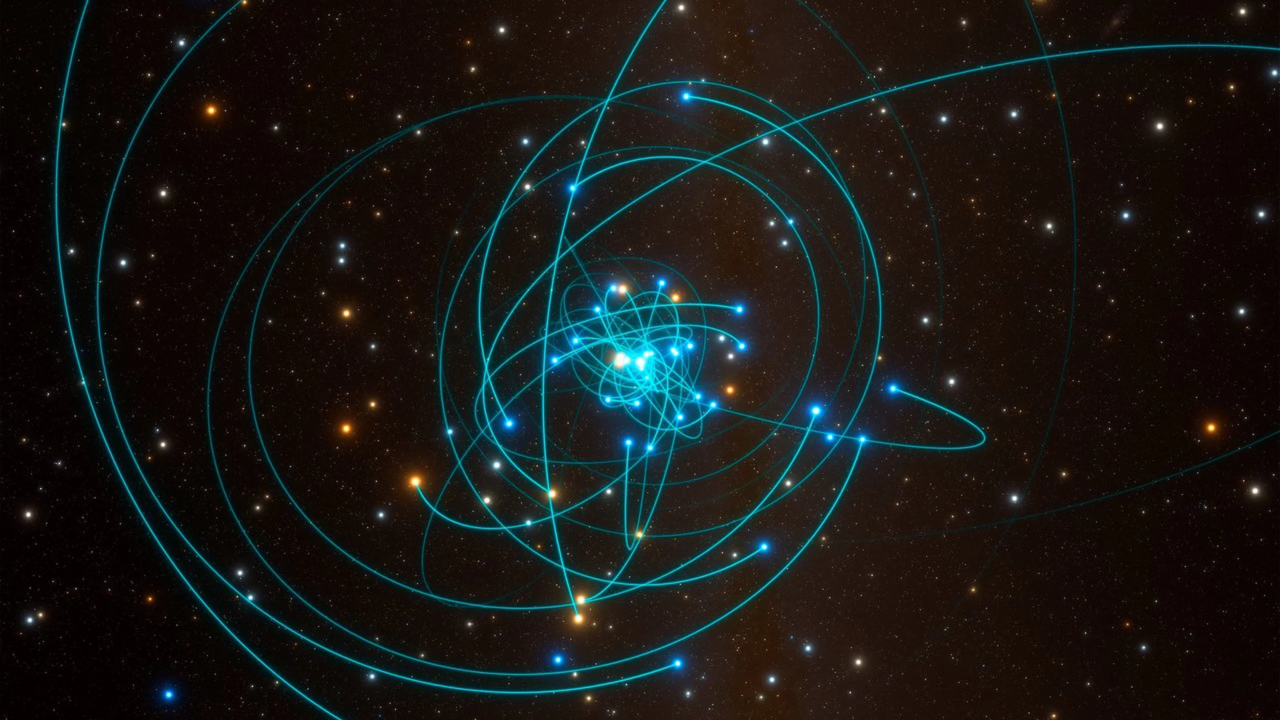 General relativity tells us that light will be affected by gravity. This so-called bending of spacetime has now just been observed in the warped light of a star orbiting the Milky Way’s very own super massive black hole (SMBH) - Sagittarius A*.

The bending of light due to the presence of a massive object - where the massive object is blocking its path and refocusing it, like a lens – is known as gravitational lensing. The light will be traveling at a constant speed along curved space – the medium or path has therefore not changed, and so no energy is lost. However, if the photon of electromagnetic radiation moves away from the curved path then energy will be lost, and the wavelength will be increased – this is known as gravitational redshift.

Utilizing infrared observations made at the Very Large Telescope in Chile, astronomers were able to follow a group of high speed stars that orbit the SMBH - Sagittarius A* - and confirm the effects of gravitational redshift as predicted by Einstein’s general relativity. Located 26,000 light years away, this region of the Milky Way has been watched for over 20 years with the hope of observing the effects of gravity. However, it wasn’t until May this year when a star known as S2, travelling on its 16-year orbit at a speed of 15.5 million mph (25 million km/h), came extremely close to Sagittarius A*. This allowed astronomers to obtain the required high-resolution data to observe the changes in wavelength and verify that its motion did indeed show the effects of general relativity.

Gravity is an attractive force, but we need to remember it’s not some independent entity operating on its own. This attractive force is a resultant force, an emergent property, of that very prevalent dynamic in the universe known as spin. When something spins, you have outward repulsive forces and inward attractive forces both resulting from and dependent on the spin dynamic. This inward gravitational force due to the spin dynamic agrees with Einstein’s general relativity – it just thinks about it from a different perspective in line with quantum gravity. The effects of gravity on the photon energy will thus be the same as those predicted by Einstein.

This is the first time that the effects of gravity have been observed around a SMBH and thus not only proves Einstein was right once again, but also has huge implications to our understanding of gravity at the cosmological scale.