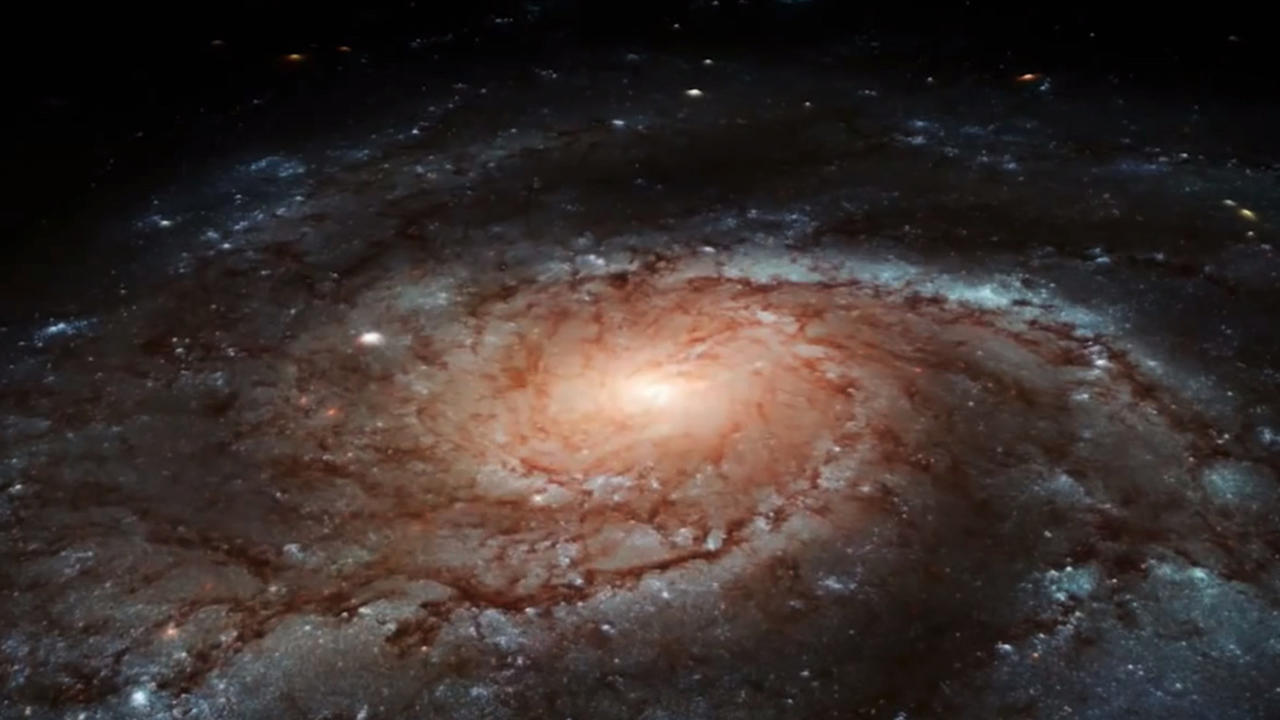 The main ingredient of galaxies does not seem to be so significant – as for the first time it seems the universe made a galaxy without dark matter.

Dark matter is a hypothetical form of matter theorized to explain the anomalous rotational velocities of galaxies. According to the laws of physics for a galaxy to exist it needs more mass than what is observed – this extra mass is in the form of dark matter. However, although thought to account for 27% of the Universe and be the significant ingredient in galaxies it still remains a mystery with no agreement on what it actually is. Find out more here.

With more and more debate as to the actual existence of dark matter a new discovery has put a spanner in the works and discovered a galaxy lacking one ‘vital’ ingredient – dark matter!

In 2015 a team of astronomers discovered the ultra-diffuse galaxy NGC1052-DF2. It was deemed a bizarre new type of galaxy that appeared to show no signs of dark matter. Initially skeptical, the team led by Pieter van Dokkum have recently confirmed their observations with two new independent studies.

Utilizing the Keck Cosmic Web Imager (KCWI) at the W. M. Keck Observatory, the team were able to gather precise measurements of the galaxy’s globular clusters. These densely packed spherical collections of ancient stars were found to be moving at a speed consistent with the galactic mass. If dark matter were present, then the globular clusters would be moving much faster.

If that wasn’t enough a second galaxy NGC1052-DF4 was found to exhibit the same results.

These galaxies are as large as the Milky Way but contain 100-1000 fewer stars making them much less dense as their name ‘ultra-diffuse galaxies’, suggests.

The hope is that more of these galaxies will be found and help in solving the mystery of dark matter. As stated in their paper “The origin of these large, faint galaxies with an excess of luminous globular clusters and an apparent lack of dark matter is, at present, not understood.”

These diffuse galaxies although as large as the milky way do not contain as many stars, making them much less dense. This follows the unified physics perspective where scale invariant physics is key.