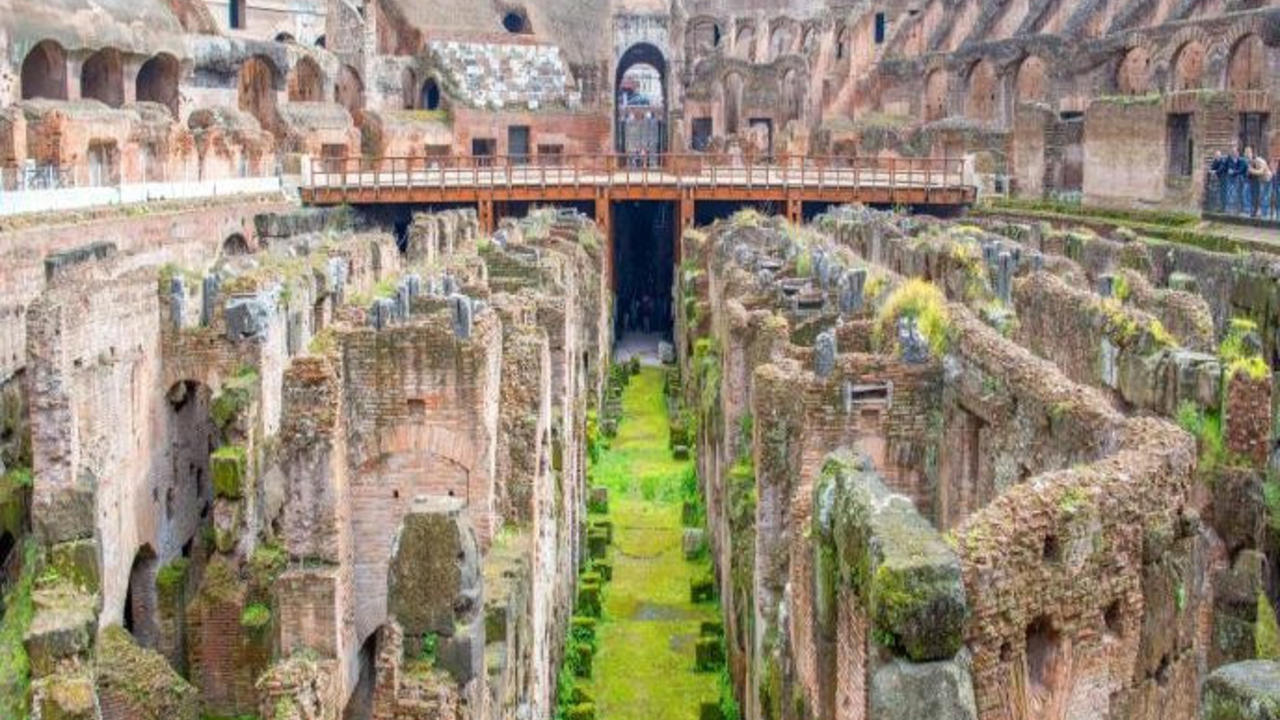 Ancient metamaterials: The Colosseum in Rome could be protected from earthquake damage by a seismic invisibility cloak. (Courtesy: Bengt Nyman/CC BY 2.0)

Best known for their use as invisibility cloaks, metamaterials are made from large arrays of tiny resonators that manipulate light and other electromagnetic waves in ways that are not typical of other more naturally occurring materials. The ability to manipulate waves in anomalous ways is not just restricted to those of electromagnetism, but to acoustic waves as well.

Previously Resonance Science has reported on the development of novel acoustic metamaterials that can bend, shape, and focus sound waves, some advancements of which can do so with almost perfect efficiency of the metamaterial to redirect sound, and even devices such as SoundBender that allows a sonic tractor beam to grab objects from behind obstacles.

The technological applications for this breakthrough in materials science and understanding the behavior of wave phenomena in light and sound are myriad, however a particularly useful application may be to improve the resistance of buildings and other man-made structures to withstand earthquakes.

Since the architectural arrangement of the metamaterial is a major factor in its unusual properties, the ability to bend and direct sound can be induced in many different structures as long as they conform to the mathematics underlying the conformational arrangement of a metamaterial. This has led some researchers to the idea of replicating the arrangement of metamaterials – using holes or posts of some kind – to divert seismic waves around vulnerable buildings.

Metamaterials are man-made materials comprised of structures whose electromagnetic, acoustic, or thermal properties are deliberately engineered to offer a range of response difficult or impossible to achieve in naturally occurring materials or composites. Some astounding applications of metamaterials include (but are not limited to); negative index of refraction (where magnetic and electric response are simultaneously negative), “Perfect” (sub-wavelength) lensing, acoustic and electromagnetic “invisibility” cloaking, and redirection of EM or sound waves.

A team that has been actively working on this application have already demonstrated the efficacy of this idea. Stéphane Brûlé and civil engineers at the company Ménard in Lyon, together with researchers at the Fresnel Institute in Marseille, demonstrated in 2012 that seismic waves could be reflected back to an acoustic source by drilling a two-dimensional array of boreholes into top soil, each 5 m deep.

Remarkably, in researching and testing this application the team has made a stunning observation—that many ancient megalithic structures conform nearly precisely to metamaterial architectural arrangements, leading them to suggest that ancient builders may have intentionally constructed large structures in this unique way in order to imbue them with resistance to seismic events like earthquakes. The Colosseum in Rome is a superlative exemplar of the uncanny similarity between some ancient structures and metamaterial architecture.

Brûlé was studying images of the foundations of a Gallo-Roman theatre near the town of Autun when he realized that it bore an uncanny resemblance to on half of an invisibility cloak. Superimposing a photo of the ancient structure with a 20 cm-diameter invisibility cloak built by Brûlé and colleagues at the Fresnel Institute, it was found that the theatre pillars and the elements of the cloak lined up almost exactly – each being arranged on a series of concentric (semi) circles that get closer to one another at smaller radii.

In the study of ancient structures, many researchers have conducted experiments and detailed observations that demonstrate architects of antiquity had a profound understanding of the resonance behavior of light and sound and how to manipulate or engineer such resonant properties with tools and the stone and megalithic structures they built.

The Resonance Science Foundation is particularly interested in this remarkable application of resonance technology dating back to many thousands of years ago, and physicist Nassim Haramein has even described how large stone structures that defy reason to explain how they were moved could have been done so utilizing resonant-based levitation technology. We may only now be rediscovering knowledge and technology—like metamaterial architectural design—that was being applied thousands of years ago for everything from safer structures to healing.

Modern day researchers are applying this thinking to cities of the future by studying how dense groups of tall buildings such as skyscrapers can act collectively as metamaterials. The idea, says Brûlé, is that those buildings modify passing seismic waves by vibrating and then acting as secondary sources that re-emit part of the initial seismic energy. In future, he reckons, smart cities could perhaps be arranged such that buildings divert seismic waves away from central areas containing essential services or schools, and that they could even tap some of waves’ energy to produce electricity.