Acoustic Tractor Beam Can Grab Objects From Behind Obstacles 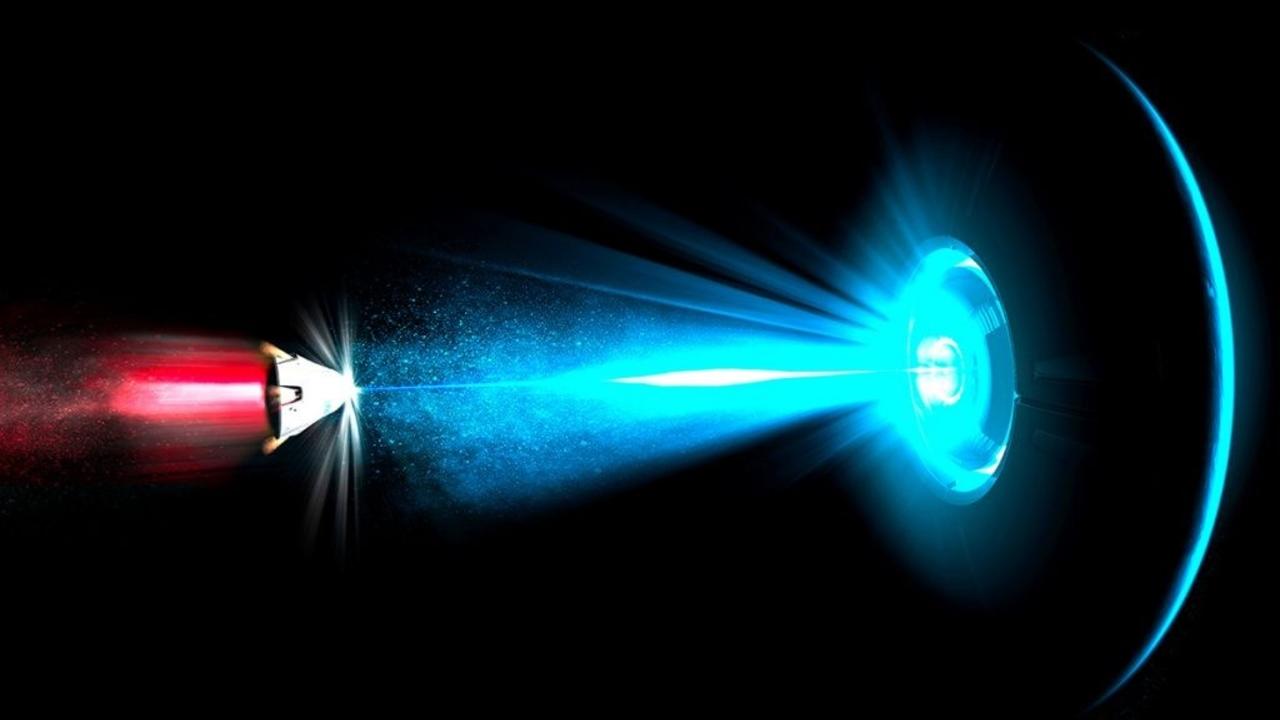 An acoustic tractor beam that can bend sound around an obstacle to levitate an object on the other side has been created by researchers in the UK. Dubbed SoundBender, the device combines an ultrasound transducer array with an acoustic metamaterial.

In recent years, researchers have used transducer arrays to build sonic tractor beams that can create complex acoustic holograms to manipulate objects in mid-air. Acoustic metamaterials are engineered materials with structural properties that do not usually occur naturally. They have been used to produce acoustic holograms, bend beams of sound and create static acoustic levitation devices. But the team behind the SoundBender, based at the University of Sussex, say that these technologies have key limitations. 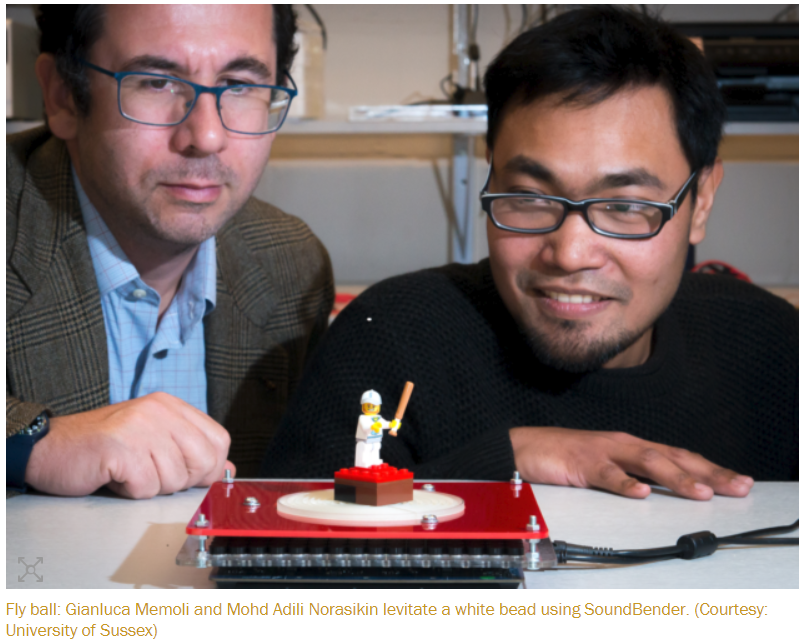 Devices based on transducer arrays cannot bypass obstacles that lay between them and the levitating object. Furthermore, the complexity, or resolution, of the sound fields they produce is constrained by the physical size of the transducers. An important drawback of using acoustic metamaterials is that the shapes of the sound fields they create are static and cannot be adjusted.

“A metamaterial is passive (like a lens for light), so we can theoretically put more energy in the sound,” Gianluca Memoli tells Physics World. “Each unit cell in the metasurface becomes like an additional source, which encodes phase engineering on the sound going through – just like an holographic plate. The only problem is that metamaterial-based holograms are static.”

SoundBender was unveiled earlier this month at the 31st ACM User Interface Software and Technology Symposium in Berlin. It comprises a metamaterial created from 16 different 3D-printed bricks on top of a programmable array of 16×16 off-the-shelf loudspeakers, operating at 40 kHz. The metamaterial provides a low modulator pitch to create high resolution – but static – acoustic fields. The transducer array adds dynamic amplitude and phase control of the field.

The team used SoundBender to create self-bending beams of sound that can bypass obstacles to create acoustic holograms. One experiment involved creating a pressure point to provide haptic feedback above a solid object. The team also levitated a polystyrene bead above a LEGO baseball figure and passed sound around the flame of a candle (see video).

If we start thinking of sound like light, imagination becomes the limit

The sound field can also be stretched and steered, which allowed the team to move the haptic feedback point. They could also shift the position of the levitated bead by 2 cm on the horizontal axis and 8 cm up and down they were even able to adjust the angle of the candle flame.

“Controlling where sound goes is [currently] expensive and limited in capability, and therefore we need tens of speakers to have sound that goes behind obstacles – like while blasting tumours with ultrasound behind the ribs,” Memoli says. “In a world where sound management is becoming a key aspect of our everyday life, we show that control can be achieved at the source, augmenting existing sound technologies with metamaterials. If we start thinking of sound like light, imagination becomes the limit.”

Asier Marzo, a researcher at the University of Bristol, who was not involved in Soundbender, but has worked with some of the Sussex team in the past, says, “A metamaterial can achieve better focusing since the elements are smaller than the ultrasonic emitters of a phased-array. Combining metamaterials and arrays seems like a great idea, I would like to see if this combination improves the focusing at all points or just at certain positions. Levitating around an object has interesting applications in medicine and human-computer-interaction. Perhaps metamaterials could be applied to remove the annoying side lobes – undesired secondary focal points – that are generated by most of the phased-arrays.”

More to explore on RSF News 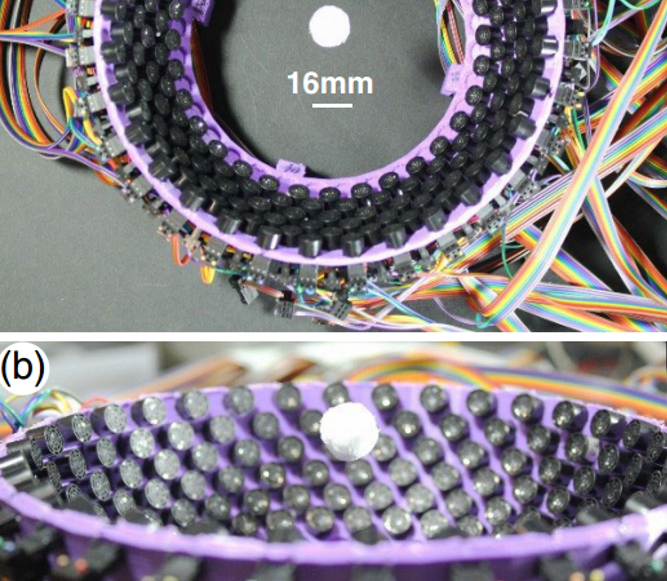