A Tiny Galaxy With A Big Heart! 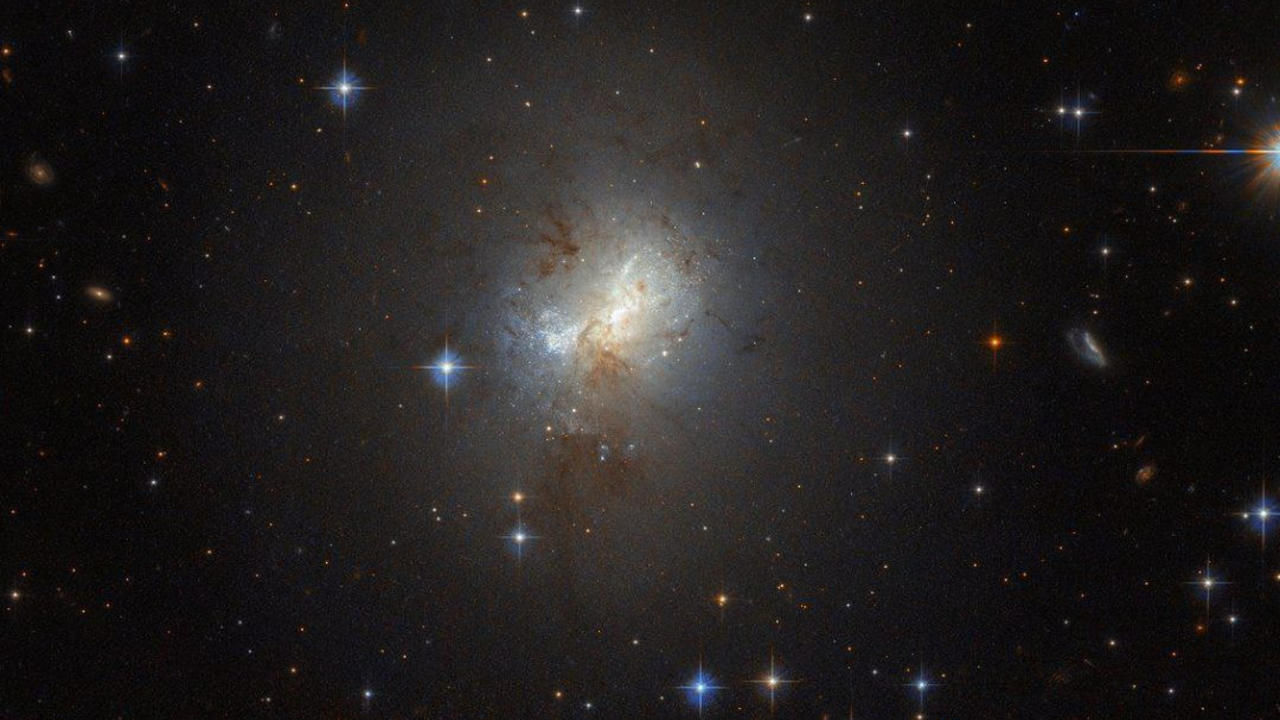 Evolution of our understanding of Black Holes (BH) has gone from the mathematical outcome with no physical counterpart, up to their detection at the center of various galaxies and visualization of their shadow through the reconstructed image presented for the first time just a few months ago by the EHT global initiative (https://resonancefdn.oldrsf.com/the-first-image-of-a-black-hole-is-finally-here/). Now it is thought that every galaxy hosts a BH in its core. When the first BHs were inferred from cosmological observations, we believed they were an extravagant exceptional behavior in the universe. Since, they have proven not so exceptional as they are detected with increased frequency, but they remain an extravagancy, and not for the same reasons.

ESO 495-21 is a galaxy just 3.000 light years across in diameter, very small compared to the almost 53.000 of our Milky Way galaxy. Located 30 million light years away in the constellation of Pyxis, it presents two contrasting features with respect to our galaxy; it forms huge numbers of stars and it hosts an enormous BH in its center, much bigger that what could be expected by its galactic size.

Galaxies that form stars at exceptionally high rates -star nurseries- create stellar newborns up to 1000 times faster than our galaxy, and are called Starburst galaxies. ESO 495-21 is a dwarf starburst galaxy because it is small in size. Usually we would expect that bigger the galaxy more massive the BH in its center. If our galaxy hosts Sagittarius A*, a supermassive BH over four million times as massive as our Sun, one would expect Henize 2-10 -the BH at the center of ESO- to be much smaller. But, the second intriguing observation is that ESO 495-21 galaxy -a 3% size of our galaxy- hosts a supermassive BH at its core, million times as massive as our Sun, too!

This extremely unusual scenario raises questions about our current astrophysical models and the relation between Black holes, galaxies and the universe. This finding is a strong indication that black holes may have come first, and that galaxies form and evolve around them. The question is, how?

do the galaxies form first and then crush material at their centers into black holes, or do pre-existing black holes gather galaxies around them? Do they evolve together—or could the answer be something else entirely?

The NASA/ESA studied the activity bursts and explored the very dense regions a few million years old within ESO 495-21, and the data comprising the images were gathered by the Hubble Space Telescope with the advance camera for surveys and the Wide Field Planetary Camera 2.

This finding is a strong indication that Black Holes came first, so then a question remains… how can a galaxy form and evolve around it, if we have believed BHs to be devouring monsters? The Unified theory developed by Nassim Haramein finds that BHs not only came first but they are in fact the responsible for the matter and posterior galaxy formation, as he has claimed for more than 25 years. Fortunately, astronomical observations not only have been unable to discard his findings and on the contrary, they point out in that same direction. In this sense we could literally say that the BH at the core IS the pumping heart of the galaxy.